For months, the water taxi company, San Pedro Belize Express has been using the island’s municipal dock without paying any fees to the municipality. As a result, The San Pedro Town Council (SPTC) is unable to collect any fees from them, claiming a monthly loss of thousands of dollars due to the apparent interference of Minister of Tourism and Civil Aviation Honourable Manuel Heredia Jr. SPTC alleges that Heredia advised the water taxi company to refrain from making any payments.

San Pedro Belize Express began using the municipal dock shortly after Hurricane Earl devastated the town in August 2016. Most of the docks on the island’s eastern coast were destroyed, and the two main water taxi companies serving San Pedro Town, Ocean Ferry and San Pedro Belize Express, were forced to find alternative docks to work from. According to Heredia, both companies were to use the municipal dock, located in front of the Central Park, but Ocean Ferry quickly settled in their current location next to Amigos del Mar Dive Shop. At the moment, the municipal dock is being used by San Belize Express and a small sailing boat named ‘La Gaviota,’ which has been docked there for years.
Heredia told The San Pedro Sun, that the trouble has to do with fees not being charged evenly, since San Pedro Belize Express’ boats are not the only ones using the dock. “I have always been in favour of having San Pedro Belize Express pay fees for temporarily using the dock, and I was even in favour of making them pay from the very first time they began using it, some six months ago up to now. But if one gets charged, then the other one needs to pay as well, and so the same deal will need to apply to La Gaviota boat,” said Heredia. He claims that after discussing the idea with Mayor Daniel Guerrero, he received no response. 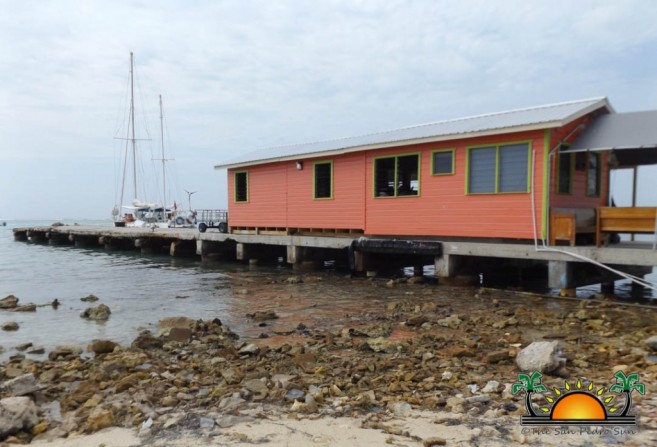 “Speaking outside of politics, I am not against it, but I believe we need to be fair, La Gaviota boat has been there for years without paying fees,” said Heredia. “The moment Town Council decides to start charging them, then San Pedro Belize Express can start paying as well.”
Mayor Daniel Guerrero agrees, but says that one man’s boat cannot be compared to San Pedro Belize Express. “I don’t think is fair to charge La Gaviota,” said Guerrero. “There is a huge difference. Yes, this sailing boat may go out on a tour now and then, but nothing compared to San Pedro Belize Express.” Guerrero stated that there is more to the situation than just fairness as claimed by the Minister.
According to Guerrero, the Town Board is being hurt as they continue to lose revenue, while San Pedro Belize Express benefits due to the interference from Heredia. “The management of the water taxi was willing to continue paying the fee, but they went first to the Minister, who instructed them not to do so,” said Guerrero. “It is unfair to the municipality because those are funds that the community needs.” The SPTC has sent bills to San Pedro Belize Express regarding the outstanding fees, which keep accumulating. The Mayor said that forcing them to pay is not an option, since they are willing to pay. He expects a further dialogue on the matter with Heredia and reach to an agreement very soon. 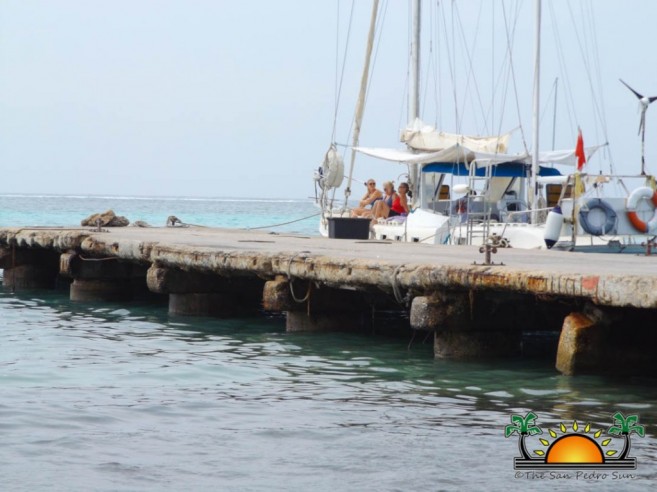 The proprietors of La Gaviota also believe that Minister Heredia’s suggestion is unfair. They stated that San Pedro Belize Express uses the dock throughout the day, while they only use it during the night to dock their sail boat. They admitted to providing private tours whenever they have the opportunity, but claim it is nothing in comparison to the income the water taxi company sees each day. The owners indicated that long before the water taxi company moved to the municipal dock, Heredia had wanted to relocate them. According to them, the dock belongs to the town, but if they are required to pay a fee, they are willing to do so. However, they would like to see some upgrade to the dock. They allege that it has not been renovated for the past 40 years or so, and currently it is becoming dangerous for boats as it is fast deteriorating.
Meanwhile, the SPTC will continue with its plan to dredge the lagoon area of the island leading to the international boat terminal by the Sunset Boardwalk. According to Guerrero, there has been a delay due to constant malfunctioning in the machinery that will be doing the job. However, he expects better equipment to be brought to the island, so that dredging can finally take place. Upon the completion of the dredging, all water taxi services to and from the mainland, including other large vessels on the island’s eastern coast will need to permanently relocate by the lagoon side of the island.