Ambergris Caye and the region once again threatened by Sargassum bloom


The Sargassum seaweed is back, choking Ambergris Caye’s beaches and putting the tourism industry at risk in the Caribbean region. Several Caribbean nations, south-east Mexico and Belize are seriously affected by hundreds of tons of the algae, which continues to arrive in large mats day by day. On Ambergris Caye, one of the areas frequented by tourist is the Boca del Rio strip and has become inundated with Sargassum making it unattractive and affecting all business establishments located on this stretch of beach. 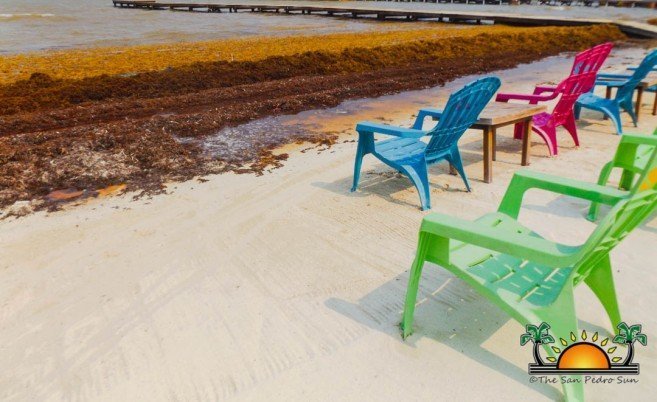 The mounds of decaying seaweed are causing a dent in the economy for the restaurants and bars along the beach. The stench of the Sargassum has led many visitors away from the eastern beaches of the island, where the problem grows every day with fresh seaweed arriving every night. According to a researcher at the University of Florida ISA, the Sargassum seaweed bloom will top the amount recorded in 2018. It is believed that this will take place, depending on environmental conditions and nutrient availability. The university researcher warned that the most immediate impact would be in the Caribbean region. 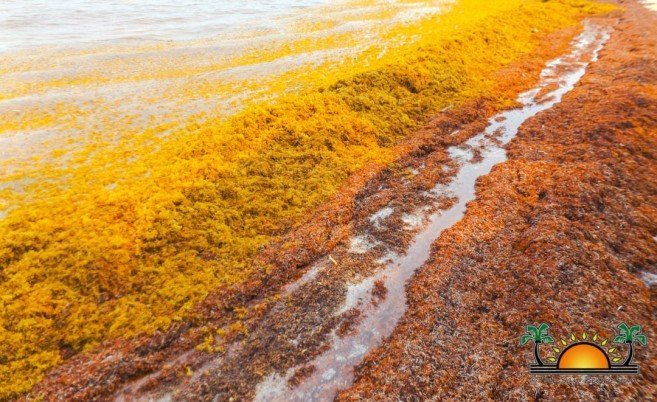 The Sanitation Department of The San Pedro Town Council has been struggling with the situation and were happy to notice a decrease before the Easter Holidays in April of this year. The current situation has them preparing on how to tackle the wave of seaweed. They stated that the Sargassum invasion is becoming a very complicated situation, and they can only hope that the influx will slow down. Meanwhile, a couple of resorts on the island continue to use floating barriers in front of their beach areas. The results have not been as favorable as hoped, as the increase in the arrival of Sargassum has overcome the barriers and is reaching their beach areas. 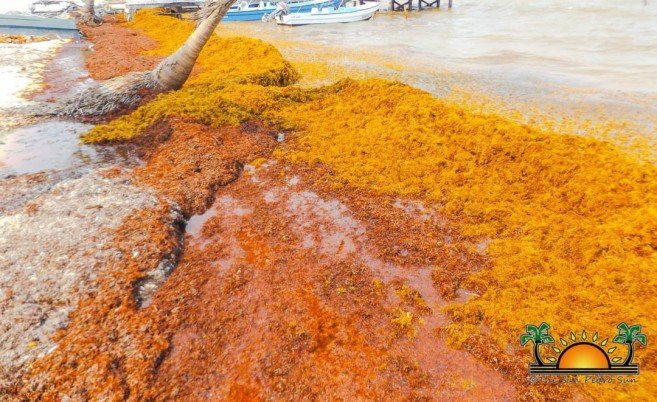 The situation is worsening, up to date there is no concrete solution to the problem that threatens the tourism industry day by day. Minister of Tourism and Civil Aviation Honourable Manuel Heredia Jr., said that the situation is expected to worsen. He mentioned that due to the increase in the influx of the seaweed, he will be attending a meeting with tourism ministers from the Caribbean and Mexico on May 28, 2019 in Cancun, Mexico to discuss the issue and come up with an overall solution. On his return he will brief the media on the outcome of the meeting and what strategies the Government of Belize will take to address the detrimental situation. 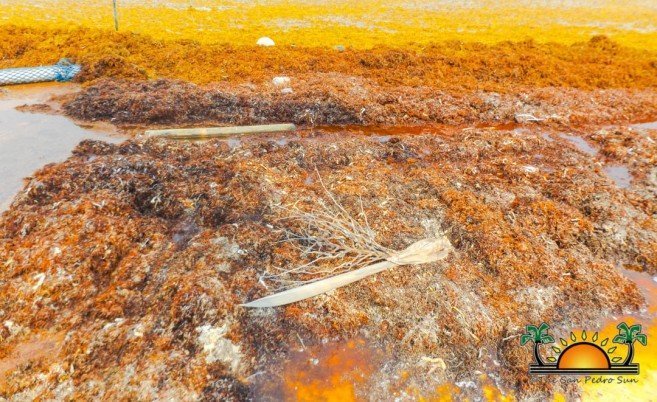 The Sargassum phenomenon is attributed to the overabundance of high-nutrient levels in the ocean due to the inappropriate disposal of industrial waste by developed countries, causing the seaweed to thrive. The Sargassum affecting Belize and the Caribbean region is believed to be still coming from the coasts of South America. The run-off nutrients from industries and agricultural fertilizers into the sea is attributed to deforestation in that area. As the mats grow larger, currents bring the algae to the Caribbean region, Central America, and south-east Mexico. It is feared that another super-bloom like that of 2014 could be brewing in the Caribbean Sea.