After weeks of constant accumulation of Sargassum on the eastern beaches of San Pedro Town, the Sanitation Department at The San Pedro Town Council (SPTC) is reporting a decrease in the influx of this seasonal seaweed on the island. Over the past weeks, large areas of the Boca del Rio strip were inundated with large amounts of Sargassum affecting many business establishments along the coastline. Beach hotels have also been affected. However, they have opted to set barriers in front of their beaches in an attempt to keep their areas free of the seaweed. 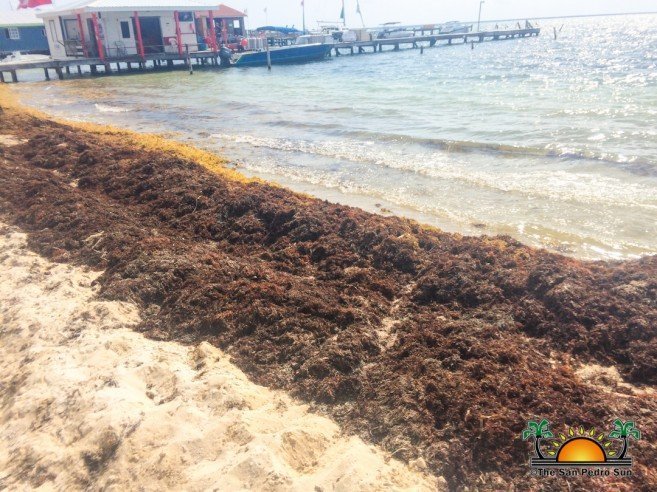 The sanitation personnel at the SPTC stated that the situation has been very challenging over the past three weeks. They are glad to report that as of Monday, April 1st, they noticed a significant decrease in the presence of the brown seaweed. They told The San Pedro Sun that it a similar situation last year that affected the Easter Holidays. “Most people ended up heading to Secret Beach because our front beaches were saturated with Sargassum,” one of the sanitation employees said. “We hope that this decrease continues through the Easter Holidays this year, and we can enjoy the front beaches.” 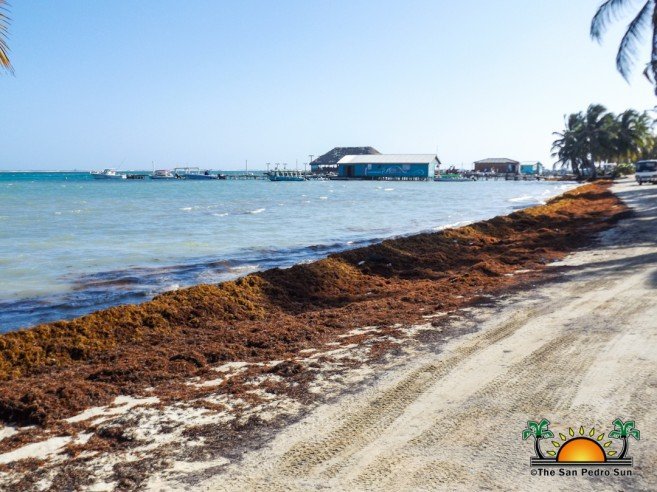 A couple of resorts on the island have invested in floating barriers in front of their beach areas to contain the seaweed. According to them, it is working so far and hopes that one day a permanent solution can be discovered to end the unwanted seaweed. Presently on Ambergris Caye, Sargassum is being used as landfill. However, this method is not encouraged as medical experts in the past have warned of the health hazards the stench of this marine plant can cause as it decays. In a previous interview with The San Pedro Sun Dr. Javier Zuniga, who then worked at the Dr. Otto Rodriguez San Pedro Polyclinic II, decaying Sargasso produces hydrogen sulfide and bacteria that can result in mild skin rash or irritation. He added that it can also cause the eyes to be irritated, and those who are sensitive are most at risk, including babies, the elderly, and those with breathing complications. 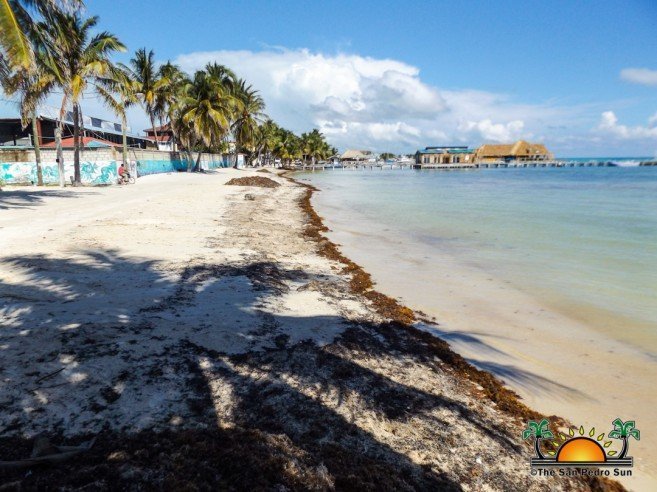 In October 2018, Central Government granted $1.5 million to help contain and control Sargassum in Ambergris Caye, Caye Caulker, Placencia and Hopkins. These funds were to be disbursed through the Belize Tourism Board (BTB). This program became possible on the recommendation of the Sargassum Task Force led by Minister of Tourism and Civil Aviation Honourable Manuel Heredia Jr., BTB Chairman Einer Gomez, and BTB Director of Tourism Karen Bevans. The Task Force indicated that they had assessed the gravity of the Sargassum problem during several visits to these coastal communities. Furthermore, they promised to research and consult in finding a long-term solution to the issue and update the residents and stakeholders of these municipalities of any developments, but to date none are available. A report on how the funds have been used to address the situation is yet to be released. 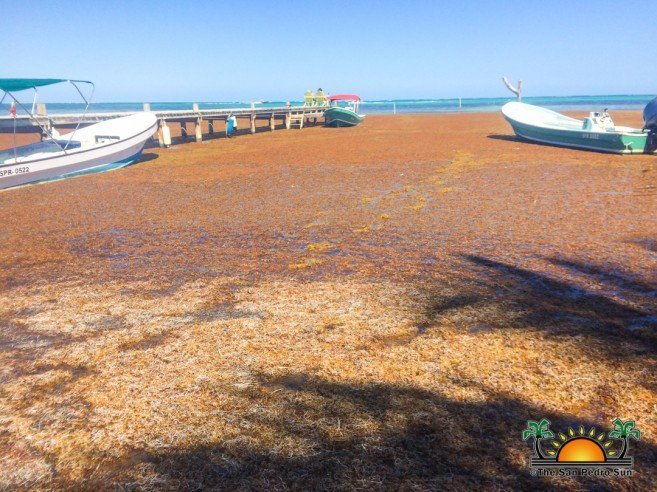 In the meantime, the natural phenomenon, which affects the entire Caribbean has been attributed to the overabundance of high nutrient levels in the ocean and the increased temperature of the water. This has been traced to the inappropriate disposal of industrial waste and agricultural runoff by developed countries, which causes the seaweed to thrive. The Sargassum that continues to plague Belize is believed to originate from South America, where nutrient-rich run-off from industries and agricultural fertilizers into the sea is taking place due to heavy deforestation. All this flow of nutrients into the sea makes it ideal for the rapid amassing of Sargassum. As the mats grow larger, currents take the seaweed to the Caribbean region, where the warm waters add to an even better environment for its survival and growth. This constant increase in its bloom has been recorded since 2014.