With Sargassum seaweed inundating the beaches of the Carribean, south-eastern Mexico, and Belize, local and regional authorities are looking for solutions to dealing with the massive accumulation of algae that threatens the tourism industry. Constant efforts utilizing hundreds of hours of workforce to remove the mounds of seaweed and placing floating barriers along the shores have not been enough to protect our coastal communities. 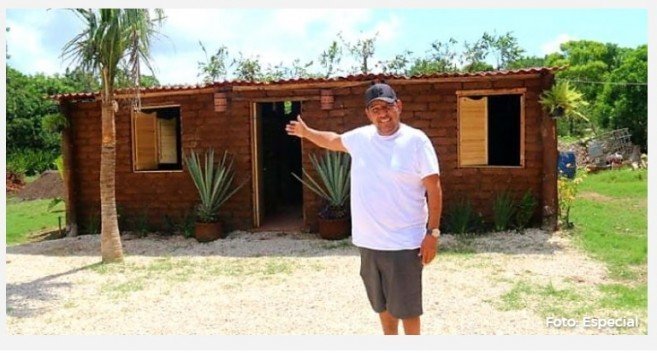 With no clear solution in sight, Belizean authorities and key stakeholders on the island met on Friday, May 24th, with Mexican entrepreneur Omar Vasquez Sanchez, who presented a promising option to finally get Ambergris Caye and other areas of Belize rid of Sargassum by using the algae to build houses. 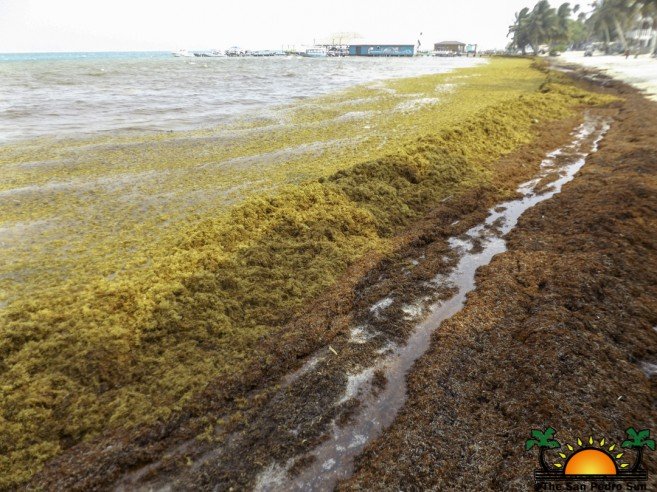 Sanchez, originally from the State of Jalisco north of Mexico City and raised in the United States, hosted a short presentation at El Divino Restaurant south of San Pedro Town about using Sargassum to build houses. Present at the meeting was Mayor Daniel Guerrero, Standard Bearer for the constituency of Belize Rural South of the People’s United Party, Andre Perez, along with representatives from the San Pedro Town Council (SPTC), Belize Tourism Board, San Pedro Chapter of the Belize Tourism Industry Association, and Belize Hotel Association.

The Mexican entrepreneur, currently residing in the Mexican state of Quintana Roo, spoke about his masterpiece, a house he built entirely of Sargassum bricks. Sanchez named the house ‘Angelita’ in honor of his mother. “This project will create jobs and make housing more affordable for low-income families,” he said. Sanchez explained that to create Sargassum building blocks, the method is like making adobe bricks. Water is used to wash the seaweed and make it stiff, and then it is put into brick molds. “The bricks are then left out in the sun to dry for ten days. What is very important is that this material is organic,” said Sanchez. “It is 60% Sargassum and 40% organic.” He indicated that a house built with Sargassum bricks will not be hazardous for anyone’s health and is strong enough to resist inclement weathers even in hurricanes.

“We have done tests at our plant in Mexico, and I am very confident that it can withstand a strong storm,” he said. Sanchez also mentioned that a Sargassum dwelling would not require much maintenance and given the right humidity and climate of the Caribbean region, these houses can last over 100 years.

Sanchez shared that during his childhood, his family never had their own home, and today, he is honored to be able to turn the problem of Sargassum into something positive and build houses for the less fortunate. He is planning to build the first Sargassum house on Ambergris Caye, and if everything goes well, he plans to build more with the support of local authorities and the business sector. Mayor Guerrero welcomed the proposal and ensured Sanchez that the SPTC would help in any way they can for the execution of this project. 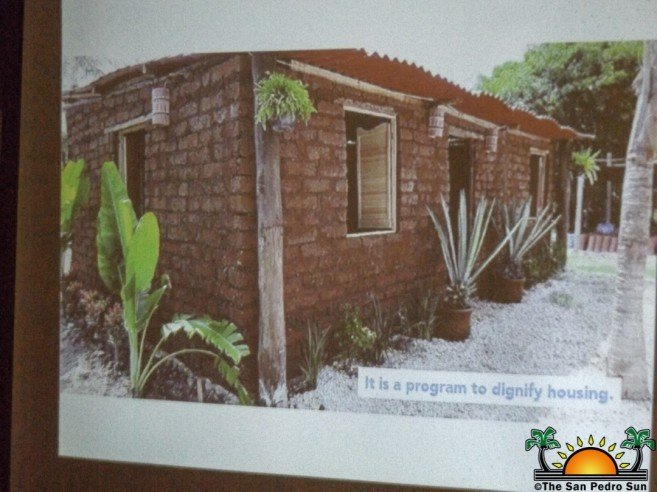 However, before anything materializes with the project on the island, authorities from the SPTC and the business sector are planning a trip to Mahahual, Mexico sometime in June, where Sanchez oversees a plant that produces Sargassum bricks. Sanchez pointed out that currently, they have 100,000 bricks, which are enough to build about 50 houses. “We can build homes for people here on the island and other parts of Belize,” he said. “We would love for Belize to be the first country in the world to champion this project.” 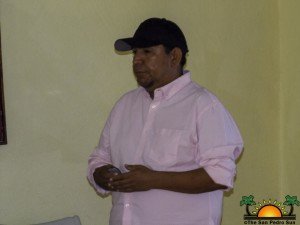 According to him, he has not received adequate support in Mexico. Thus, he has chosen Belize for the genesis of this venture. The project aims to create jobs, keep the island beaches clean and attractive for tourists while providing islanders with low-cost housing.

Sanchez stated that he has been traveling to other countries in the region doing presentations on this project, but Ambergris Caye has become his favorite. He is happy to be able to help others and contribute to the employment sector. He currently owns a nursery in Puerto Morelos, Quintana Roo and is the Director of Blue Green Mexico. Blue Green seeks to create awareness about the environment and assists persons engaged in alcoholism and drug addiction with opportunities. The opportunity is providing jobs as he believes that labor is the best therapy to overcome any addiction.

Sanchez thanked everyone for attending his presentation and looks forward to starting the project on the island soon.