The Sargassum seaweed crisis continues to affect the coasts of many countries within the Caribbean Sea, southern Mexico, and the Central American region. Belize continues to struggle with its share, and efforts on Ambergris Caye to contain the non-stop influx have resulted in the removal of approximately 1,764 tons of Sargassum from the beginning of February to August of this year. The works by The San Pedro Town Council (SPTC), covers an area of approximately one mile, beginning from the public library, across the Roman Catholic Primary School, and north to the Sir Barry Bowen Bridge by Boca del Rio. 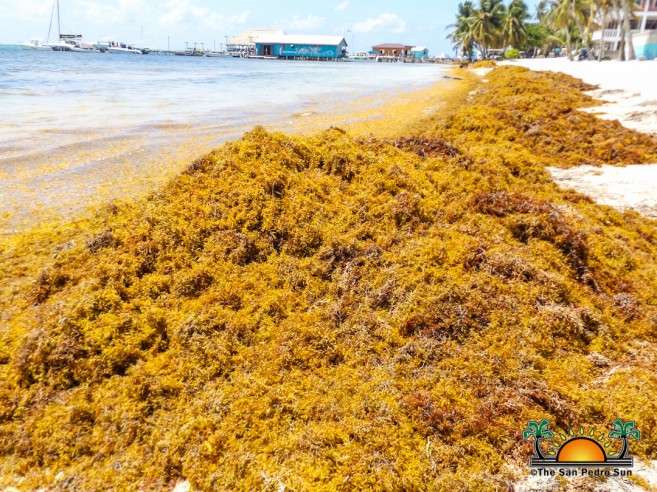 Local authorities have concentrated on removing the daily accumulation of Sargasso within the town core area, particularly on the Boca del Rio beach. SPTC personnel in charge of the clean-up stated that the community, particularly the business sector, has been helping to clean up other parts of the island, particularly in front of their establishments. However, all efforts to keep the island free of the seaweed seems to be fruitless. According to the maintenance department of the SPTC, they remove truckloads of Sargassum on a daily basis, but by the next day, the downtown beach area is full of seaweed again. Many businesses along the coast continue to be affected by Sargassum, which rots shortly after reaching the shores, expelling a strong sulfuric-odor from the decaying biomass. Several beach restaurants and bars say that their clientele has decreased due to the bad smell. “People seldom come to the beach, and if they do come, they do not stay long because of the bad situation with the Sargassum. We try to clean as much as we can, but the fight is hard against this seaweed,” said one concerned business owner. The issue has impacted not only the tourism business but also the marine life near the coastline. The thick Sargassum mats have on three different occasions this year, caused the death of hundreds of fish along the eastern coast of the island. According to the Hol Chan Marine Reserve, the seaweed consumes all the oxygen out of the surrounding water causing fish and other marine creatures in the immediate area to die. 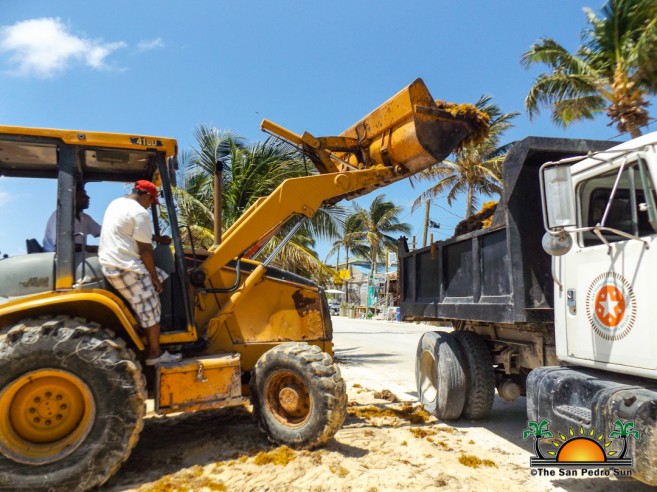 On Ambergris Caye, Sargassum is used as landfill. This method, however, is not encouraged by everyone on the island. It is argued that Sargassum continues to decay once it is buried and this can cause the property to cave in. It is also considered a health hazard as it expels dangerous gases when decomposing. In an interview with The San Pedro Sun in April of 2017, Dr. Javier Zuniga, from Dr. Otto Rodriguez San Pedro Polyclinic II stated that decaying Sargasso produces hydrogen sulphide and bacteria that can result in mild skin rash or irritation. He added that it can also cause the eyes to be irritated, and those who are sensitive are most at risk, including babies, the elderly, and those with breathing complications. 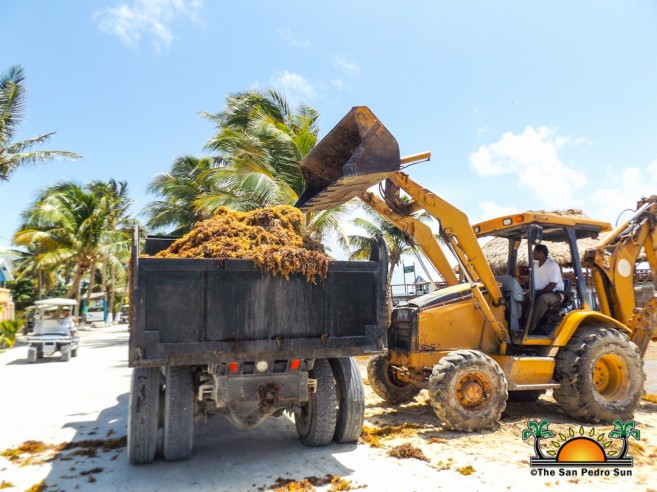 While the influx is a natural phenomenon, environmental scientists attribute the overabundance to high-nutrient levels in the ocean due to the inappropriate disposal of industrial waste by developed countries that have caused the seaweed to thrive. The Sargassum affecting Belize and the Caribbean region is believed to be coming from the coasts of Brazil in South America. The run-off nutrients from industries and agricultural fertilizers into the sea is being made possible due to deforestation. This aids the rapid and unimpeded washing away of excess nutrients into the water, making it ideal for the amassing of Sargassum. As the mats grow larger, currents bring the algae to the Caribbean region, Central America, and even south-eastern Mexico. The super-bloom has been recorded since 2014. 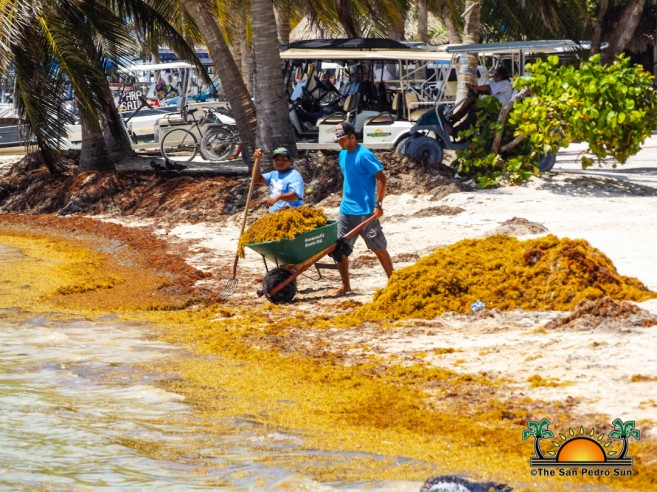 In Mexico, from Cancun to Chetumal Quintana Roo, hundreds of thousands of metric meters have been cleaned with little success. Due to this massive influx that continues to threaten their tourism industry like in Belize, the Mexican authorities have come up with a plan to stop the Sargassum from reaching their shores. They have started a project consisting of Sargassum barriers to be placed from Cancun to Chetumal, resistant to waves and supported with seabed anchoring. It is expected that the barriers will redirect the collected Sargassum away from the beaches. According to the manufacturer, the barriers are a technique for the control of natural and artificial marine contingencies and are composed of a floating system and polyvinyl coated canvas with additives for ultraviolet ray resistance. 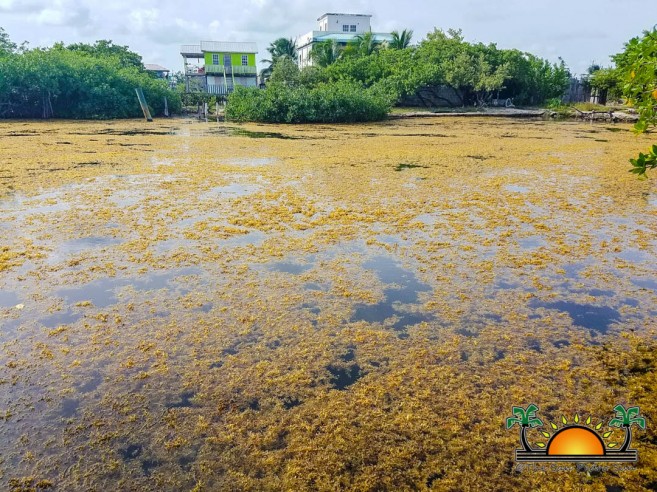 Belize is yet to come up with a similar or different plan to tackle the problem. But until then, more human labor will be needed to continue fighting the arrival of large mats of Sargassum to the island.