« Older: Ambergris Caye Camp Starfish 2019 is coming up, sign up to volunteer
Newer: » Ambergris Caye and the region once again threatened by Sargassum bloom

SPHS students participate in educational workshop with Our World Project


Long-time island visitors Larry and Debbie Heimgartner hosted a workshop to discuss social issues affecting the island community on Wednesday, May 15th at the San Pedro High School (SPHS). The workshop is part of their Our World Project, and a group of students from first form participated in the activity that included two plays portraying real-time events that can be associated with life on Ambergris Caye. Assisting the Heimgartners were SPHS counselor Alexis Guerrero, English actress Sarah Mackenzie, and island resident Natasha Stuart. 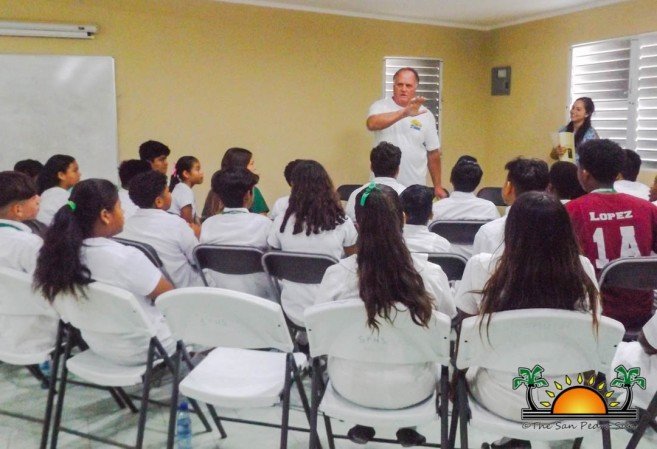 The educational function began around 8:45AM with the first play titled ‘Life Interrupted’ performed by Sarah Mackenzie. The one-person show educated the audience about the impacts of drug and alcohol abuse and a glimpse at the consequences of such life choices that can stifle anyone’s goals in life. The play was well received by the students, who paid keen attention to every detail of Mackenzie’s performance. 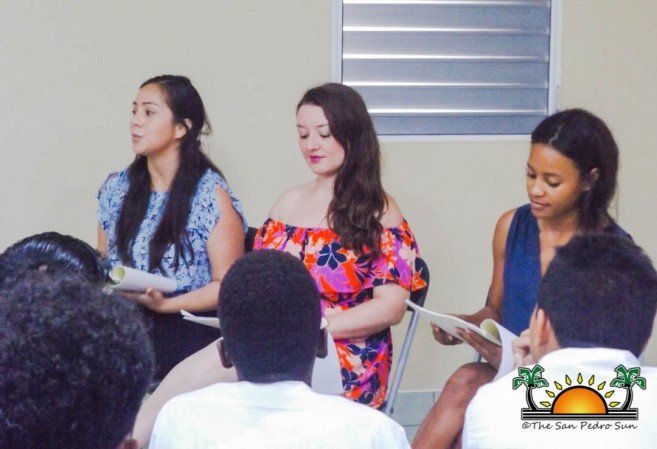 After an intermission, Mackenzie, Stuart and Guerrero presented a play called ‘Day by Day.’ This presentation took the students back to when Ambergris Caye was a village, and life was very different compared to today. Guerrero stated that part of the play was to create awareness of the environment, and families, and to bring a message of hope that a change can still be achieved to fix all the negative things affecting the island community. Mackenzie focused on the fact that our communities lack infrastructure in health. She portrayed the character of a foreign girl, who was forced to leave the country seeking better medical services. Stuart concentrated on the crime situation on the island that has left fatalities, fuelled by the abuse of alcohol and drug trafficking. She elaborated on gun violence and how the innocent sometimes become the victims of these incidents. 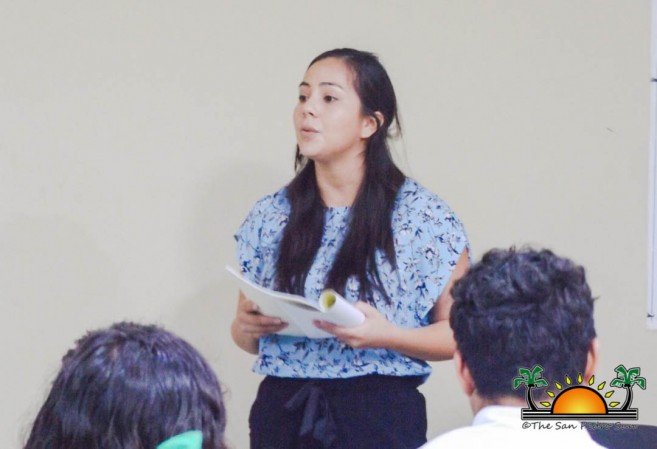 The presenters emphasized that this what living on the island has become and as a community, something needs to be done before the society collapses. Tourism is the main source of income on the island; thus, having a safe and peaceful Ambergris Caye is key for the survival of the community and its future generations. 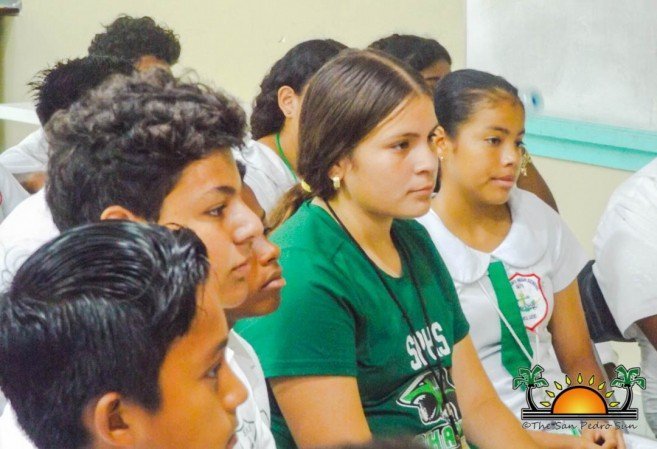 The presentations impacted the young students, who were invited to share their views on some of the problems affecting the island. The majority said murders and gun violence are taking a toll on the island’s reputation, and the solution shared was that the town needs more educated people that can make the right decisions and help others to walk in the right path. According to them, many of the persons involved in criminal and other negative practices were reeled into it. But with caring citizens looking after each other, they believe the preservation of the environment, the family values, and safety of the residents, along with the comfort of visitors, can be achieved. 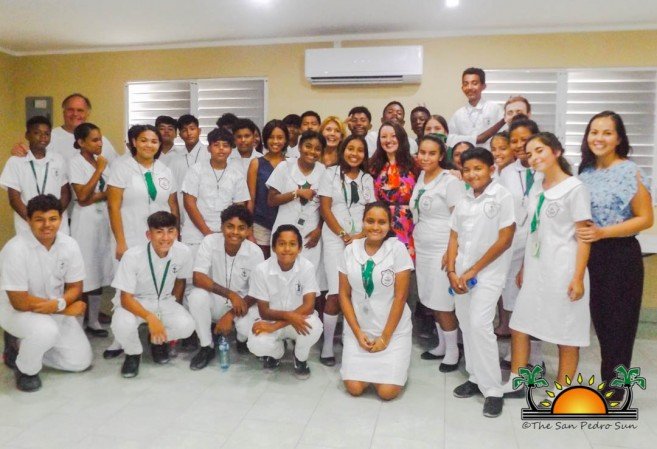 The Heimgartners are based in Los Angeles, California, USA. They lead the Our World Project, and for 15 years they have enjoyed a strong working relationship with the SPHS. Over the years, they have brought performers from the USA and Europe to portray social issues affecting communities through acting and dance. In exchange, a few SPHS students have visited the city of Los Angeles, California where they interacted with American students and attended educational plays at theatres. The Our World Project has also made several presentations in the USA, Central America, and Europe, and according to the Heimgartners, they will continue coming to Belize for the years to come. They love Ambergris Caye and Belize very much, and they want the best for the Belizean youth, who are the future of the country.

Photos:From El Divino to Pineapples- In pursuit of delicious lobster