After nine days of lobster crawl parties at various participating businesses on the island, the 2019 San Pedro Lobster Festival culminated with the highly anticipated Block Party on Saturday, June 21st at the Central Park. 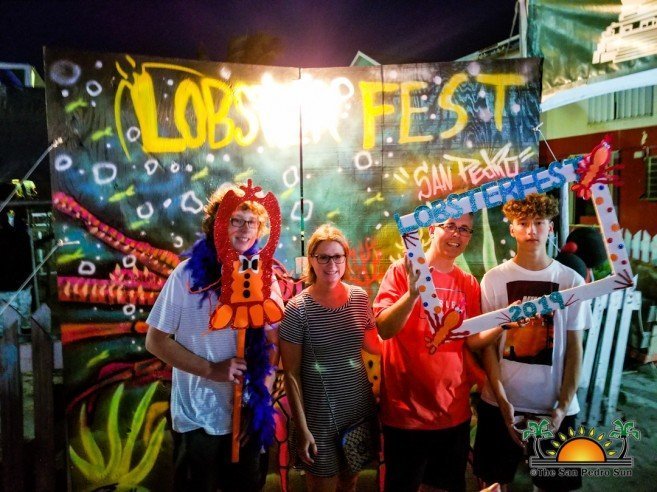 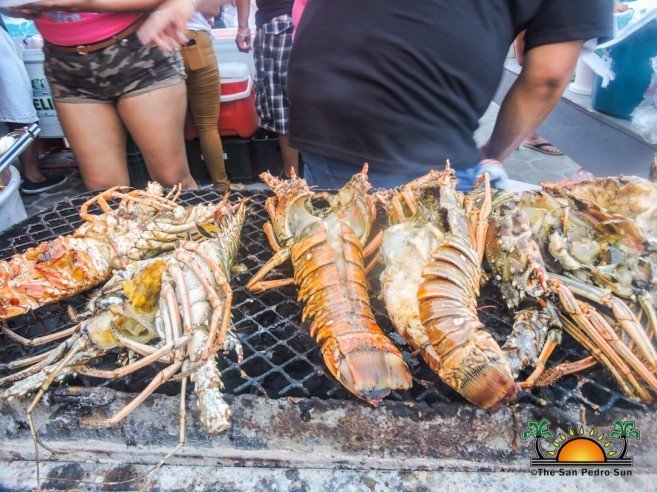 The block party started around 4PM, and as the evening progressed, lobster fanatics began gathering. Visitors enjoyed a variety of dishes, including lobster pizza, mac and cheese lobster, lobster sliders and rolls, kebabs, dip, tacos, quesadillas, and the ubiquitous grilled lobster tails, among many other tasty concoctions. 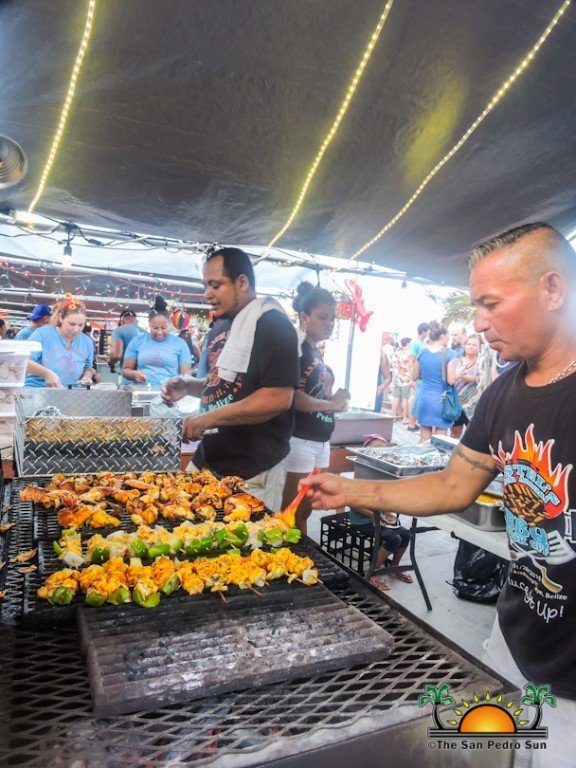 Hungry revelers had no issue waiting in the long lines, so long as their tasty nibbles were served up! After indulging, happy campers gathered in front of the stage to enjoy some of the best in melodious tropical beats and Belizean music. 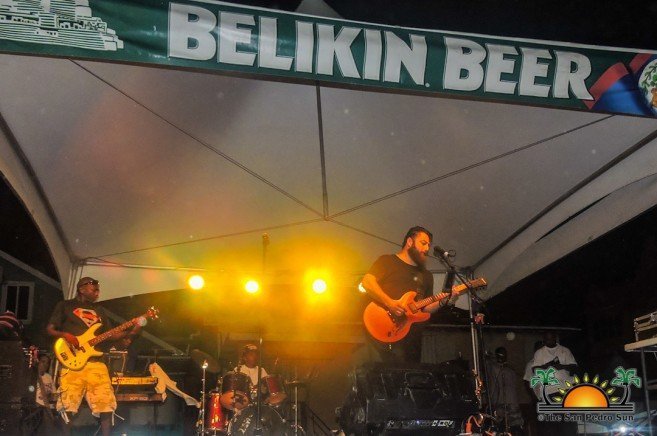 While attendees were enjoying the show at the Central Park, a group of seven judges was tasked to pick the top lobster dish and drink from 16 submissions at their judging station at Estel’s Dine by The Sea. 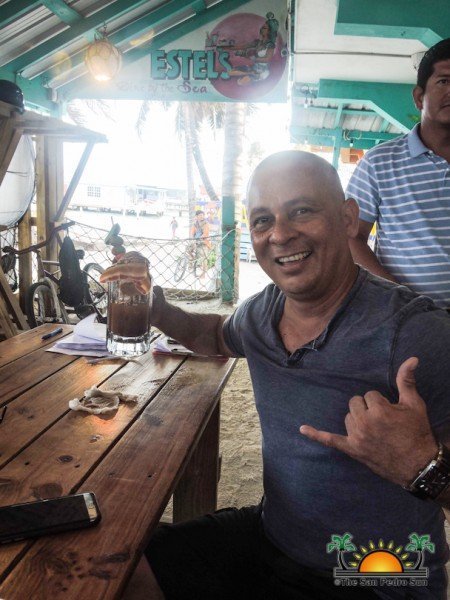 The blind tasting had a set point system for taste, originality, presentation, and use of lobster. It was a difficult task deciding among the great submissions, but points were awarded, and after judges submitted their scores, totals were tallied, and the winners were determined.

The lovely Miss San Pedro, Chelsea Muñoz along with the San Pedro Lobster Festival coordinator Rebecca Arceo took to the stage and announced the winners of the food and drink competition. Taking the grand prize in the culinary category – for the second consecutive year – was Sandbar. They presented delicious sous vide lobster with a lemon air and bell pepper coulis. Second place went to Nook Restaurant and Cocktail Bartique, with their incredible Isla Bonita Lobster Pocket Pita. Ramon’s Village restaurant Pineapple’s Dine by The Sea placed third with their Lobster Zuppa Toscana.

Nook Restaurant and Cocktail Bartique were called up once again for winning the grand prize in the drink category. Their tasty San Peezy Squeezie, a combination of mango and white wine, brandy, rum and even a zing of habanero won over the judges unanimously! Second place went to Mesa Café/ Coco Loco’s for their refreshing Tropical Starlight – a shimmery blend of tropical juices and rums with hibiscus ice spheres. Camo Cantina and Island Ops took third place with their Miche-Lobsta drink. 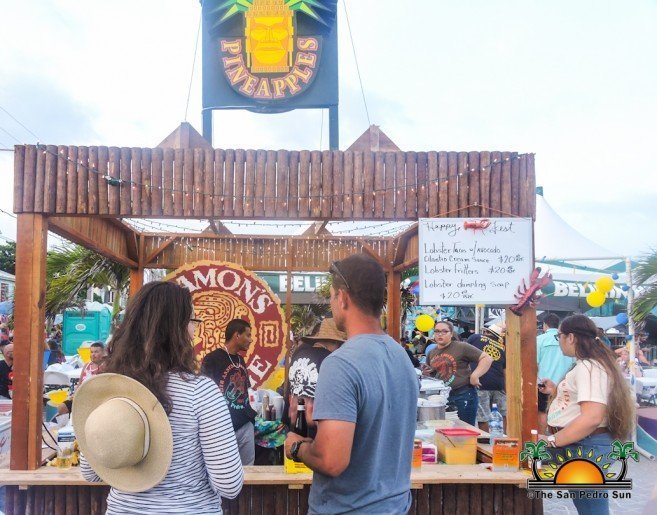 In the best booth category, Pineapples once again took the top honors for their gorgeous tropical setting in the park. 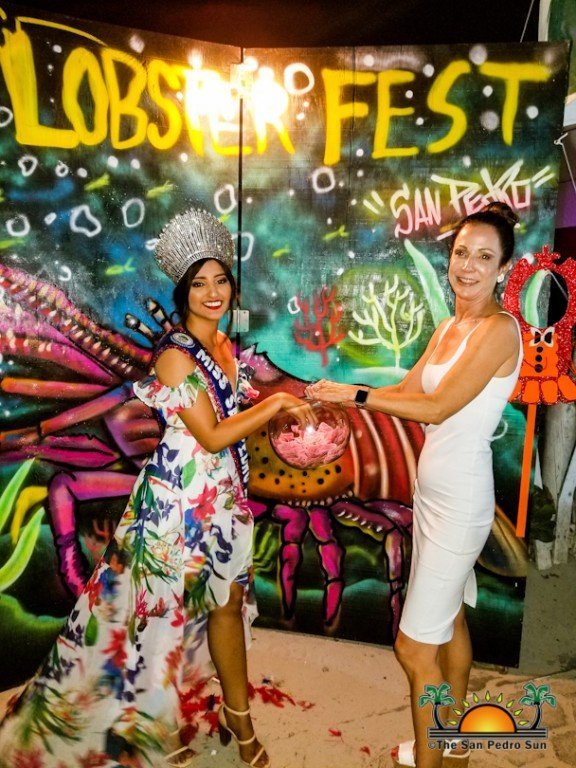 It was then time to announce the lucky winner of the lobster passport raffle. Winning an all-expenses-paid trip for two to next year’s lobster festival was Kay Neal, who happily accepted the prize from Miss San Pedro. 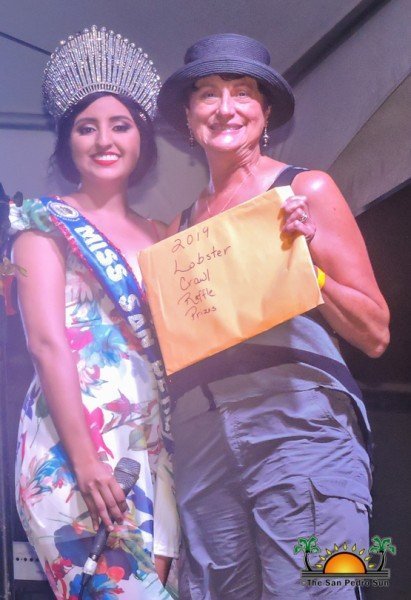 After the winners were announced, attendees continued the party with live music from the Gilharry 7 Band until the wee hours of Sunday morning. 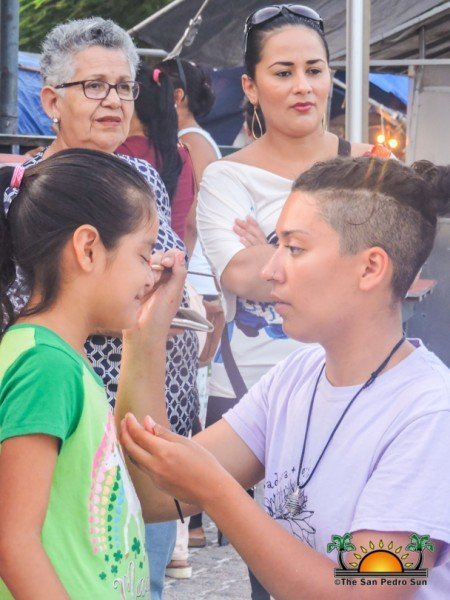 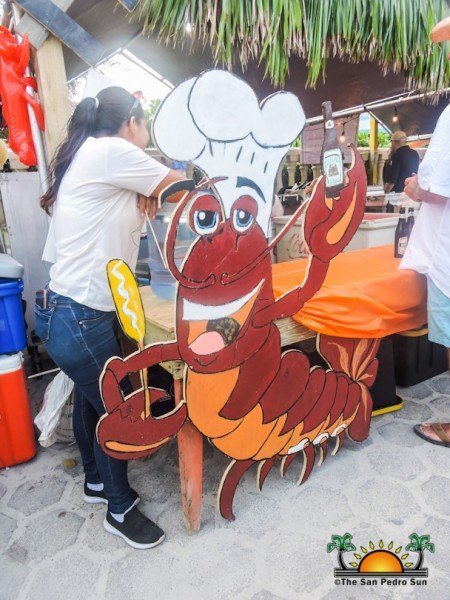 The Lobster Festival is organized every year by the San Pedro Business Association in commemoration of the official opening of the lobster season in Belize. This year marked the 13th annual celebration of the tasty crustacean, which encourages visitors and locals to visit the various participating establishments during the weeklong ‘Lobster Crawl.’ During the crawl, visitors can get their lobster passports stamped for a chance to enter a raffle to win an all-expenses-paid trip for two to the following lobster festival.