« Older: San Pedro Town celebrates the 221st Anniversary of the Battle of St. George’s Caye with a new queen and colorful parade
Newer: » The island’s sixth blood drive of the year nets 21 pints!


The Samuel Haynes Institute for Excellence (SHIE) held an End-of-Summer Ceremony in Belize City on Saturday, August 24th. The ceremony saw the attendance of approximately 300 people, 200 of whom were children of the SHIE. Primarily an afterschool program for at-risk children in Belize City, SHIE also has programs throughout the summer to keep children engaged in academics, music, art, and sports. 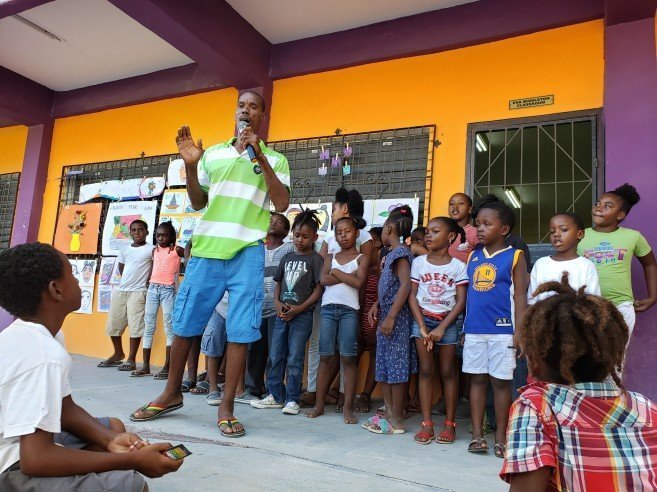 SHIE President Barbara Elrington believes that children are the future of our country, so we need to take priority in them. Thus, she dedicates time to the organization. “Our Children, Our Future, Our Priority. Children are our most precious assets, and we must provide a better education for them.”
The ceremony opened with a prayer, followed by the singing of the National Anthem, which was performed by the SHIE Band and led by SHIE graduate Josh McKenzie. This was followed by Elrington’s delivering the opening remarks, thanking the children for attending this year’s camp. After that, Representative from Caye International Bank and ECI Development, Michelle Duncan, shared a few words with the crowd present. She had previously hosted a field trip to Exotic Caye Beach Resort on Ambergris Caye, where she met some of the children in the audience. Duncan praised the children’s accomplishments and stressed how important it was for them to take school seriously as they begin the new academic year. 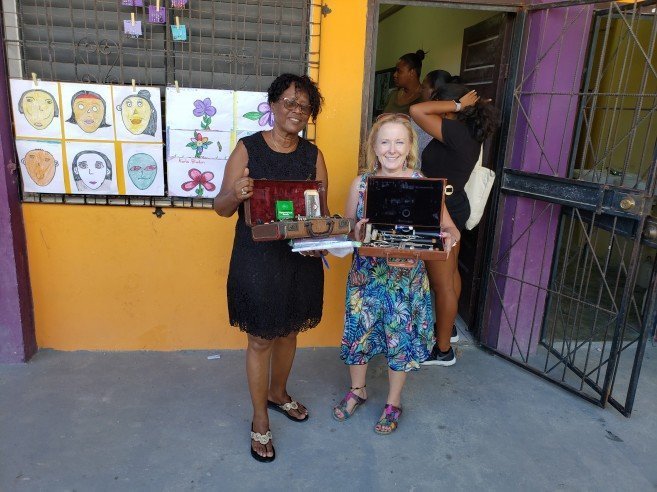 Children ages five to ten were given raffle tickets and a chance to win prizes consisting of sports balls, headphones, and baseball caps, among other great prizes. The attendees were later treated to an entertaining puppet show featuring both marionette and ventriloquist puppets that were made by the children over the summer. The program continued with speakers from the Youth and Community Transformation Project (YTC) as well as the US English Access Program. 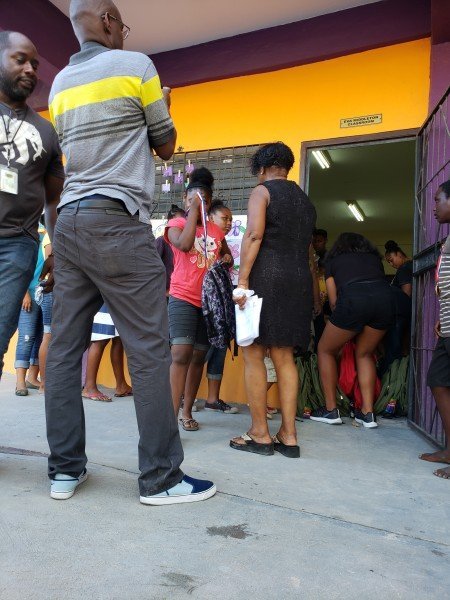 All students participating in the camp sports teams (karate, football, basketball, and volleyball) were recognized along with their coaches and received medals for their achievements. A total of 200 school backpacks were then distributed to the children, 100 of which were generously donated by Caye International Bank Chairman Attorney Joel Nagel and Susan Nagel. Attorney Nagel has been working with SHIE for several years. He and other directors of the bank were influential in the creation of a 501(c) (3) charitable foundation in the USA to help provide financial support for SHIE. 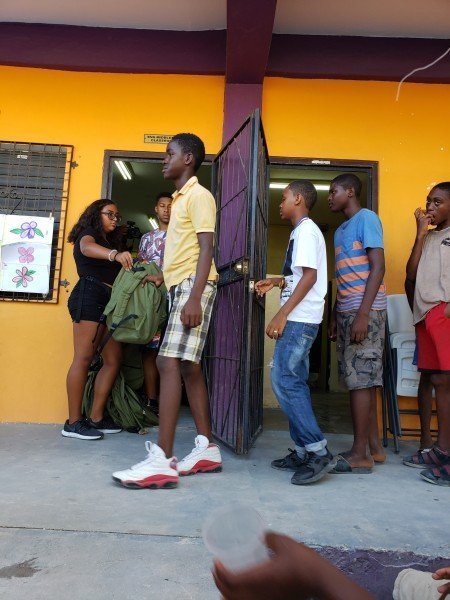 The ceremony closed with Duncan presenting Elrington with two clarinets donated by ECI Development CEO Mike Cobb and his wife Carol in honor of Mike’s father, Dawson Ahalt. Mr. Ahalt played for a long time in his community’s band. He recently passed away, and since no one in the Cobb family plays the clarinet, the Cobbs sought out a suitable home for the clarinets to continue being put to good use. SHIE has had several students go on to join the National Youth Orchestra, so this donation will help them with their musical aspirations for the future. 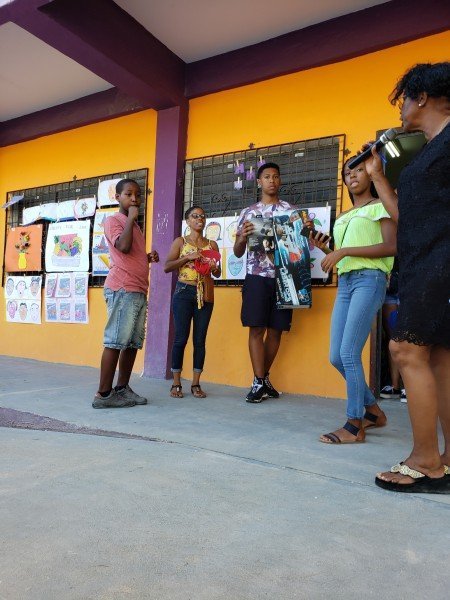 SHIE began in 2009 when Minister of Foreign Affairs and Foreign Trade, Honorable Wilfred Elrington met with members of his Pickstock Constituency in Belize City to discuss and identify the needs of the community. Many of them were concerned about the access of education for the children in the area, so that was when SHIE was formed, to get the children off street corners and into school and to help them achieve what other children achieve, which is to graduate, find employment, and become good citizens in the country. The institute offers programs in arts and craft, computer literacy, books, sports, and other beneficial skills. 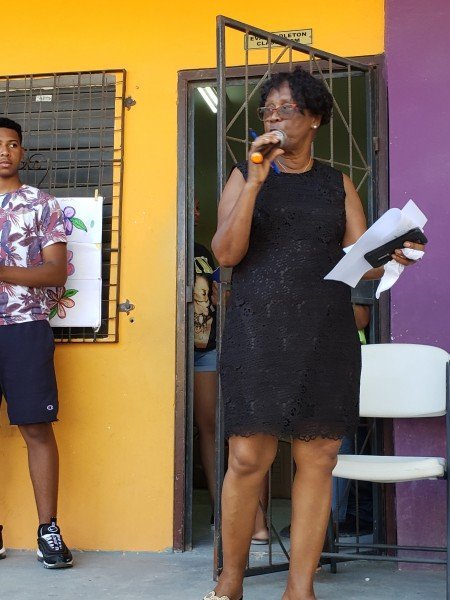 With Caye International Bank’s support of SHIE, Attorney Nagel is working alongside Governor-General Sir Colville Young to bring first-class music education and performances to Belize through the establishment of the Belize Academy of the Performing Arts (BAPA). The goal of BAPA is to provide Belizeans with excellent live orchestral music and to engender not only an appreciation for classical music but also to develop local musical talent. BAPA will give students, such as the young people from SHIE who have joined the National Youth Orchestra, a place to continue their study of music on a world-class level.