The rainy season brings an increase in mosquitoes and with it, vector-borne diseases like Dengue or Zika. In an attempt to raise awareness to keep residential and public areas clean and free of mosquito breeding grounds, members of the Belize Red Cross San Pedro Branch (BRCSPB) conducted a community clean-up at the entrance of the San Mateo Sub-division on Monday, September 30th. San Mateo, located north of San Pedro Town has for years been plagued with improper garbage disposal creating an unhealthy environment for the families living in the said subdivision. 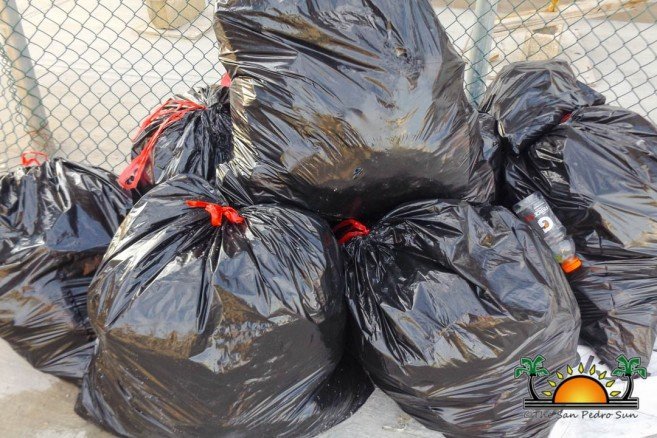 The clean-up was led by BRCSPB’s Coordinator Ashty Dennison and concentrated on the roadside at the entrance of San Mateo and in front of the Holy Cross Anglican School. A few students that were finishing classes for the day joined the Red Cross volunteers for a bit. The roadside was dotted with all sorts of garbage, mainly plastics. The cleaning only lasted for a little over an hour, and by the end, eight large bags of trash were collected. They were set on the roadside to be picked up by the garbage truck. 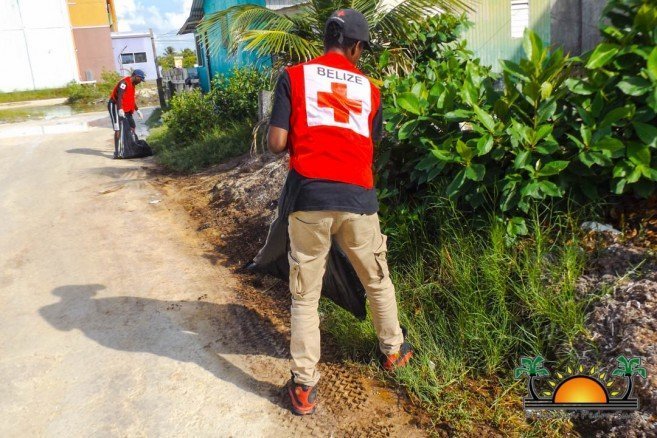 According to Dennison, residents should be aware of the importance of keeping their surroundings clean to avoid mosquito-related diseases. Over the past months, the country and island have been affected by an outbreak of Dengue. The number of confirmed cases has reached the thousands nationwide, with the majority reported in northern Belize. Dengue can be a deadly disease and is transmitted by the Aedes Egypti species of mosquito. Symptoms include high and painful fever and skin rashes. The same mosquito is also responsible for transmitting another serious illness called Zika. The most common indication of the disease includes mild fever, skin rashes, red eyes, muscle, and joint pain and headaches. Zika is also known to affect unborn babies during their prenatal development; thus, pregnant women in endemic areas must avoid mosquito bites at all costs. 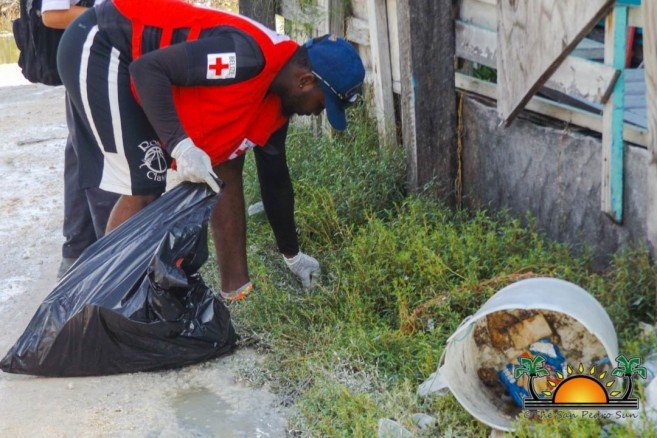 The first case of Zika in Belize was reported in 2016, triggering an aggressive campaign across the country. Although an outbreak was confirmed in the neighbouring island of Caye Caulker, Ambergris Caye was able to counter the disease recording only seven cases that were successfully treated. One vital way to avoid these illnesses is by properly disposing of garbage and getting rid of any potential items (old bottles, tires) that can hold water and serve as breeding grounds for mosquitoes.
The trash situation in San Mateo
Beyond the entrance of San Mateo, the issue of garbage continues to be a never-ending eyesore. The development is composed of garbage used for filling mangrove swamp and homes are surrounded by large mats of garbage posing a serious health hazard to the families living in the area. In some areas near the lagoon side, the garbage consists of decayed material, including old refrigerators and washing machines that have drifted into the lagoon, posing a threat water quality and wildlife. In some yards, fresh garbage can be observed, and when people were asked about it, they stated that they used to garbage for landfill. Others shared that the local political leaders introduced this tradition of landfilling as a substitution for more environmentally friendly materials like white marl. They stated that filling their property with garbage is the most economical way. 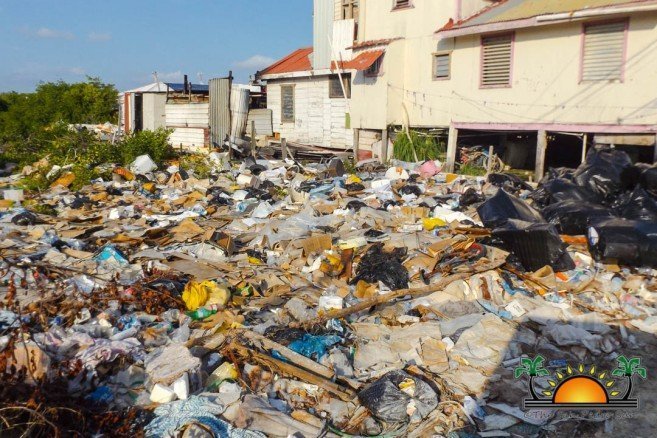 Mayor Daniel Guerrero told The San Pedro Sun that they are aware of the situation, but now they are focusing on the infrastructure of some of their roads. He said that they would use about 500 loads of white marl to fix some of its main streets. Guerrero believes that such improvement to their streets might encourage residents to try to keep their areas clean in San Mateo and start practicing better methods of garbage disposal. However, there was no mentioned of any regulations/penalties to be applied to deter the ongoing ill practice that threatens the surrounding eco-system and the health of the residents.