16-year-old Dana Reyes was elected the new Miss Garifuna San Pedro 2019-2020 during the pageant on Saturday, October 26th. Held at the Lions Den in San Pedro Town, the pageant saw four lovely young ladies vying for the coveted title in an event that showcased the Garifuna culture, traditions, dances and even their contributions towards Belize. 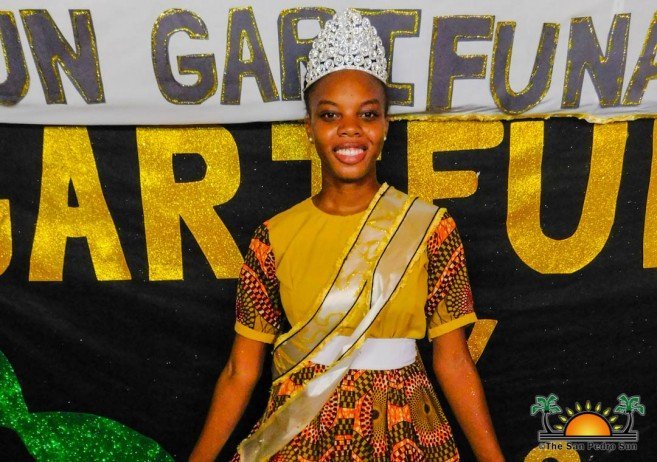 At 8:30PM, island residents gathered to watch who would be the next Garifuna beauty ambassador. Organized by National Garifuna Council San Pedro Branch (NGCSPB), the show began with the singing of the National Anthem in Garifuna. This was followed by the welcome address delivered by NGCSPB President Eden Velasquez, who thanked everyone for their attendance and further asked them to support the various activities taking place during the month of November leading up to Garifuna Settlement Day on November 19th. 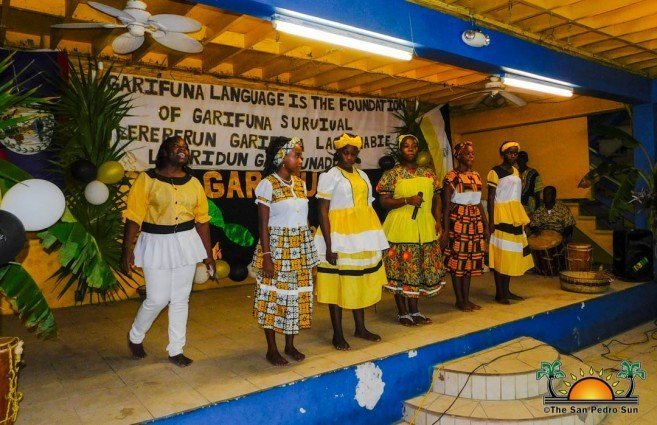 Mistress of Ceremonies Rienny Cayetano called on the contestants for their first performance. The four young ladies vying for the crown made it to the stage performing the ‘Hungu Hungu’ dance, after which they introduced themselves to the crowd. This year’s contestants included 15-year-old Diamond Virez sponsored by Victoria House, 14-year-old Malica Avila sponsored by Caribena Enterprises, 16-year-old Dana Reyes, sponsored by Casa Picasso and 13-year-old Keneisha Avila sponsored by Xanadu Island Resort. Immediately after they performed their ‘Combination’ and ‘Gunjai’ dance. 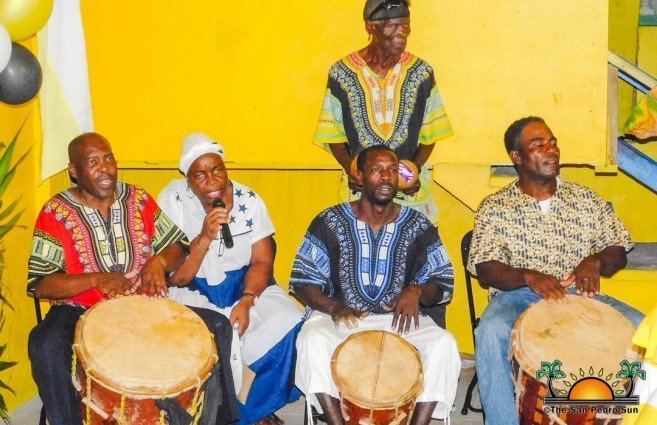 As the girls prepared for the next segment, members of the audience keep invited to step on the stage to showcase their punta skills. 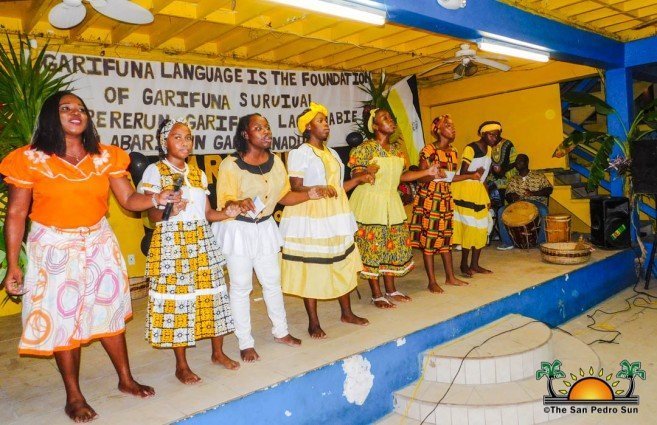 Afterwards, the girls came back on stage, one by one performing the ‘Chumba’ dance. Each candidate portrayed the different aspect of their ancestors’ livelihood, from fishing, farming, making hudut to traditional house chores. In the Garifuna culture, the men would fish while the women would farm. One of the great values featured was the unity between the husband and wife. 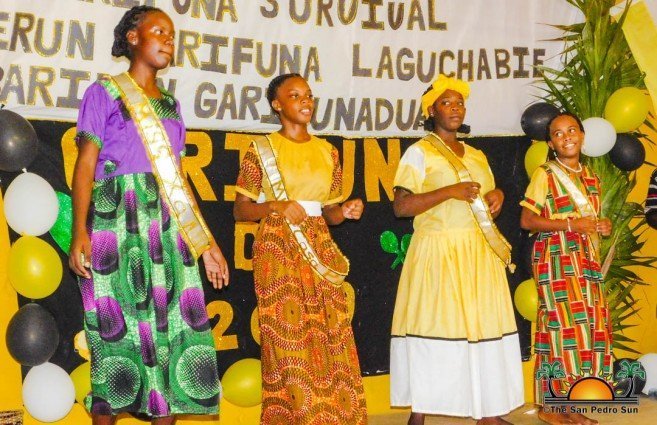 As the girls slipped away one more time to prepare for the talent segment, the musical interlude from the drums kicked in while judges deliberated on the performances so far. The talent presentation would add to the scores for the night, and there was talent to spare! Each girl showcased some of the most traditional practices from their ancestors such as the baking of the delicious cassava bread, punta dancing, fishing beliefs among others. Throughout the entire talent segment, the crowd showed their appreciation with wild applause and loud cheering for the contestants. 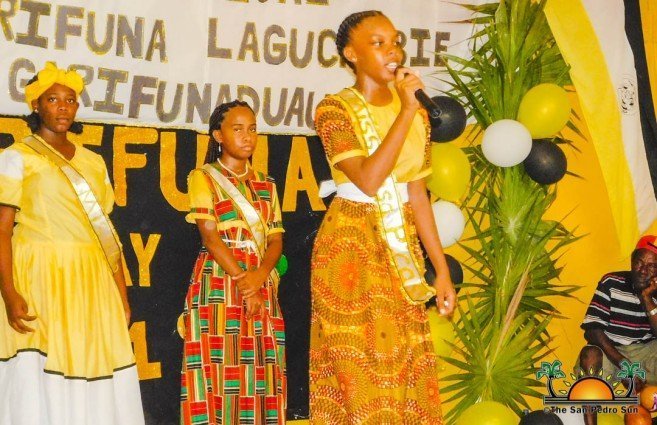 The last challenge of the night was the question and answer segment. Contestants returned to the stage in their Paranda Evening Gown, dancing a combination of ‘Hungu Hungu and Punta.’ They each then drew a question, which was read in English and then they faced the audience as they answered it in Garifuna. The questions were based on topics such as cultural preservation, unity, self-esteem and even the tourism industry. The crowd kept cheering after each contestant answered, encouraging them to do their best on this last part of the event. 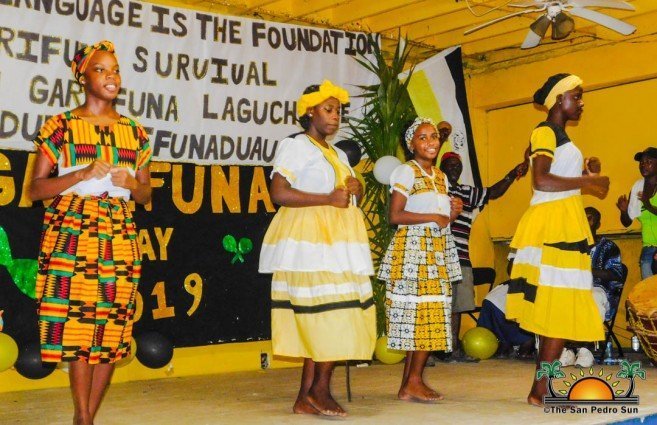 The judges that had the tough decision in selecting the new Miss Garifuna San Pedro were Cynthia Cayetano, Joseph Elijio and Gene Lopez. Tabulators were Hamerlin Flores and Delvi Flores. 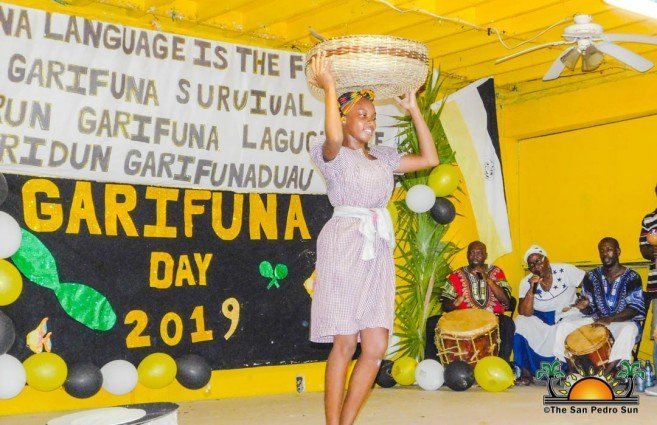 Meanwhile the judge’s scores were being tallied, the girls were serenaded by Doctor Love, Juan Pablo.
When the scores were submitted, Cayetano announced the results. First-runner up went to Diamond Virez. To the beat of drumrolls, Cayetano then gave the announcement everyone was anticipating; the new Miss Garifuna San Pedro 2019-2020 is Dana Reyes! She was sashed and crowned by Elsy Witty and then presented with her bouquet, after which she thanked the crowd and supporters. 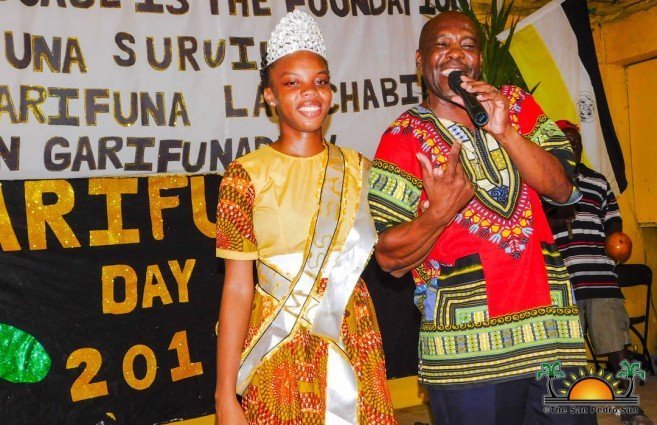 Reyes is set to represent the island at the 2019 National Miss Garifuna Belize pageant to be held in Belmopan City on Saturday, November 2nd. NGCSPB would like to thank everyone who attended, as well as the contestants for making the Miss Garifuna San Pedro pageant a success! Special thanks goes out to the sponsors, which include: Victoria House, Casa Picasso, Xanadu Island Resort, Caribena Enterprises, Marina’s Store, Castillo’ s Hardware and Mr. Dan.

Letter to the Editor: Why does the island’s administration care so little about tourism?