Belizeans across the country have been celebrating the Garifuna Culture every 19th of November since 1977, in honor of the arrival of the Garifuna people to Belize in 1802. The celebration, a national public and bank holiday, includes various events throughout the country. In San Pedro Town, the local branch of the National Garifuna Council observed the festivities under the theme ‘Lererun Garifuna Laguchabei Labagaridun Garifunaduau-Garifuna Language is the Foundation of Garifuna Survival!’ 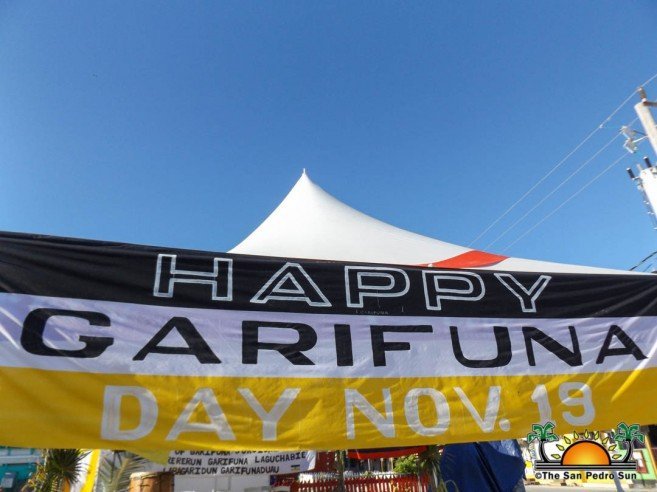 The festivities started on Monday evening, November 18th, when the celebration was officially declared open. Traditional dances and an all-night drumming session took place at Central Park. Belizeans and visitors alike stopped by a tent erected at the park to enjoy an evening of traditional drumming and Punta music. There were no formalities as in previous years, where the Mayor and even the Area Representative of Belize Rural South (Ambergris Caye, Caye Caulker, and Cayes), would take part in an official opening ceremony. 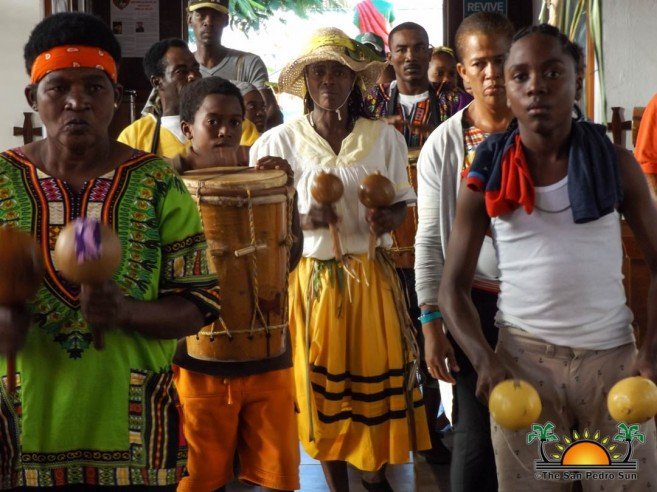 Early the next day, the historical re-enactment of the arrival of the Garifuna people to Belize via boats was performed on the beach at Central Park. Dressed in traditional clothing, participants brought with them native plants and played their drums just as their ancestors did. After disembarking on the beach, they proceeded to parade through the main streets of San Pedro, drumming, dancing, and singing. Ending at Central Park, the group attended a short mass/blessing held at the San Pedro Roman Catholic Church. 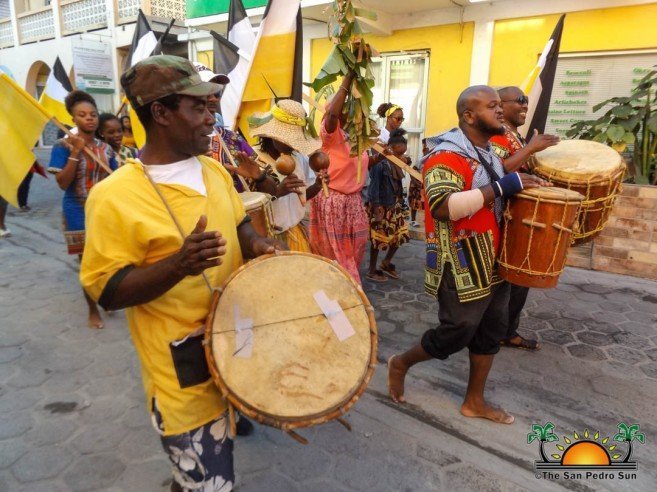 Later in the day, traditional Garifuna food was available at Central Park for purchase. Garifuna delicacies like Hudut, Tapou, Sahou, and of course, the ever-present rice and beans were the lunch of choice for many islanders and tourists as well. The festivities continued for the rest of the day with more drumming and dancing.

While the annual celebration is observed countrywide, the main festivities reportedly take place in Dangriga Town in the Stann Creek District in southern Belize. The holiday is commemorated with large parades, street performances, and non-stop traditional dancing and singing. Long live our Garifuna brothers and sisters!