The San Pedro chapter of the Belize Tourism Industry Association San Pedro (BTIA) elected new officers to its Board of Directors during their annual general meeting at El Divino Restaurant on the evening of Thursday, November 21st. BTIA Chairwoman Tamara Sniffin chaired the meeting along with, BTIA Executive Director John Burgos, and BTIA President Melanie Paz. The group discussed chapter business and projects that the organization has in store for the island tourism stakeholders. Guest Speaker of the evening was Officer in Charge (OIC) of the Coastal Executive Unit Superintendent Christopher Noble. He shared his experience so far on the island, and how police and the community can work together to make Ambergris Caye a safer place for all. 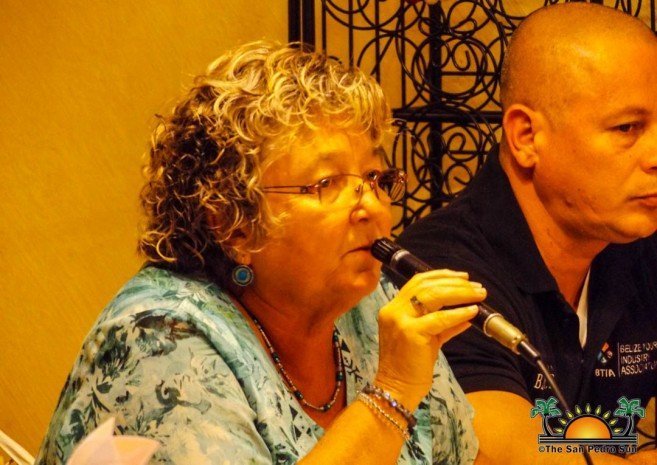 Sniffin called the meeting to order shortly after 7PM acknowledging everyone’s attendance. The previous month’s meeting minutes were reviewed, including the topics of the boat manifest, crime liaison, customer service training for police officers, and whether to include them at future meetings.
Other topics on the agenda included BTIA’s participation at this year’s Belize Birding Festival in October, an Executive Board Committee Strategic Planning retreat in Hopkins, the planning of participating in the annual lighted boat parade, and a fundraiser Christmas Concert for the Dr. Otto Rodriguez San Pedro Polyclinic II. Executive Director Burgos spoke about the intentions to provide training to different sectors in the tourism industry, ranging from cooking and bartending to customer service. Burgos explained that subsidies are in place to make the training affordable for interested establishments. He also spoke about a joint effort to take place between Belize, Honduras, and Mexico on sustainable cruise tourism. The launch of the upcoming BTIA’s Destination Belize Magazine was announced, and Burgos reminded everyone of BTIA’s Annual General Meeting in Belize City on December 5, 2019. 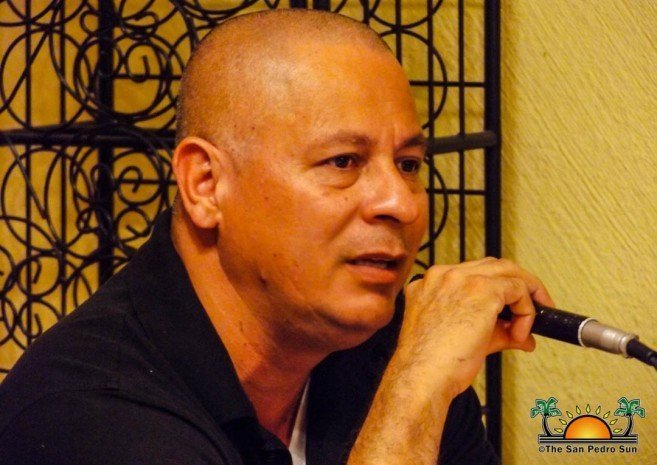 Following Burgos’ presentation, a new board of members would. Tamara Sniffin was re-elected as Chairwoman and Karen Brodie as Vice-Chairwoman. Joining the board were Pete Davis as Treasurer, Janet Brown as Secretary along with Melisa Ayala, who will assist in secretarial duties in the absence of Brown. Newly re-elected Chairwoman Sniffin then introduced OIC Noble as the guest speaker. He spoke of the challenges police face and how they are addressing it now. He also added that the increase in the number of police officers on the island now means patrols at all times. “I am here to secure safety on the island, and we are doing all we need to with what we have,” said Noble. He admitted to being new to the tourism environment but added he knows what to do. He appealed to the public to work along with him and the police force to enhance their performance on the island. Noble stated that he is always available, and anyone with complaints or suggestions on how to better the safety on the island can always contact or visit him at the police station on Pescador Drive. 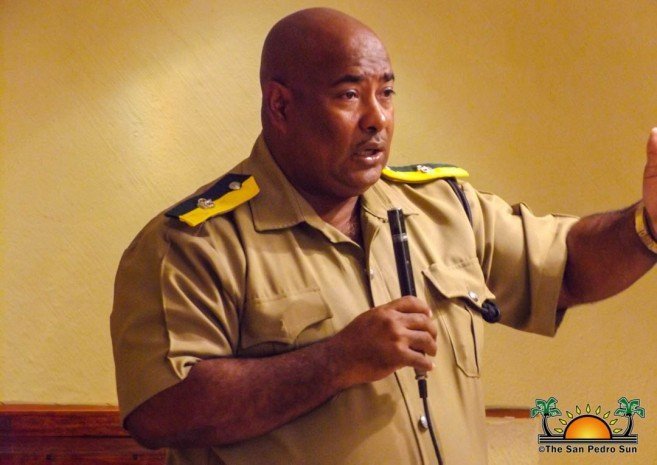 Noble added that his officers are further trained to deal with the issues that arise in Belize’s tourism capital. He indicated that a permanent task force is on the island, making constant checks at the ports of entry to deter drugs and criminal elements from coming to the island. Noble ended by saying that a lot more that can be done on Ambergris Caye, and he is determined to work along with the entire community to get the job done. 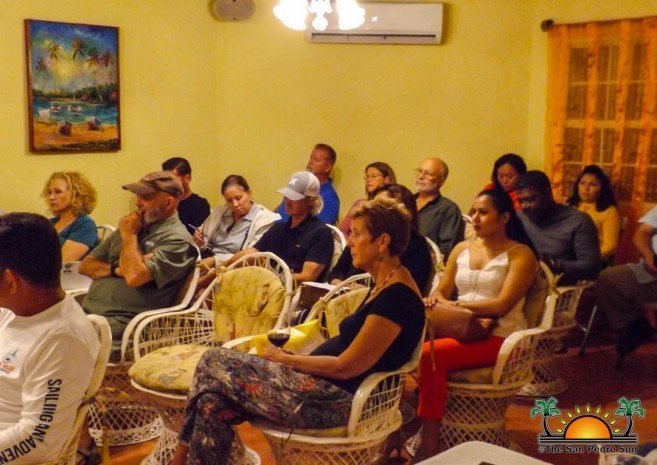 At the end of the meeting, appetizers were served as attendees mingled. The San Pedro BTIA’s next meeting will be at noon on January 28, 2020, at the Holiday Hotel. The San Pedro BTIA Chapter reactivated in July 2015 after a couple of years of dormancy, and since then has been working to represent the tourism stakeholders on the island at the national level. 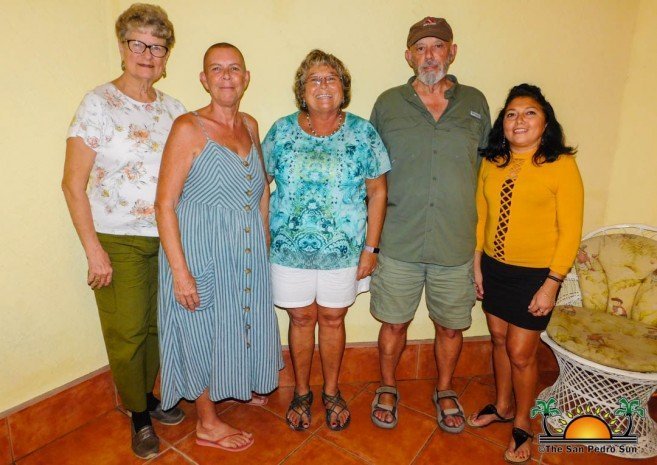