To commemorate San Pedro’s 35th Township Anniversary, and the 30th anniversary of Belize signing to the United Nation’s Convention on the Rights of a Child (CRC), a public fair was held at the Central Park on Friday, November 29th. The fair saw the attendance of the Department of Youth Services, UNICEF Belize, the National Committee for Families and Children, Hol Chan Marine Reserve, National AIDs Commission San Pedro Branch, San Pedro Town Council and Projects Abroad. 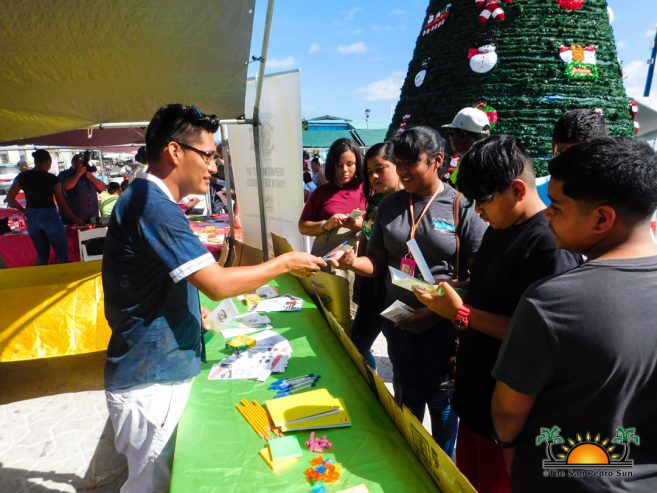 The fair began with a short ceremony where Mayor Daniel Guerrero addressed students from the various primary schools on the island. He spoke of the island’s transition from a small fishing village to Belize’s number one tourist destination in the country. In 1984, the Government officially declared San Pedro a town. 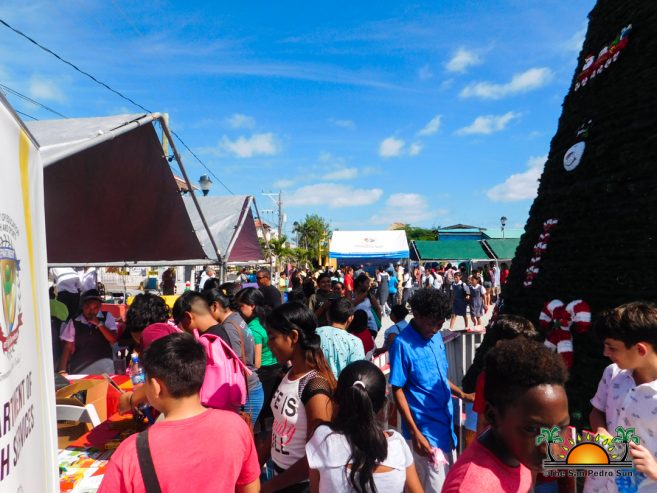 After that, attendees visited with the different government departments present. Organizations educated attendees on the work they do and even tested their knowledge by conducting competitions in exchange for prizes. 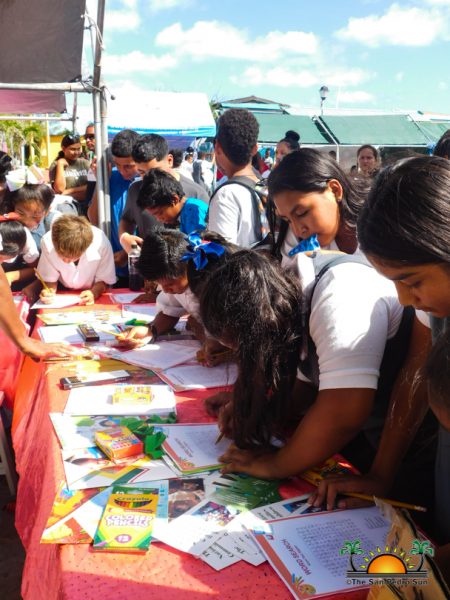 SPTC thanks everyone that was part of the fair and made it another success! The San Pedro Sun wishes San Pedro a happy 35th Township Anniversary.

More on Community and Society
Berklee Bandwagon Fundraiser for Derrick