« Older: Statement by the Special Envoy of Women and Children on ongoing reports of Gender-Based Violence in Belize
Newer: » 2019 registers a decrease in murders on Ambergris Caye


In July of this year, The San Pedro Town Council (SPTC) embarked on a project to rehabilitate several streets on the Boca del Rio and San Juan Area. Three streets (Sea Gull, Spider Lily and Deer) were cemented and then works moved to the San Juan Sub-division. Works seemed to be going as planned, but then all labour came to an abrupt halt. All that was allegedly completed was a concrete side walk, and up to date, works are yet to resume. 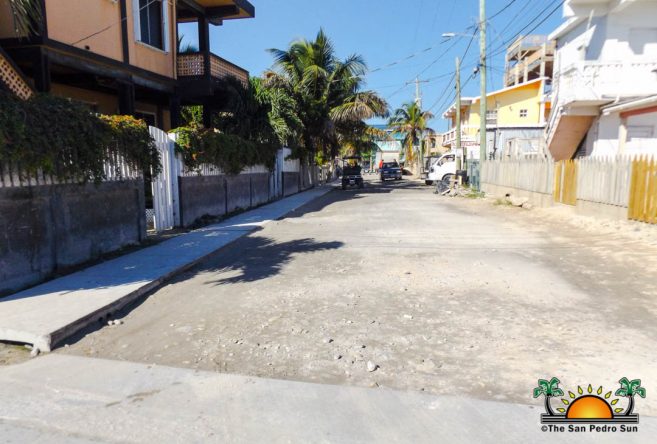 Mayor Daniel Guerrero had previously indicated that the rehabilitation on the main street of San Juan was part of phase two that followed the completion on the streets at Boca del Rio. The reason for cementing the said streets was due its heavy traffic and the fact that one of them leads to the high school and residential areas. The rehabilitation in San Juan was to be an alternative route for diverting traffic during the peak times of the day, but for the past several months, no labour activity has been noticed. Guerrero, rejected allegations that works will not resume. “The works on that street will start again,” Guerrero said. He explained that the concrete sidewalk along the street is actually a box drainage system which is being put to the test. According to him, once this drainage method shows efficiency, the SPTC hopes to construct similar concrete sidewalks in other sub-divisions across the island. 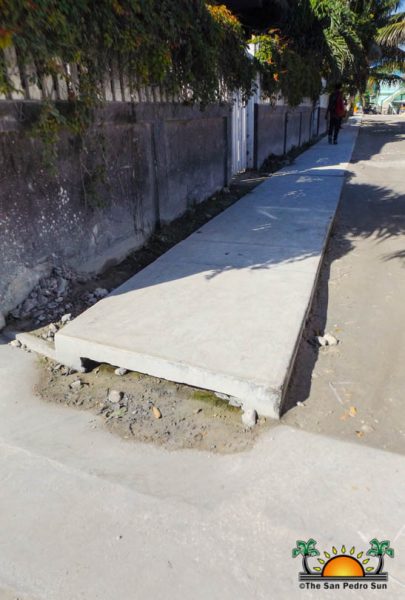 The investment for cementing the first three streets on phase one of the project was estimated to have been around $800,000 and Guerrero said it was commissioned by the SPTC alone. Works for the second phase of the road rehabilitation in San Juan are expected to start in 2020. However, no time frame was been announced.