« Older: Ambergris Caye not exempt from ‘No Movement’ Sunday
Newer: » Bryce Peterson to represent Belize in US MMA match


On Monday, 20 September 2021, the Royal Military Academy Sandhurst, and the Belize Defence Force conducted the first Commissioning Course Short (Overseas) Belize 21/1 at the Sir Colville Young Parade Square, Price Barracks, Ladyville. Accompanying the cadets at the Sovereign’s Parade was the Grenadier Band from the British Army. 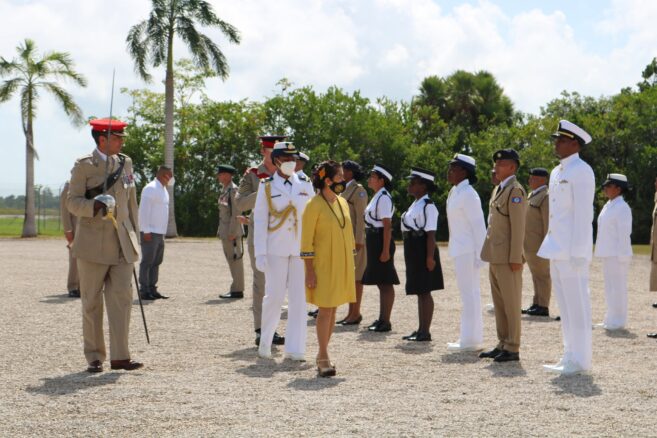 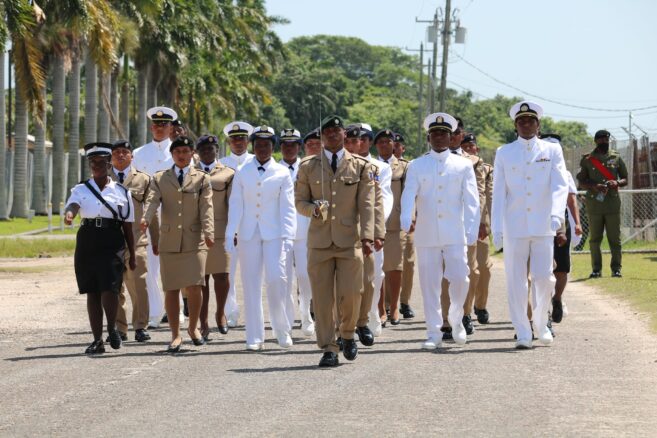 A total of 24 officer cadets took part in the training: 14 from the Belize Defence Force, eight from the Belize Coast Guard and two from the Belize Police Department. The officer cadets were prepared extensively for over a year to be able to keep up with the tempo of the commissioning course. Their training included multiple courses focused on a wide array of critical skills such as command, leadership, military tactics, and personnel management. The cadets’ final five-week training culminated with the Short Commissioning Course. As they have reached a significant milestone in their chosen career, they will each receive their first commissioned rank within their respective organization. 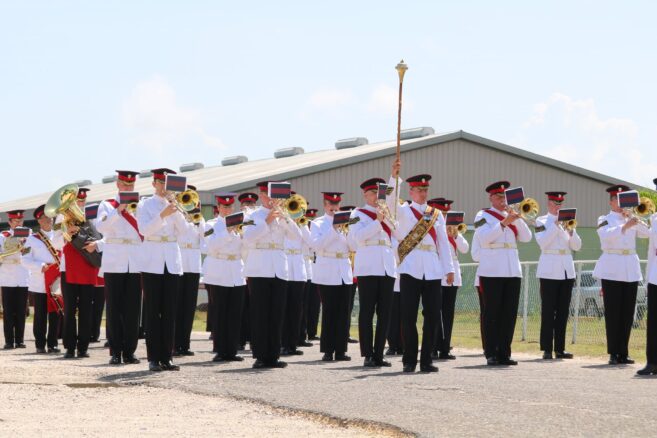 The Ministry and the Belize Defence Force thank the British Government and the Royal Military Academy Sandhurst for facilitating the Short Commissioning Course in Belize.