On Friday, April 30th, the Government of Belize bid farewell to Belize’s Head of State and representative of the British Monarchy, Governor General (GG) His Excellency (HE) Sir Colville Young who officially stepped down. A departure ceremony was held starting at 2PM in Belize City for the 88-year-old longest-serving Governor General in Belize and the Commonwealth. The ceremony was attended by high-ranking government officials, the military, and members of the diplomatic corps accredited to Belize. Everyone paid tribute to Young, who leaves an impeccable legacy of art, music, and literature. 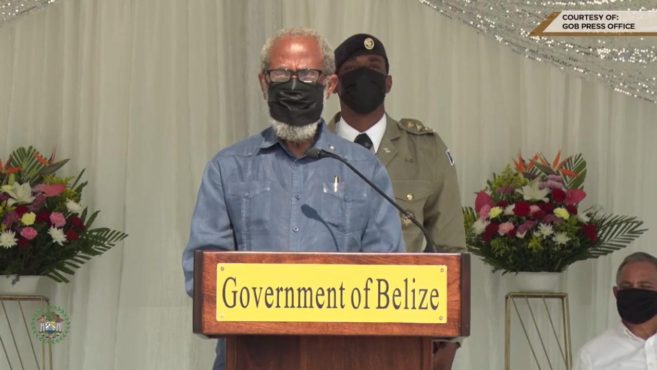 The official schedule of events started following the arrival of the Leader of the Opposition, the Honourable Patrick Faber, Prime Minister Honourable John Briceño, Her Excellency Rossana Briceño, and outgoing GG Young. The formalities of the event also included H.E. Stuart Leslie, who was appointed as Acting Governor General until Young’s predecessor, Ms. Froyla Tzalam, is officially sworn in. Others present included Chief Justice Michelle Aranda. 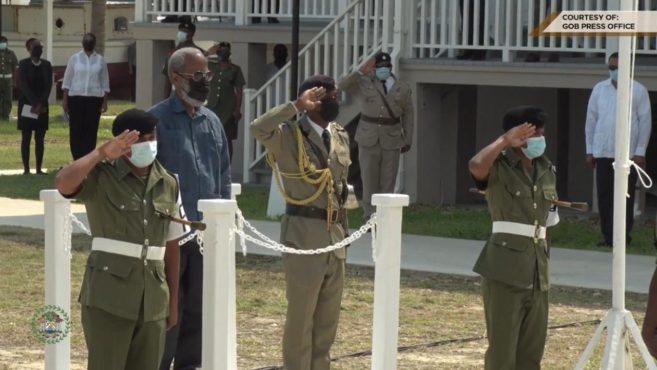 Master of Ceremonies Rene Villanueva Sr. presided over the program. A farewell video was played highlighting the GG’s service throughout his 28 years of service. Young became Belize’s second Governor General in 1993 after the first Head of State, Dr. Dame Elmira Minita Gordon, stepped down. A former educator and former president of the University College of Belize, he taught former Prime Ministers Said Musa and Dean Barrow. Young, a father of four, was lauded for his literary contribution via plays, short stories, and Belizean proverbs and folklore collection. He also composed various musical pieces and assisted many schools with music programs and instruments. He is considered the founder of the annual Belize Band Fest to be renamed after him. Young also contributed significantly to the development of the national Scout movement in the country. 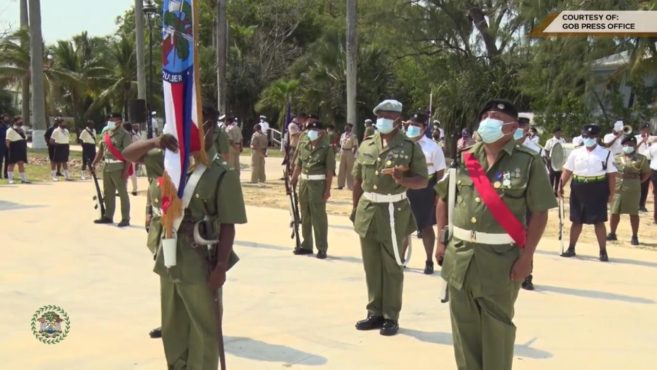 Young thanked everyone who supported him during his tenure as representative of Britain’s Queen Elizabeth II in the country. He wished the best to his predecessor and congratulated Prime Minister Briceño on the nomination of Ms. Tzalam as the next GG. Tzalam is a highly educated Mopan Maya woman from San Antonio Village in the Toledo District. She is a protector of human rights, particularly Maya people rights, and currently leads the Sarstoon Temash Institute for Indigenous Management in Toledo. 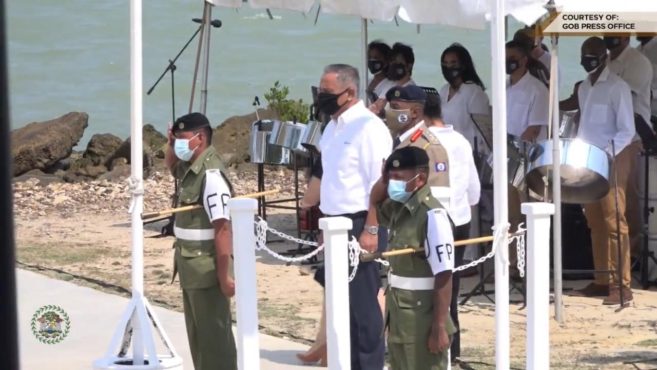 At the end of the event, Young was given the Belize Defence Force (BDF) royal salute for the last time before he walked away into civilian life. Next to receive the royal salute was H.E. Stuart Leslie, who will be the Acting Governor General until Tzalam is accepted by the Queen and therefore sworn in as Belize’s third GG. 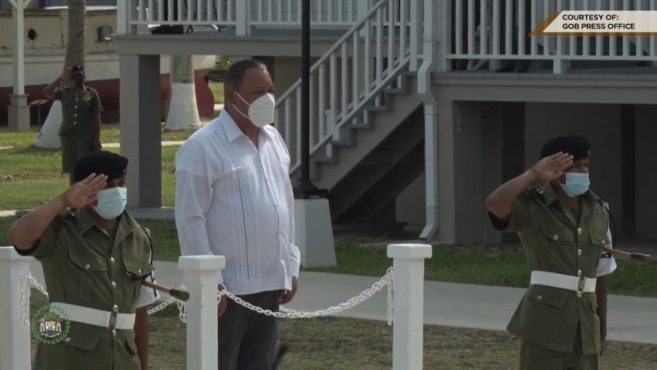 As the new GG, Tzalam will have the responsibility to ensure the Constitution is followed. She will be the executive authority in Belize and will serve in such a post at Her Majesty’s pleasure. As Head of State, the Belizean armed forces (BDF and Coast Guard) will be under her command. Tzalam will put final consent to all of Belize’s proposed laws, and besides other duties, will welcome diplomats accredited to the Jewel.