Well-known islander and Chef Jennie Staines was selected as one of Oceana’s Ocean Heroes at their annual award ceremony on Wednesday, September 29th, held virtually due to the pandemic. The second recipient of the prestigious award went to Kevin Andrewin. Oceana recognized both Staines and Andrewin for their invaluable contributions to marine conservation in Belize.

Considered by many as a daughter of the sea and a San Pedrana who has represented the country in international cooking events, Staines has spent her life dedicated to excellence. As the head chef at her family’s renowned restaurant, Elvi’s Kitchen, Staines has even cooked for royalty like Prince Harry, delighting everyone with her extensive knowledge of fish and seafood. 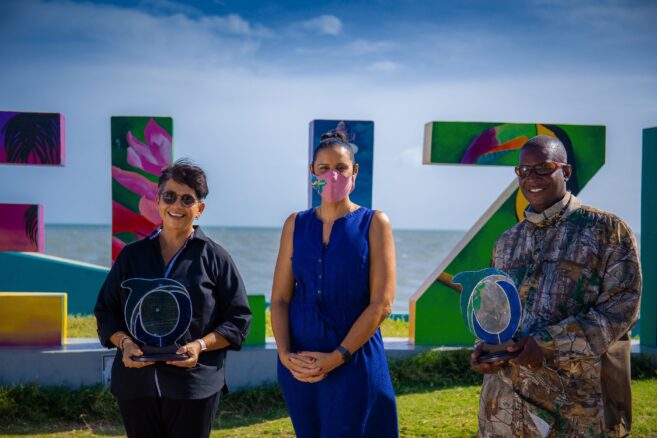 Staines is also an advocate for the responsible sourcing of seafood and always supports stronger fisheries laws and enforcement. According to her acquaintances, she has been doing this without aspiring for credits, but because she wants to promote responsible seafood sourcing. “Becoming an Ocean Hero will mean so much to me. It definitely shows the hard work I have put in over the years in teaching people to fish responsibly,” said Staines. “It’s been 35 years trying to do something for our waters.” Staines has worked alongside fisherfolk across the country and has created her own crab claw project to harvest stone crab claws in the most sustainable way possible. The island’s top chef has been a leading participant in the Fish Right, Eat Right program since its inception in January 2016. Chef Staines said she would continue working tirelessly towards a sustainable seafood industry in Belize. 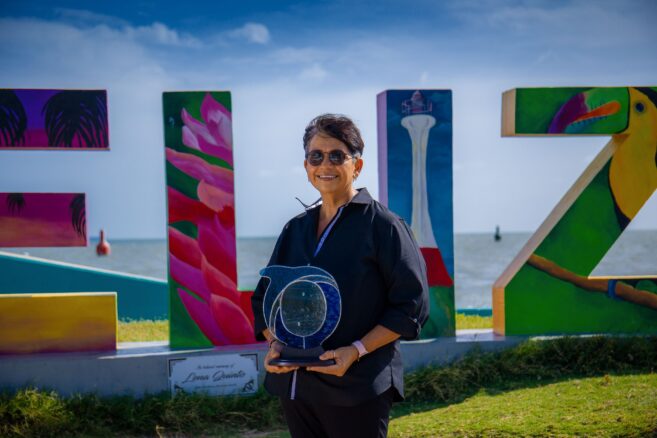 In the case of Andrewin, he hails from the pristine village of Gales Point Manatee in the Belize District. He has dedicated a large part of his life working with sea turtles and manatees, which are very common in his home village. Andrewin considers Gales Point the backbone of the village in safeguarding these marine creatures. Andrewin has dedicated his life to conservation and teaching the younger generation of its importance.

Andrewin is currently the Chair of the Gales Point Wildlife Sanctuary. It has partnered with Marymount University to lead the Hawksbill Hope program that uses satellite tags to track the movement of hawksbill turtles nesting in Belize. “First, it was for protection and gathering of information, but to me, that was not enough,” said Adrewin. “We decided to tag and put on satellite tagging that would give more information and learn more about the animal migration pattern, like how far they go and when they return back to the nest,” Andrewin added that they learned from their ancestors to conserve, preserve, and then share information with visitors who they would take to see manatees and turtles. This commitment to protecting both manatees and sea turtles over the years can be seen in his community, where marine conservation and preservation have become a way of life. 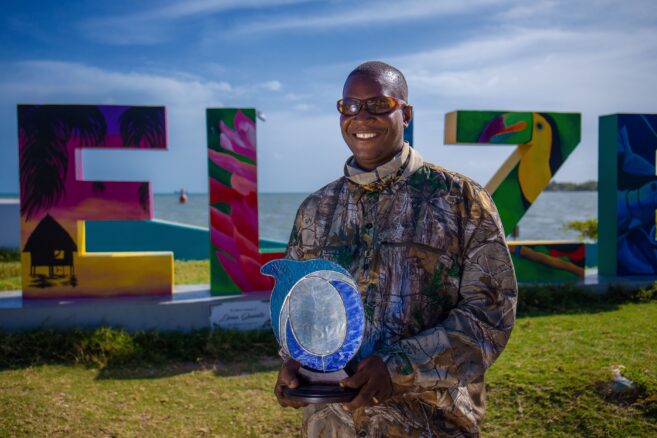 Oceana’s Vice President Janelle Chanona said that it was very fulfilling to the entire team that this year, they received the highest number of nominations for these awards. “It is so heart-warming to read the accounts of so many of you championing fellow Belizeans for their commitment to doing what they believe in, even when it wasn’t trending because they knew it was the right thing. Belizeans uplifting Belizeans, what a thing of beauty!”