« Older: The Duke and Duchess of Cambridge: Prince William and Kate excited to visit Belize in March
Newer: » Government retires the curfew; changes to mask-wearing, and COVID-19 border testing


On Thursday, February 24th, the Chairman of the Hol Chan Marine Reserve (HCMR), Ian Pou, provided details of the organization’s current state, its finances, and how it has been recovering from the alleged mismanagement by the previous administration. The report also touched on the conditions HCMR’s equipment (vehicles and vessels) were left in and the questionable activities of certain staff members.

According to Pou, they have parted ways with some of the staff reportedly involved in illegal activities. He said that the team currently working with him is hardworking and has contributed immensely to the institution’s ongoing recovery. His report indicates that upon assuming office as Chairman in January 2021, he encountered an alarming financial status and claims HCMR was flat broke. 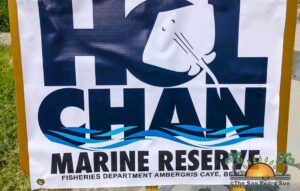 “We were left with a deficit of an overdraft accumulating of $150,000. Tens of thousands owed to Belize Electricity Limited and Belize Telemedia Limited, and over $200,000 was owed to suppliers, which of many were ready to take court action,” said Pou. He added that over $90,000 was owed to HCMR in accounts receivables. There was also an alarming number of payables inherited by the new administration. Besides what they owed to Social Security, employees were placed on a 50% salary reduction and often not paid for more than three months at a time. According to Pou’s report, employees were still required to fulfill their duties and the pause in salary, reportedly due to the COVID-19 pandemic, led to a total of $192,564.98 owed to the staff.

To avoid the collapse of the administration looking after Belize’s top marine reserve, the HCMR team said they negotiated and worked with many stakeholders on the island. This partnership allowed them to get back on track, and Pou proudly noted that their accounting department had reduced the funds owed to the organization by 78.5%. “I can proudly say that our accounting department has ensured that accounts are being paid in a timely manner, reducing accounts payable,” said Pou. Additionally, Pou stated that while operating under the pressure of the pandemic, they could pay what was owed to their hardworking staff in a short time. 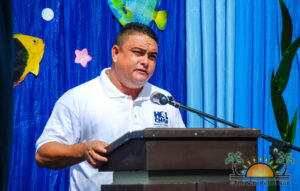 “We are not where we want to be, but we are surely heading the right direction,” Pou said, “with the help of stakeholders on the island, the Hol Chan land and sea fleet continues in recovery mode as most of their vehicles and vessels were reportedly left in an almost unserviceable state. Today, a better-equipped marine station returned to the Hol Chan channel. This is for improved monitoring and better serving the thousands of visitors to the reserve.”

The ongoing process of the misappropriation of funds at Hol Chan

In February 2021, the HCMR audit was announced, denouncing the misuse of millions, and implying that those responsible would be revealed. However, that information has not been provided except for holding the previous Executive Director accountable for large amounts of squandered funds.

According to Pou’s report, over $95,000 was used for personal benefit by the previous director without proper approval. Moreover, HCMR reportedly received $349,720 from the Protected Areas Conservation Trust. Pou said over $80,000 was designated to develop a visitor’s center to act as an educational tool for the island schools and community. “To date, there is no visitor’s center or records of how the monies were spent,” said Pou. The Chairman pointed those actions put the organization at a disadvantage when seeking local funds. However, the good news is that they have proven to those who believed in them that this new administration is different and will continue working to better environmental protection and preservation.

While investigations allegedly continue, it is yet to be seen if anyone accused of misappropriation of HCMR’s finances/resources will be held liable via legal action.

Calendar of events for the San Pedro Lobster Festival announced