Despite the inclement weather, Garifuna Settlement Day was celebrated in San Pedro Town on Saturday, November 19th, with the traditional Yurumein re-enactment of the arrival of the Garifuna people to Belize in 1832, a parade, mass, and cultural day. The annual public and bank holiday were celebrated under the theme ‘Вun, Аmürü Nu Наgаbürіbеі Gаrіnаgu; Аwаnѕеrаmеmе Wаmá Lаu,’ which means ‘I for you, You for me is the Garifuna Way: Let us Continue to Move Forward.’ 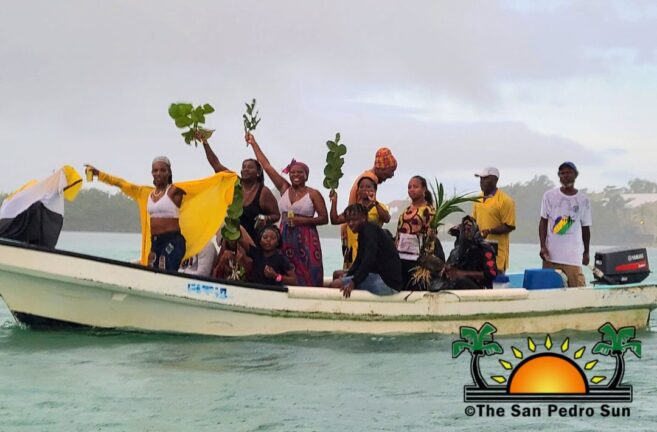 The festivities leading to November 19th started early in the week with nightly drumming sessions at Central Park. On Friday, November 18th, opening ceremonies were planned for the evening at the Boca del Rio beach park, but heavy rainfall changed the event. However, the drumming and preparations to carry on the festivities the following day continued, and early by 6AM, under a light rain, the re-enactment, consisting of the Garifuna people arriving on the shores in boats, took place. Mayor Gualberto ‘Wally’ Nuñez and Area Representative Honourable Andre Perez joined the traditional event. 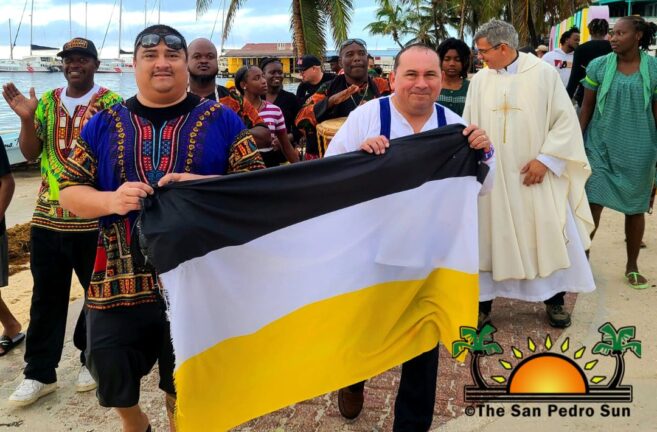 On their arrival to the shores at central park, drumming and dancing continued. There was a parade through the streets of downtown San Pedro, and Father Eduardo Montamayor welcomed them at the San Pedro Roman Catholic Church, where a mass was held. 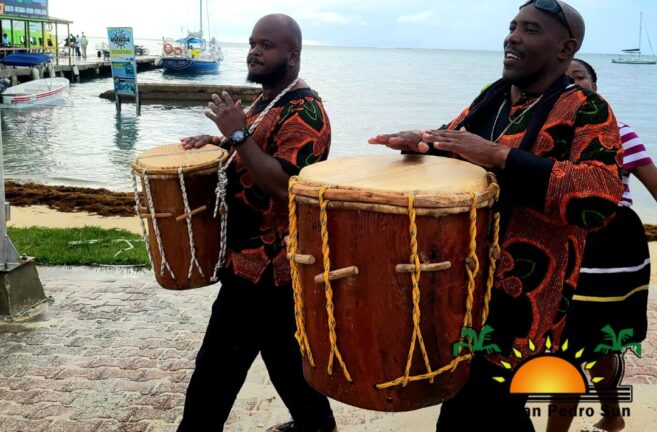 Later in the day, festivities continued at the Boca del Rio beach park with traditional Garifuna food available for purchase. Garifuna delicacies included Hudut, Tapou, Sahou, and of course, the ever-present rice and beans were the lunch of choice as well. However, the rain dampened the event as it rained for hours until the afternoon.

Belizean Archaeologist Dr. Jaime Awe to be awarded by the Society for American Archaeology