On Friday, November 18th, schools across the island celebrated Children’s Day with games and educational activities. Some of these schools took advantage of the occasion and, throughout the week, invited several island professionals to make inspirational presentations and raise awareness of the need to protect the fragile natural ecosystems supporting islands like San Pedro, Ambergris Caye. 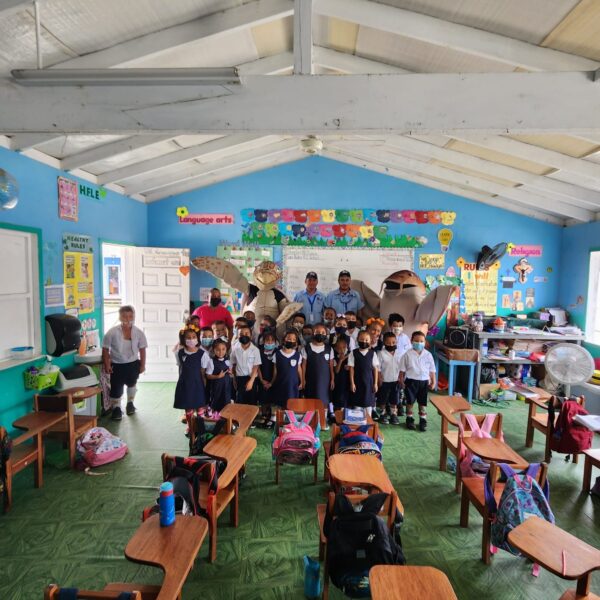 One of those organizations invited to provide fun, informative presentations to the schools was the Hol Chan Marine Reserve. Some schools they visited included the ABC Pre-School, where they were involved in a series of interactive educational presentations with young students. Another school visited was the San Pedro Roman Catholic Primary School, where another round of environmental presentations took place during the week. Hol Chan was again back on Friday for another awareness session, and the students were greeted by Hol Chan’s mascots Sharkie and Turtle. 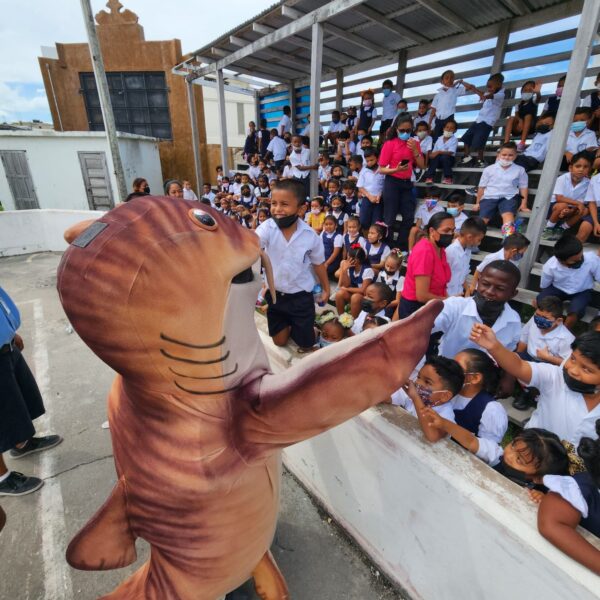 Other schools, like the Ambergris Caye Elementary School, organized a game day. The students were divided into groups, and the winners were awarded at the end of the fun games. At The Island Academy, there were cultural presentations by the island Garifuna groups with drumming and Garifuna dances. 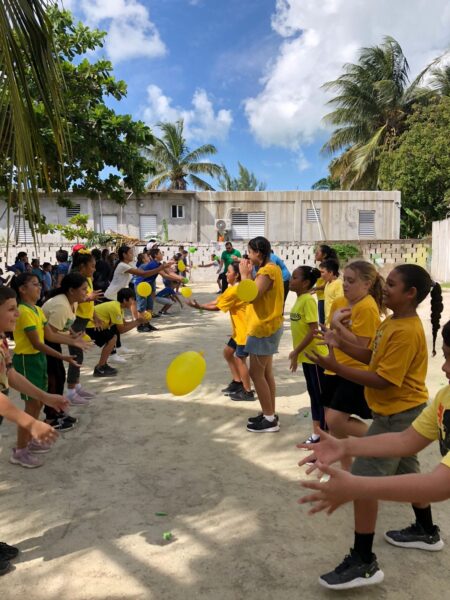 The San Pedro High School held a Culture Day at their Angel Nuñez Auditorium. This year’s theme was ‘Many Cultures, One People, One Country.’ Booths were set up at the auditorium featuring ethnic groups and the Belizean culture. Spectators learned about the different groups’ history, language, clothing, lifestyle, and dances. The booths included colourful displays, pamphlets, posters, and some included food samples. There were also cultural presentations like Garifuna dances, given that Garifuna Settlement Day is celebrated nationwide on Saturday, November 19th. The most special booths and students were awarded at the end of the activity.

This year, Children’s Day activities were observed under the theme, ‘Inclusion for Every Child.’ World Children’s Day was first established in 1954 as Universal Children’s Day and is celebrated on November 20th to promote international togetherness, and awareness among children worldwide, and to improve children’s welfare.

Letter to the Editor: Is this your Isla Bonita?