The tour guide and conservation community are concerned after allegations surfaced that a film crew caused damage to the Belize Barrier Reef System at Hol Chan Marine Reserve. According to a social media post by a local tour operator, while filming at Hol Chan on Friday, November 3rd, a film crew hired by Royal Caribbean Cruise Line behaved “carelessly…touching, kicking and even standing on the delicate corals”, even after being advised against these actions. 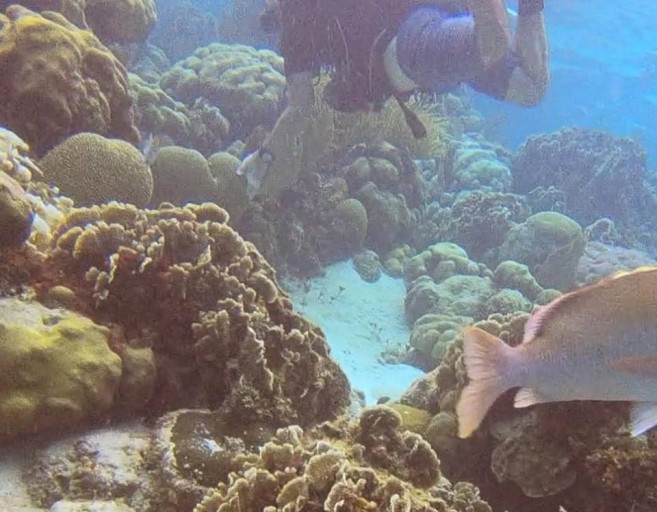 The tour operator further explained in his post that he had been hired to guide the film crew while on the job. “I was given the assignment to keep an eye on the videographers in the water. So we hopped in the water, me, a diving videographer and two others that would be on the surface snorkeling while they filmed two young boys snorkeling around. As soon as we got in, we headed towards the northern part of the channel in the shallow area. I noticed that the snorkeling videographers were kicking the coral. I popped my head up and told them they need to watch how they’re kicking as they can’t be doing that,” explained Tour Operator Ian Oliva. 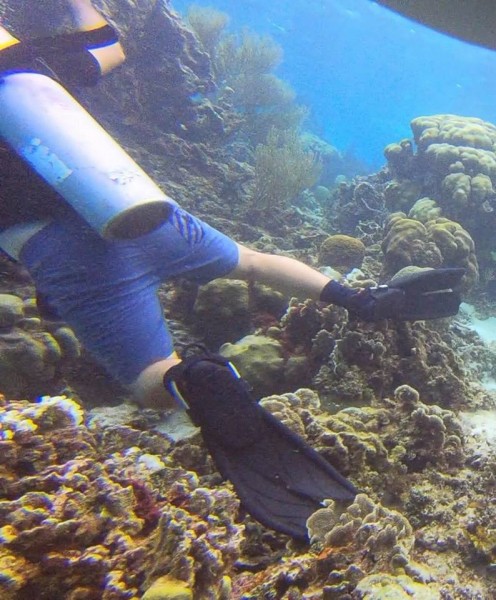 However, Oliva alleges that his caution went unheard and that the ill-actions towards to coral formations continued. “We continued on, and once we got closer to the channel, one of them proceeded to stand on the coral to have his head out of the water. I popped up once again and this time actually yelled at him to come off and stop! We continued our way into the channel where things got even uglier, this time with the diving videographer. First, he was way overweighted as even before we got to the channel, he was dragging along the turtle grass beds.” Oliva explained, he got frustrated over the incident and left the site prior to the completion of the filming. 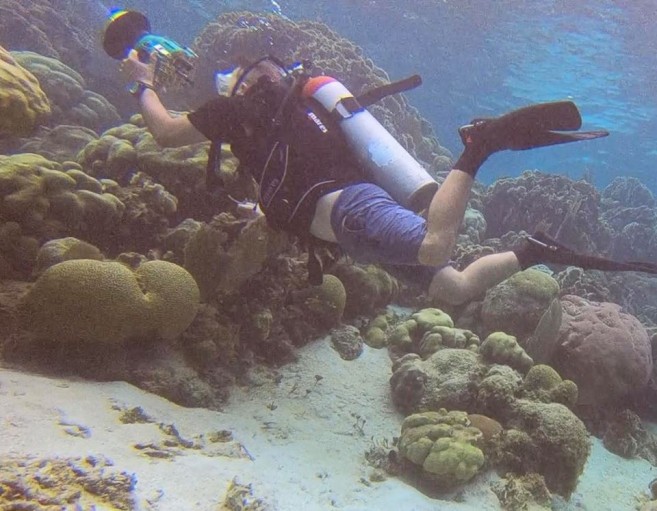 To further clarify these allegations, The San Pedro Sun contacted a representative of Hol Chan Marine Reserve management. Hol Chan confirmed that the film crew had the necessary permits to film at the protected marine site. “Normally, when film crews go to the reserve for filming purposes, they are required to hire a local guide. The guide is responsible to look after the crew’s activities, make sure that everything goes as planned and that the reef or other marine species are not harmed in any way,” said Hol Chan. They indicated that one of the main reasons film crews are required to hire private guides is because the organization is short-staffed, and Reserve rangers cannot accompany the crew. Hol Chan did indicate that the incident is of concern, and an investigation by Reserve personnel has been launched. For now, no further comments on the level of damage were offered until the investigations are completed. 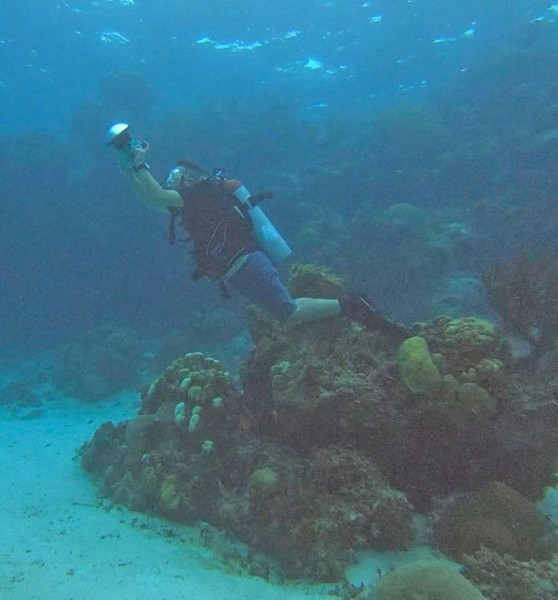 Also commenting on the incident was President of the San Pedro Tour Guide Association, Phillip “Billy” Leslie, who acknowledged that the crew member had all the right to be at Hol Chan filming after obtaining the proper permits. The Belize Film Commission, the Fisheries Department, and Hol Chan had all ensured that proper procedures had been followed in acquiring the permits. This included hiring a local guide to monitor and assist the team. Leslie further mentioned that the safety of the divers and the environment is the responsibility of the safety diver.
Hol Chan Marine Reserve reminds the general public and visitors that marine life, including corals, should not be tampered with. Divers and snorkelers should avoid touching coral, by all means, possible, as the simplest of touch can destroy the organism. To report any misconduct within the marine reserve, contact 226-2247.