With the escalating crime rates across Ambergris Caye, residents frequently question the effectiveness of the San Pedro Police Department. On many occasions, a person known to have been charged for a crime is seen out on the streets shortly after their arrest. This has led to community frustration, with residents claiming that the local police are not doing their job. Seeking to clarify the situation, The San Pedro Sun sought answers from the local island authorities.
The fact is that the release of persons charged is not a decision made by police officers, but by the Magistrate stationed in San Pedro Town. 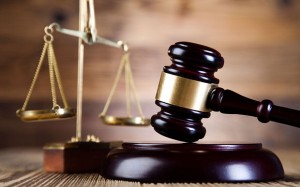 In an interview with current San Pedro Town Magistrate, Janelle Villanueva, the functions of the court and why certain decisions are made was explained. According to her, the main function of the court is to administrate justice in the local judiciary system. She stated that when persons are issued an arrest warrant and brought in for trial, they are entitled to bail by law, as long as the felony is not murder, possession of fire arms or drug trafficking in large quantities. “It is in the constitution of the country that every person has a right for bail, as long as they meet certain conditions. Bail is a form of assurance that the person in question will be present for his/her trial and not flee,” she said. While this is the case for bail, there have been incidents whereby people breach their bail conditions.
Villanueva explained that the breaching of bail without the proper justification is an offense that can lead to further charges and/or imprisonment. “Sometimes there is confusion regarding the person’s dates for the bail or what has been discussed in court, and in some occasions the persons are brought in to court but are not tended to, due to the absence of the magistrate, thus they are released,” said Villanueva. According to her, it is very rare for persons to breach their bail more than once, and many always make themselves available when their time to appear in court is scheduled.
Another major concern brought up was the issuing of bail to foreigners who present a significant flight risk. Villanueva believes that bail must be offered to anyone regardless of their nationality. She elaborated on the recent drug trafficking incident involving two foreigners on the island. She commented that they were granted bail due to the fact that the amount of drugs (in this case Cannabis) was very minimal. She did explain that if the offence were of a more pressing matter, then the culprit would not be offered bail, whether he was a foreigner or Belizean national.
Magistrate Villanueva also spoke on cases of victimization by police on particular residents who are known criminals. In many cases, when these persons are brought in before the court for a trial, the evidence presented by the police does not match the elements of the crime. According to Villanueva, if after analysing the evidence, nothing stands out for a judgement to be made against the suspect, then the individual is free of any and all accusations.
The surest way to convict a criminal is in a case where the victim was able to identify his/her attacker during the court session. However, residents have complained that even when they identify the culprit, the San Pedro Magistrate, surprisingly, still dismissed the case. The magistrate alleges that the suspect was not properly identified, even though the accuser was sure about the identity of the culprit. Despite this declaration from the witness, it was not enough evidence to lay charges on the accused person, commented Villanueva.
In addition, Villanueva declared that the court does not assist the police, and in cases whereby an investigation is ongoing, the police must meet the deadline before the person is to be released. After 48 hours, if no concrete evidence can be obtained, the detainee must be set free by law, regardless of their origin or the alleged crime they committed. She also mentioned that no extension can be granted to keep a suspect in detention to allow police time to complete their investigations. “That is a violation of human rights, and abusing of the court’s process for holding someone in custody beyond the mandated time,” said Villanueva. According to her, all the decisions made in each court case is based on the law. The court process also ensures that nobody’s rights are violated and everyone gets a fair treatment.
The Magistrate Court in San Pedro is open Monday to Thursday 8AM to 5PM and on Fridays 8AM to 4PM. Villanueva encourages everyone to continue using the services of the court which is open for everyone seeking solutions regarding civil matters and namely family proceedings.