33-year-old San Pedro resident William Godoy was arraigned for Alfredo Cowo’s murder on Monday, January 22nd at the San Pedro Magistrate Court. No plea was taken, and due to the nature of the offense, bail was denied. Godoy was then remanded to the Belize Central Prison until his next court date on April 13, 2018, for a disclosure. His family, along with many island residents, are shocked and disappointed with the outcome of the situation as they strongly deny the accusations against Godoy. They are confident that their relative and friend is innocent of the murder charge and that there may be a plot to wrongfully accuse him. 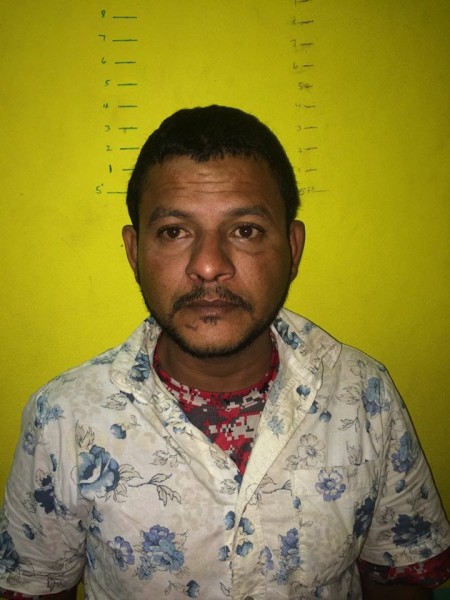 Godoy, a mechanic from the DFC area of San Pedro Town, was formally arrested and charged on Friday, January 19th for the murder of Alfredo Cowo. Cowo was shot and killed shortly after midnight on Tuesday, January 16th near the Central Park. He was reportedly sitting on a golf cart along with his girlfriend, Paola Reyes, when a lone shooter approached them and fired several shots, fatally injuring him. Initially, Reyes stated that she could not identify the shooter, but on Friday, during an identification parade, she told San Pedro Police that Godoy was the shooter.
According to police, Godoy was charged because he was identified by the main witness. During a press briefing in Belize City, police could not offer further evidence other than the statement of the said witness. Police also said that no motive had been established for Cowo’s murder and that the murder weapon is yet to be found.
The Godoy family and many islanders refute the allegations that he is the person liable for Cowo’s death. They even shared with The San Pedro Sun his alibi. One of Godoy’s female friends provided proof that she and Godoy were messaging via Facebook between 12AM and 12:23AM on that morning of Tuesday, January 16th. In the conversation, Godoy was asking his friend to accompany him to the Casino located north of the Sir Barry Bowen Bridge. She declined the offer due to the late hour and the conversation ended and Godoy reportedly went to sleep. It was around this time that Cowo was apparently being shot near the Central Park.
Ruth Pernillo, Godoy’s sister stated that it is an injustice what they are doing to her brother. She indicated that it is impossible that he could have done such crime when he was at home. “My brother could be many other things, but never a murderer,” she said. “He is innocent and everyone on the island knows that he is a hard worker and very dedicated to his family.” Pernillo believes that Godoy is being framed for something he did not do and shared that Cowo and her brother were friends and not enemies. “We know Cowo from a long time, there were never any problems with him so my brother would have no reason to kill him. My brother is innocent and we will not stop until we get him out,” said Pernillo.
Several attempts were made to contact Cowo’s family to weigh in on the situation but were all futile. 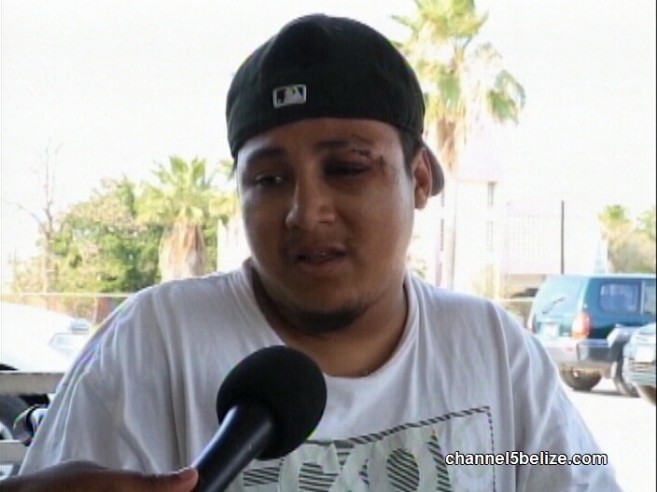 Godoy’s family is certain that Cowo was murdered because he was trying to re-open a case against two officers of the San Pedro Police Formation, who caused him injuries during a shooting incident in April of 2017. Many witnesses, who asked to remain unnamed, declared that the said officers threatened Cowo’s life. Cowo confirmed such allegations to The San Pedro Sun on Tuesday, January 9th, stating that his life was in danger and that if anything happened to him, the police would be liable. A week after his bold statement, he was gunned down. Many residents believe that is all a cover-up and that the police department was under pressure to find somebody to blame. “They picked an innocent man, they thought that maybe he did not have family or friends on the island, well he does – and a lot – and we will do everything we can to prove his innocence,” said a witness. “I have known him for years, he is not a troublemaker and has never had any brushes with the law.”
Another witness shared with The Sun that he saw the real shooter, who he described as a tall clear skinned person, who was dressed in a warm cap and a hoodie. “I was sitting by Buccaneer Street watching videos on my phone when I saw the person walk by. He took out what appeared to be a gun, cocked it, and continued his way in the direction of the Central Park,” the eyewitness said. “Minutes later I heard gunshots, and that same person ran past me heading down the street and turning left in front of the Honourable Louis Sylvestre Sporting Complex.” He indicated that another witness who was by Central Park saw the homicide as it happened, but this person has declined to offer a statement or speak to the media because he fears for his life.
In addition, surveillance footage on Barrier Reef Drive and Central Park, and as well as other footage on Buccaneer Street show the suspect walking towards the park and then running away from the crime scene minutes after the shooting. “There is a lot of evidence that shows that my brother did not kill Cowo, there is the surveillance footage, the eyewitnesses willing to provide statements and there is even the alibi that my brother was at home, but yet they still charged and remanded him,” said one of Godoy’s brothers. “With the help of one of the witnesses, we even told police where the real suspect was living. They did not pay much attention to us. Then they claim that they went to look for the person and found out that he has already left the island. Again this just shows that maybe it’s all a plot to frame my brother, and it is not fair and we will not stop fighting for my brother’s freedom.”
The family has secured the legal services of attorney Richard ‘Dickie’ Bradley, who will be working on Godoy’s case. They are optimistic and trust that with all the evidence they have compiled, their relative will be freed.
The Godoy family also seeks the assistance of anyone that may have information on Cowo’s murder. They encourage other eyewitnesses to join them in proving Godoy’s innocence by sharing what they saw. Meanwhile, they are also working on organizing a peaceful protest set tentatively for Saturday, January 27th through downtown San Pedro.