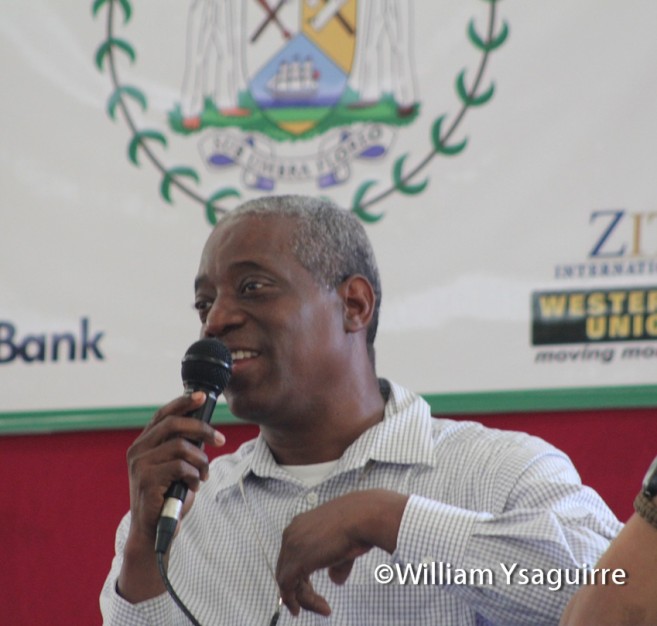 To represent La Isla Bonita at this forum, the students over-nighted in Belize City to be early in San Ignacio for the meeting. They heard presentations on the history of the unresolved territorial dispute between Belize and Guatemala, the economic, social and cultural impacts of the dispute, and the possible path to resolving the claim at the International Court of Justice (ICJ) and they then considered the way forward with ten suggested actions. 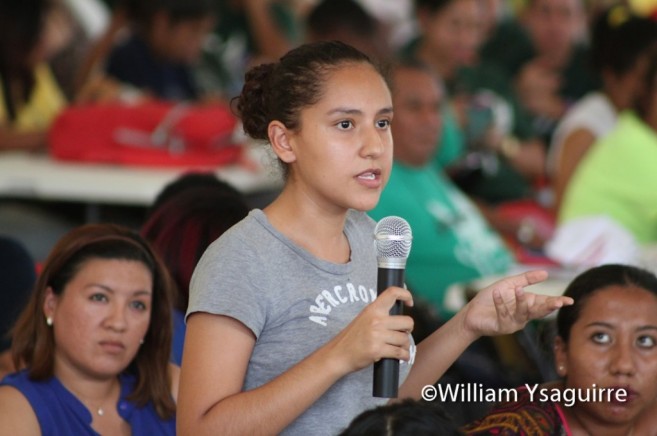 While some advocated education of their peers as the first action, the Benque students who have more contact with Guatemala suggested that cultural, artistic and educational exchanges by young people of both nations would help build confidence among people of neighboring communities.
The media has an important role to play in this, others suggested that the young people partner with the media to ensure they report both sides of the issue. Others put forward that 16-year-olds be given the right to vote, since the law also holds them accountable for crime at that age. 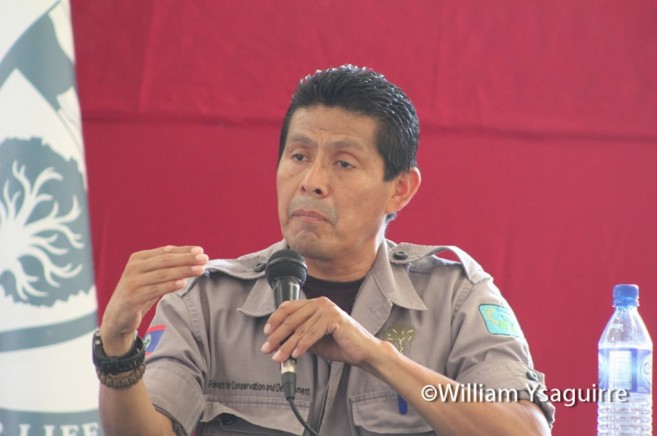 Still others said diplomacy had run its course and it was now time for demonstrations in the street, for Belizeans to defend their country. Since some 800 Guatemalan students cross the border every day to attend school in Belize, some were for denying this access and cutting off all friendly ties.
The Ministry of Foreign Affairs in the person of Ambassadors James Murphy and Stuart Leslie briefed the students on the history of the dispute, from the 1859 treaty between Britain and Guatemala, which had defined British Honduras’ borders, but which also contained an Article 7 for the British to build a road from Guatemala City to the most convenient point on the Atlantic Ocean, a payment for Belizean territory that the British never honoured.

Britain had offered to pay £50,000 pound sterling to fulfil its commitment under the 1859 treaty, but this never happened, causing the Guatemalan Congress to declare the treaty null and void in 1946 and to demand the return of Belize territory to Guatemala!
Subsequent negotiations led to the confidence building measures and the December 2008 Special Agreement to take the claim to the ICJ.
Rafael Manzanero, Executive Director of the Friends for Conservation and Development (FCD), which manages the Chiquibul Forest Reserve spoke of the $13 Million in timber, Xate, parrot chicks, wildlife and gold, which illegal poachers and loggers are taking out of Belize’s forests each year, not to mention the artefacts looted from hidden Mayan sites. There’s no way Belize can demand payment for this loss, and he suggest the best way forward is to join Guatemalan counterpart agencies to help these poor peasants in the adjacency zone find alternative livelihoods. 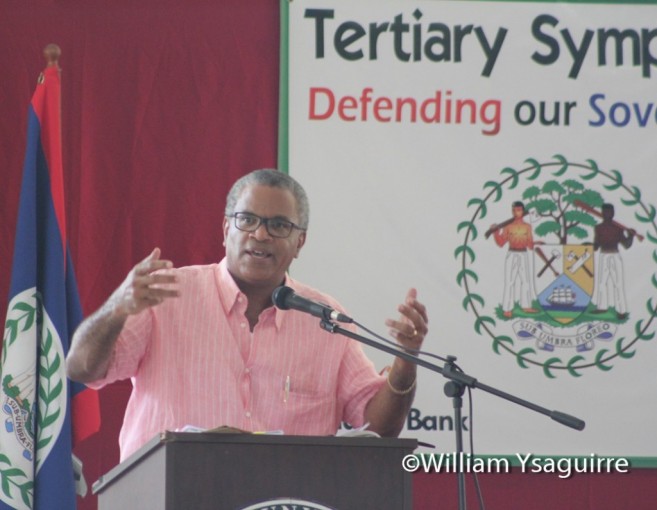 Senior Counsel Eamon Courtenay has represented the People United Party in many bipartisan delegations to Belize-Guatemala meetings and he said if this were to go to the ICJ and we won a ruling in our favour, Belizeans would still have to defend the border. He said the institutions of the state would still have to take the measures that are required, provide boots to the Belize Defence Force (BDF); provide food to the BDF; provide the right mechanisms for them, the vehicle and equipment for them to move around; provide them with boats; provide them with guns that work; provide the coastguard with a serious forward operating base; provide them with machinery, provide them with boats that can defend Belizean territory. And if shooting is required, then so be it, for that is the way in which you defend your nationality and territory; not by kissing up and hugging up and saying how nice the enemy of your country is.