San Pedro High school (SPHS) students, along with the upper-division students from the various primary schools of the island enjoyed the annual Children’s Rally held at the Angel Nuñez Auditorium in San Pedro Town on Friday, September 20th. 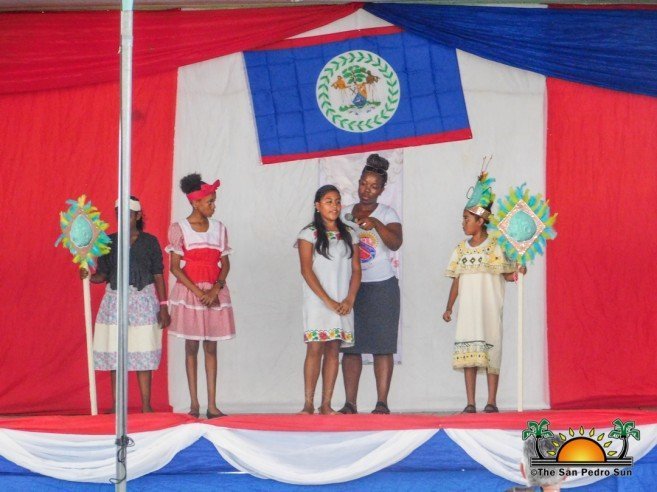 The Children’s Rally is part of the September Celebrations activities held countrywide, with the purpose of promoting patriotism among Belizean children. Under this year’s theme: “From Maya Grandeur to Modern Glory, Together let’s Shape the Belizean Story,” attendees got to enjoy motivational speeches, patriotic poems/dramas and even a special performance from Trinidadian soca artist Olatunji Yearwood, better known as ‘Olatunji.’ 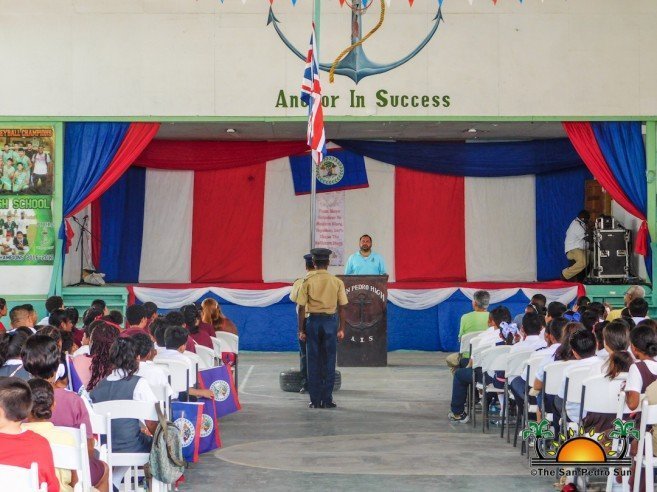 The Children’s Rally began at 9:30AM with a musical rendition of the National Anthem by the San Pedro High School, followed by the National Prayer delivered by Ambergris Caye Elementary School. Mistresses of Ceremonies, Elsie Belisle and Caroline Sersland then officially welcomed everyone to the event and invited a student of Isla Bonita Elementary School (IBES) to the podium to deliver the Welcome Remarks.

The first presentation was delivered by SPHS students, who showcased the re-enactment of the Battle of St. George’s Caye and Independence Day through a drama. 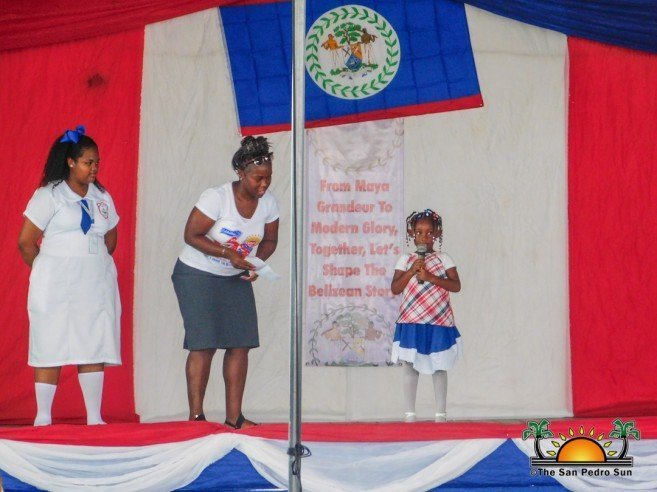 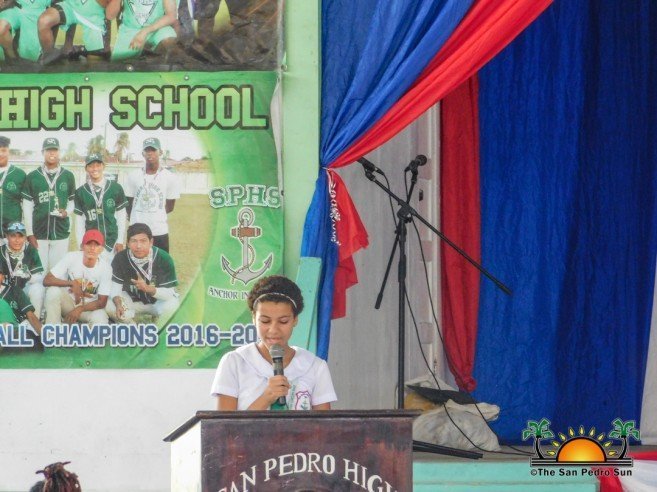 Motivational Speaker of the event, AnnElyse Fleser Perdue then delivered her speech. Perdue is a 1st form student at SPHS and former student of IBES who was the only island student to place in the 2019 Primary School Examinations’ top 25 scorers in the country. She also scored the highest marks for the Belize District with 380 out of 400 points, which landed her in the second spot countrywide. In her speech, she encouraged all students to never give up on their dreams and not to waste time but rather work hard to accomplish their goals. 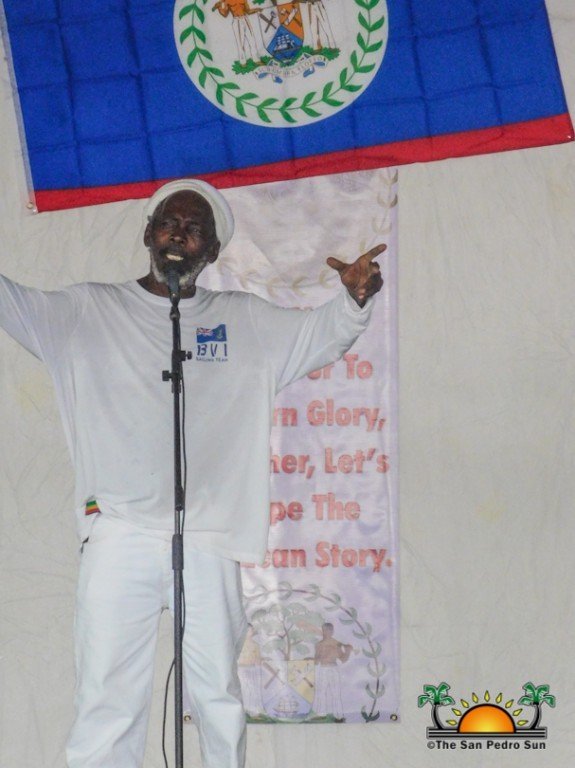 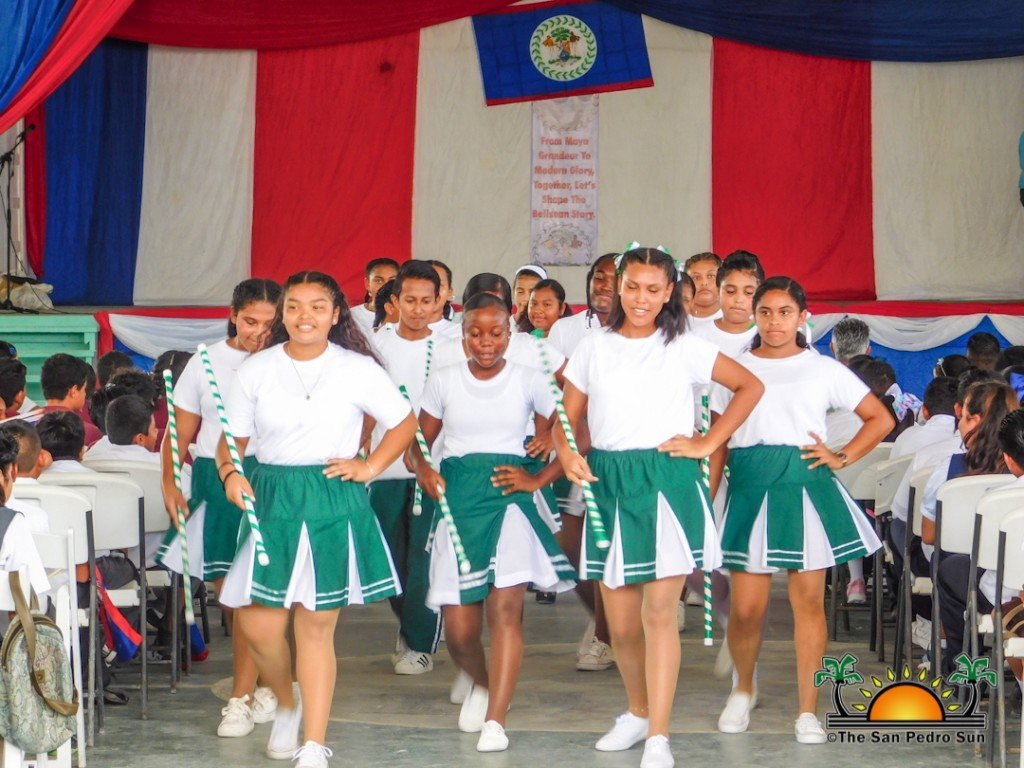 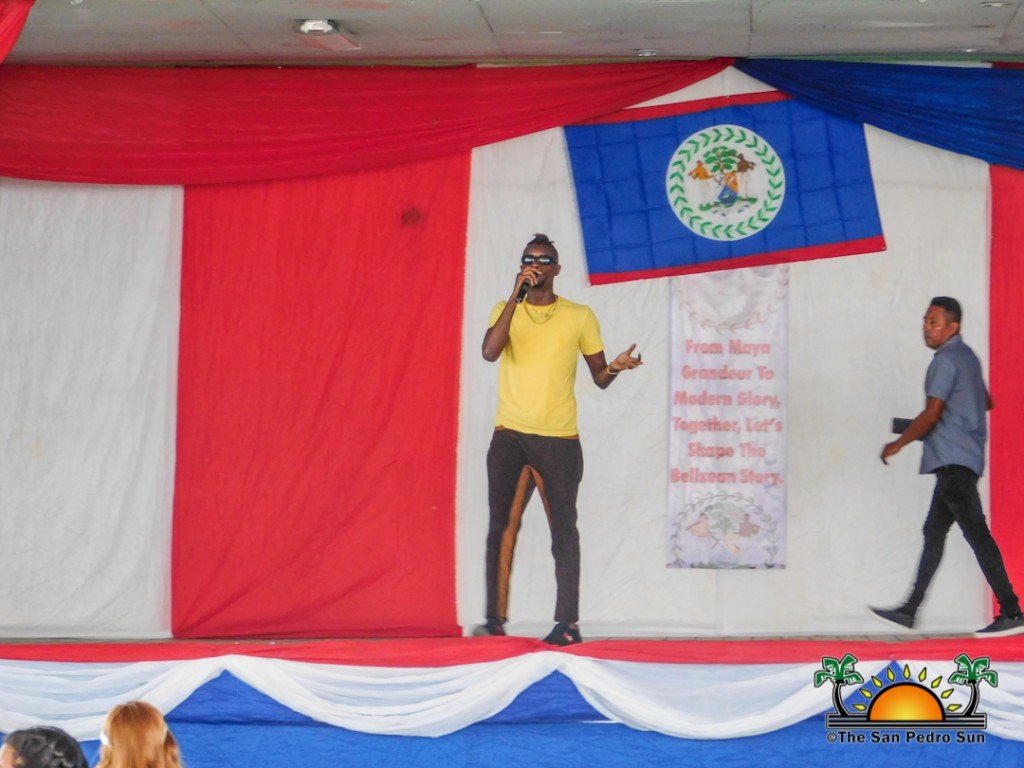 The last performance of the day saw soca artist Olatunji exciting the crowd with his ‘Ola,’ ‘Oh Yay,’ ‘Party Cyah Done’ among others. Some high schoolers even went on stage to dance along with him while he performed. 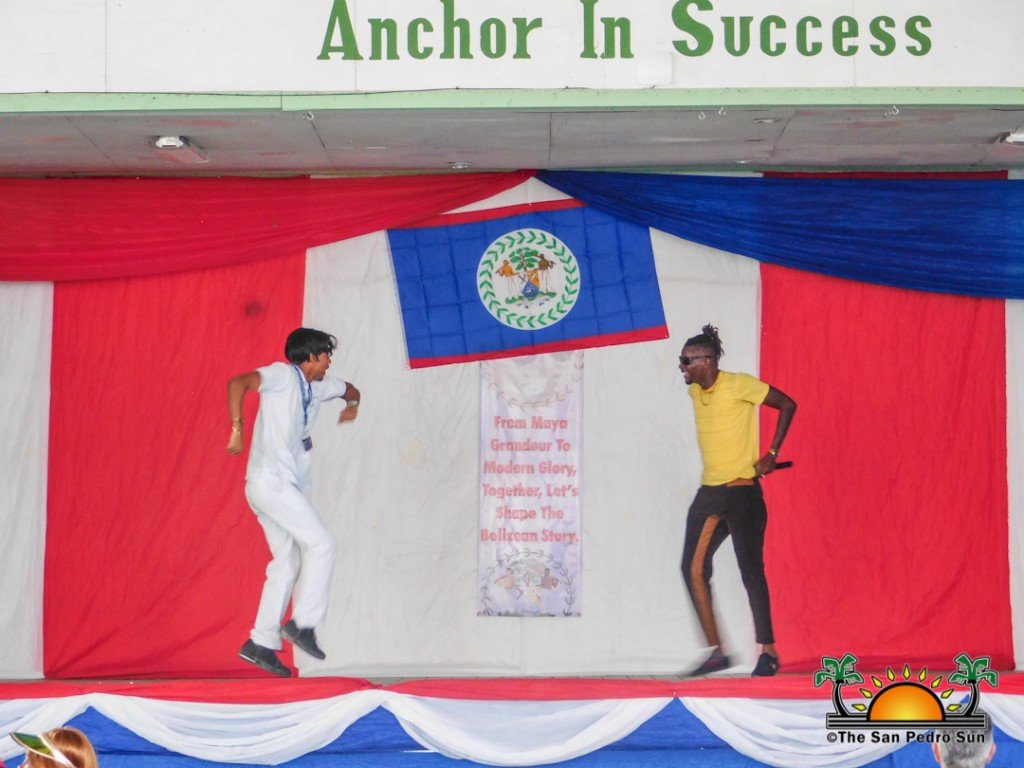 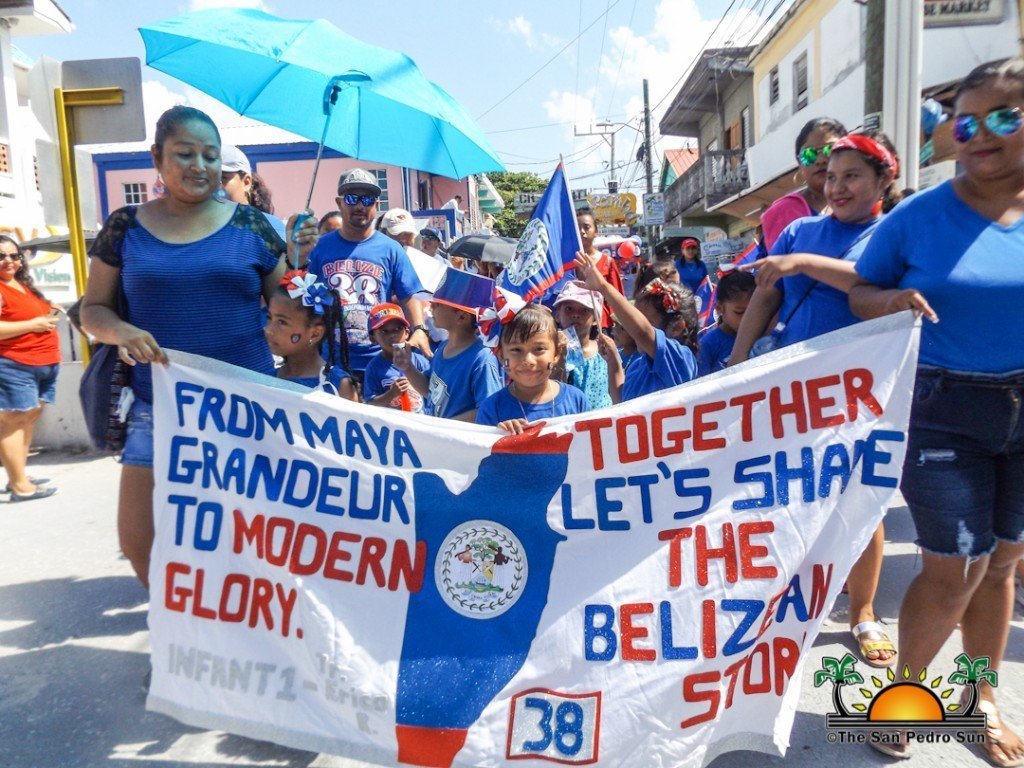 While the high schoolers and upper-division students were at the rally, the lower division students of the island participated in a colorful and patriotic parade through the main streets of San Pedro Town.

After an energetic and patriotic show, the students were treated to some snacks and drinks, followed by an early dismissal from school. Organizers of the event would like to thank all the schools that participated in the rally and parade. Happy Independence Day Celebrations!