After Standard Six students sat through two separate days of intense Primary School Examinations (PSE), the Ministry of Education (MOE) released results on Monday, June 10th. A total of 7,280 Standard Six students sat the PSE countrywide on April 8th and May 3, 2019, testing their knowledge on the four major subjects of Mathematics, English, Science, and Social Studies. Topping the country were Jasmine Espat from St. Andrew Anglican Primary school of Cayo District with 386 out of 400 points, followed by San Pedro’s AnnElyse Fleser-Perdue from Isla Bonita Elementary School (IBES) with 380 out of 400 points, and Jasmine Tatyana Nadine Faber from St. Peter Claver Primary School of Toledo District with 379 out of 400 points. 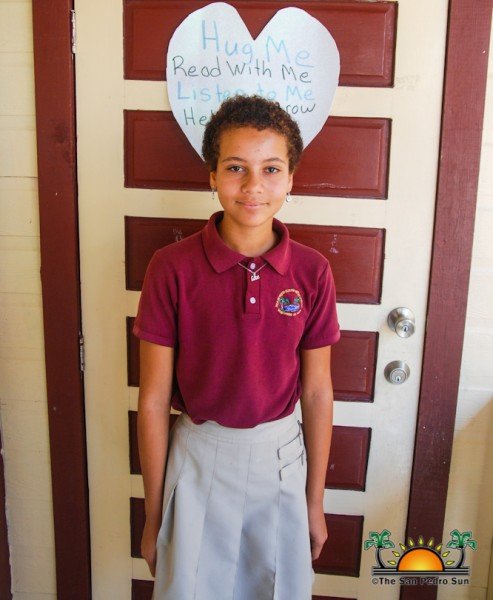 AnnElyse Fleser-Perdue was the only island student to place in the top 25, and she also scored the highest mark for the Belize District 380/400, which landed her in the second spot countrywide. Belize District had the most top performers with twelve, followed by Cayo District with six and Toledo and Orange Walk District with five top performers each.
In San Pedro Town, students are reported to have done well. The top three students on the island were; IBES’ AnnElyse Fleser-Perdue in first place with 380/400 points (95%), followed by San Pedro Roman Catholic School’s (SPRCS) Kamryn Rhaburn with 367/400 points (91.8%) and Nia Lisbey from Ambergris Elementary School (ACES) placing third with 365/400 points (91.25%).

The Island Academy’s Brian Camal scored a total of 348/400 points (87%), taking first place, while second place Annie Christine Nuñez earned 347/400 (86.75%). Rounding out the top three at TIA was Louke van Noord with 344/400 (86%).
The MOE reiterates that the results of the examination are not intended to be used as the sole criteria to enter secondary schools. However, the PSE serves two main purposes: 1) the certification of students after primary schooling in four content areas of the primary curriculum; and 2) educational decision-making to inform policy, planning, and practice at national, district, school and classroom levels.
In Mathematics, approximately 55% of the students scored at the ‘Adequate Level of Performance’ or better (Grade D). According to the MOE, in 2018, 49% of the students had scores in the E (Inadequate) range, but that dropped to 45% in 2019. Also, the mean score increased slightly from 52.6% in 2018 to 53.9% this year.
More than half of the students (70%) sitting this year’s English test scored at the ‘Adequate Level of Performance’ or better (Grade D). The mean score remains in the ‘Adequate’ range, but there is a slight increase from 55.5% in 2018, to 56.7% this year. The gap between the ‘Satisfactory’ and ‘Adequate’ range remains close but widens between the ‘Adequate’ and ‘Inadequate’ range.
Unfortunately, this year’s scores for Science have decreased. In 2018%, 60% of the students scored in the ‘Satisfactory’ or above range, while this year’s performance decreased to 46%. The downward trend in Science is now labeled as E (Inadequate), slipping from 2018’s C (Satisfactory). 66% of the students scored above 50%, a notable decrease from last year’s performance of 80%.
Performance in Social Studies showed an overall increase of 22%. Notably, the number of students (20%) whose score were in the A (Excellent) range is 4% more than in 2018. It is now labeled as C, which indicates that most of the students scored within the ‘Satisfactory’ range, a great improvement from 2018’s E (Inadequate) range. Half of the students who sat the Social Studies exam scored above 66%.
According to the MOE press release, of the 7,280 students, 3,500 (49.9%) of the registered candidates were females, and 3,515 (50.1%) were male. The National PSE Awards are due later in June 2019 to honor the top students across the country. The San Pedro Sun congratulates all the students for their achievements and wishes them the best in their academic path.

U.S. Government Hands Over Classroom Building in San Isidro to Ministry of Education