The R Angel Nuñez Auditorium was the arena for the vast multitude that came out for the annual Miss San Pedro High School pageant on Saturday, June 1st. At about 7PM, supporters gathered by the dozens carrying bright posters and creative banners, rooting for their choice of one of the eight lovely delegates that vied for a shot at becoming this year’s Miss. Miss SPHS. Opening the event with an introduction of the judges panel were hosts, Miss SPHS 2010 Solani Graniel, alongside Mr. Angel Nuñez. The judges that were tasked with selecting SPHS’s new queen were Marivel Gomez, Eiden Salazar Jr., Tatiana Rivero, Enrique De Leon, Marion Mejia and international guest judge Leslie Bodden. 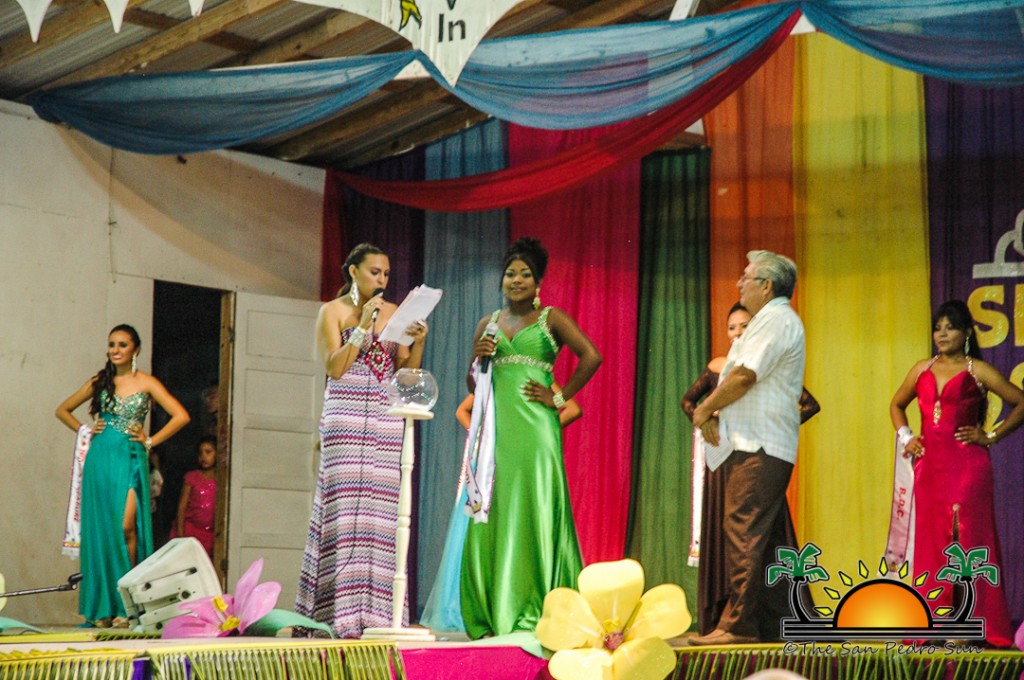 The show commenced with an opening dance whereby contestants Veronica Choc, Isolene Bailey, Amari Duncan, Janelle Tillet, Reyna Chavez, Vivianie Duran, Chelsea Muñoz, and Miriam Palacio, introduced themselves. Following the opening dance, talented duo Arlethe Lima and Ismael Kay presented an equally brilliant number. After several more dance presentations, the girls were ready to come back on stage, but this time strutting their stuff in beach wear! The ladies wore colorful swimsuits with beautiful wraps and large sunhats as they worked the stage like it was indeed the beach. The next big item on the agenda was the career wear segment, whereby each girl presented themselves fully attired in the uniforms of the various professions in which they aspire to be. From crime scene investigators to veterinarians all the ladies looked lovely and spoke of their profession of choice with thorough reasoning. 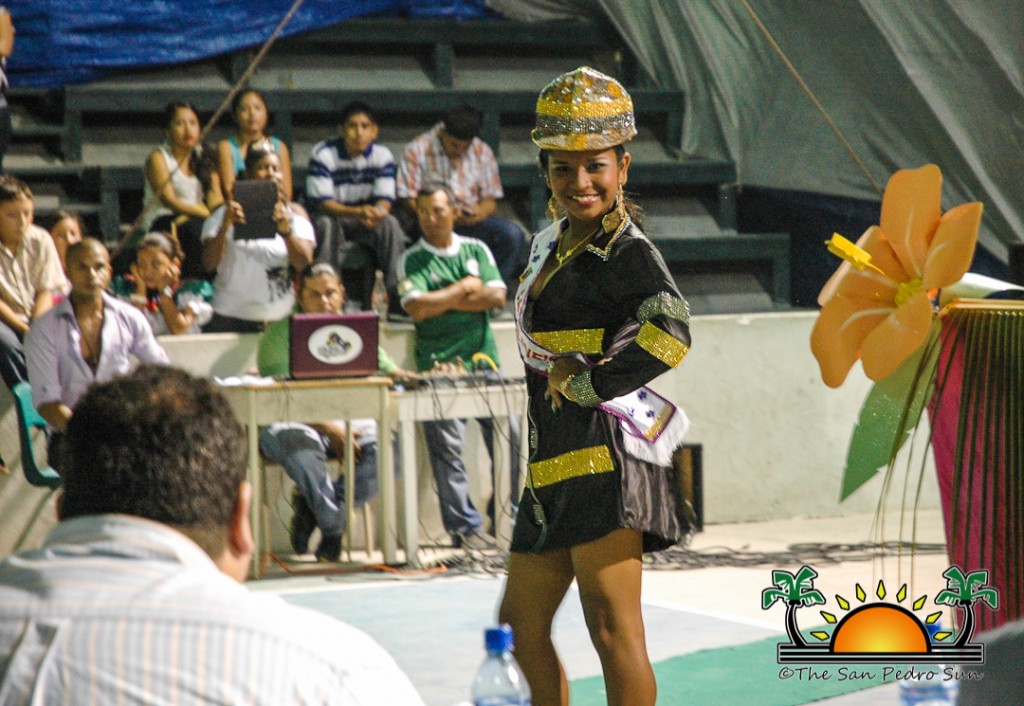 The audience was further entertained with more exquisite dance numbers by Joshi Alexander and friends, as well as the San Pedro Dance Company as the girls prepared to debut their fantasy costumes. Marvelous wonders such as the majestic Blue Hole, the Great Barrier Reef, the lush rainforest and mysterious Mayan Empire were brilliantly depicted though colorful costumes that dazzled the stage with sparkle and very commendable artwork, truly bringing each fantasy to life. Up next were the two most anticipated segments of the night: the evening wear and question and answer segment. The eight beauties graced the stage in lovely gowns before being invited up one by one to answer a randomly selected question. The hosts asked an array of questions and each delegate put forth their best answers. As the judges made their final marks, the outgoing Ms SPHS 2012-2013 Arlethe Lima was invited on stage to give her final walk.
By the end of the night an anxious audience awaited as Roberto Pasos and Julianie Ferguson of Atlantic Bank Ltd, the tabulators for the night, added up the judges’ scores that was later passed on to the hosts of the night. Everyone was on the edge of their seats, as the audience nor, for the first time, the judges knew who the winner would be. All ladies did an amazing job, but at the end of the night only one winner could be selected, and she is Chelsea Muñoz! The second runner up was Amari Duncan, and third runner up, Isolene Bailey. Ms Photogenic went to Chelsea Muñoz, and Ms Amity went to Amari Duncan. Congratulations Chelsea, and to all contestants, great job! 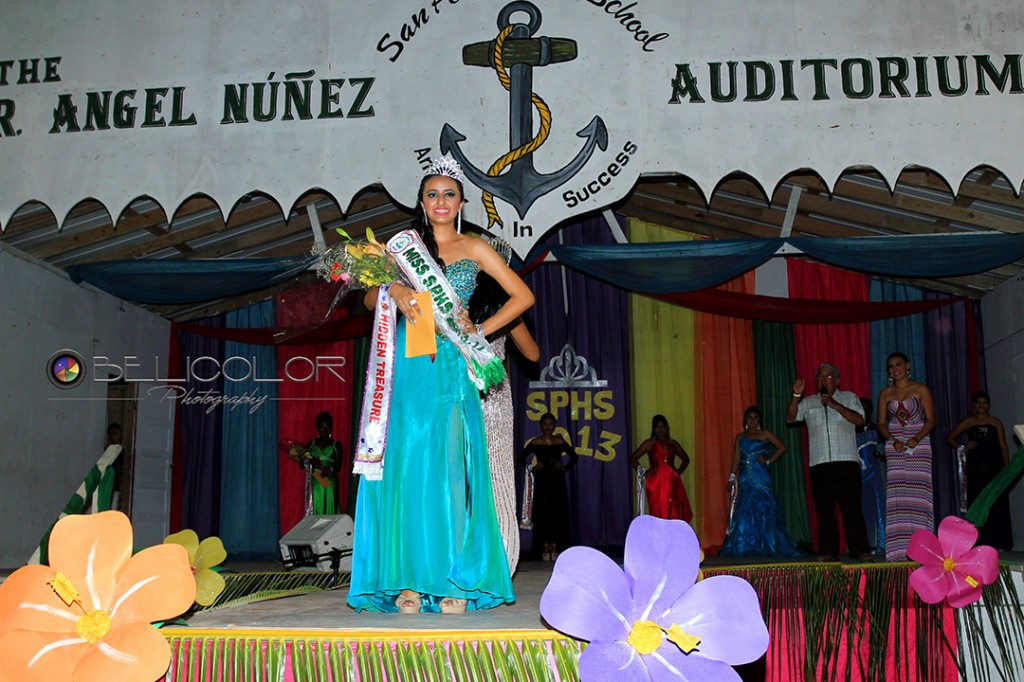 Belize Mission Project is back in San Pedro8 Photos