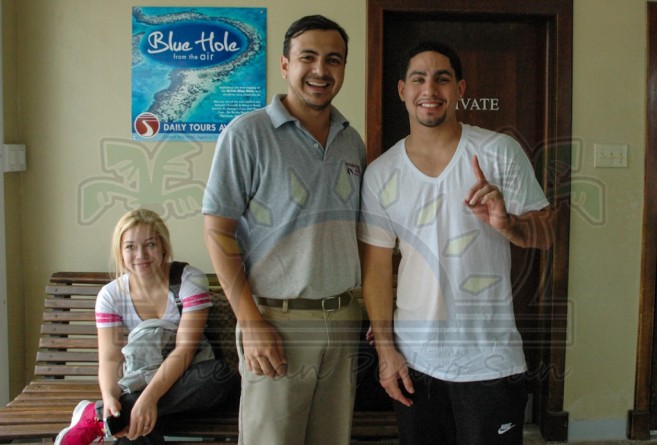 Undefeated professional boxer Danny García is in Belize and vacationing on Ambergris Caye. The current reigning WBC, Super WBA, and Ring Magazine, light welterweight champion flew in via Tropic Air from the Phillip SW Goldson International Airport shortly after 1:30PM. After being greeted by the staff at the Tropic Air, García was taken to a prime resort on Ambergris Caye. 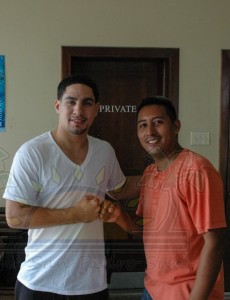 The San Pedro Sun’s Senior Reporter Jorge Aldana spoke to Danny García, who said that he was excited to be in Belize. “I have never been to Belize,” said García. “I am here on vacation with my girlfriend, experiencing the world.” According to García, he and girlfriend Erica Mendez are looking forward to having best possible time. “We want to get to know Belize. We want to go diving and snorkeling and have a good Belizean time.” 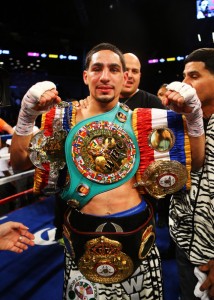 have their pictures taken with him taken. “I want to thank all my Belizean fans who follow my career. We enjoy the love and support. For those Belizean boxers, I want to encourage them to keep training hard; anything is possible in boxing,” said the 25 year old García.

Having been raised in the city with the second largest Puerto Rican community in the United States, García identifies with his heritage, stating early in his career the desire to become the “next great Puerto Rican fighter”. Since the age of 10, Danny has been training with his dad, Ángel García. Angel is originally from Naguabo, Puerto Rico, and he was also a boxer. Danny admires Boxing Hall of Famer Carlos Ortíz, and considered Ortíz’s fight against Lenny Matthews (in Philadelphia) among the most memorable he has ever witnessed.

The San Pedro Sun wishes both Danny and Erica a happy (and hopefully sunnier) stay on La Isla Bonita.

Belize Mission Project is back in Belize15 Photos