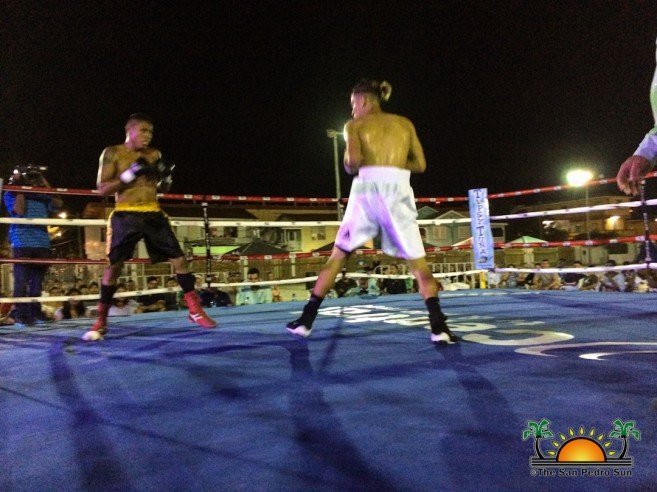 The fight night started at 8PM, with the first three-round match in the Lightweight Feather division between Belize’s Carlos Silverio against Mexican Sebastian Benitez. Silverio dominated most of the fight, and before the match ended, he was able to land a left punch to Benitez’ jaw. That punch was enough to grant Silverio the necessary points winning via a majority decision.
Next to step in the ring was Honduran Clement Heat competing against Mexican Jesus Velasquez in the Welterweight Division. In the first and second round, Velasquez had the upper hand, but in the last and most important minutes of the bout, Heat landed several uppercuts giving him the victory. 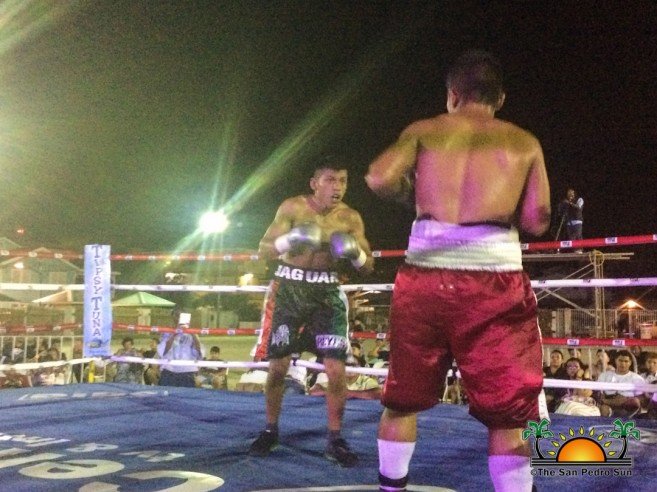 After a short intermission, the third fight of the night started with Belizean Amir Rudon taking on Mexico’s Javier Ortiz in the Super Feather Weight Division. The Belizean boxer flawlessly showed his skills in the ring, leaving Ortiz with a slim chance to make a comeback. In the last round, the boxing became intense as both fighters used every minute to show the audience who was the best. When the judges delivered their decision, a second victory for Belize was recorded with Rudon’s win.
Immediately after, the co-main event of the evening saw the female match between Elizabeth Lopez and Fanny Orozco. Both boxers hailed from Mexico and fought arduously for six rounds. Lopez and Orozco gave their all against each other to grab the victory before a loud-cheering audience. At the end of the match, the winner by unanimous decision was Lopez. 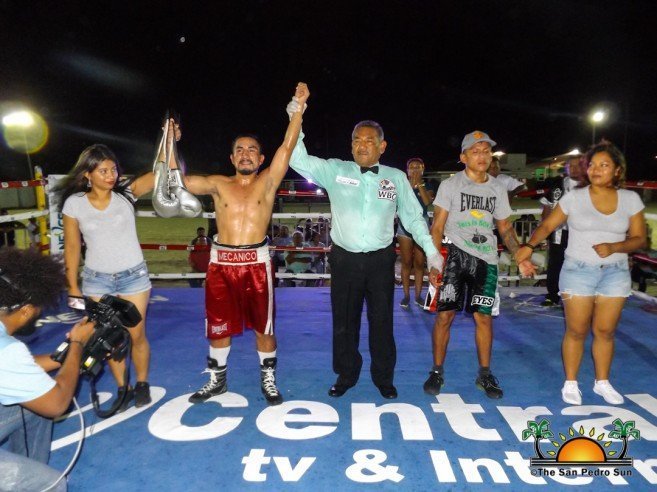 Following the co-main fight, the main event of the evening was announced. Reno Reyes from Peru and Belizean Eduardo ‘Mecanico’ Esquivel met in the middle of the ring, and when the bell rang, they went hard at each other. The eight-round match in the Featherweight Division drew loud cheers from the crowd on every episode of the fight. Mecanico was a bit slow in the first rounds, and at every intermission, the Belizean boxer was instructed by his coach to up his game. Like a good student, Mecanico did as told, and after changing his strategy in the last rounds, the judges favored him with a victory via unanimous decision. 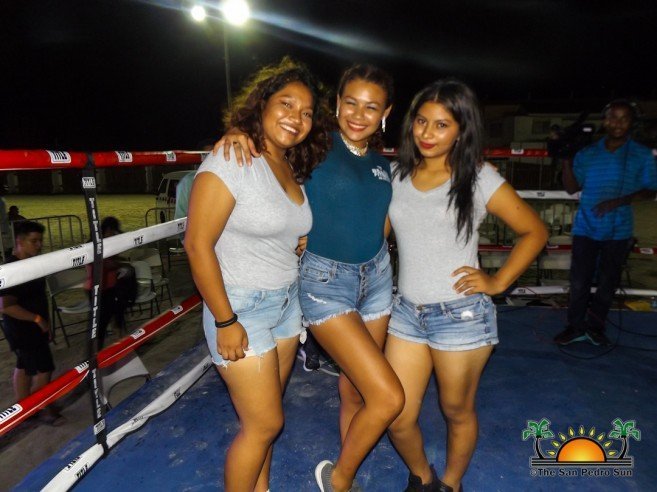