Sandino is originally from Nicaragua, but has been living in San Pedro for the past three years. He has competed in professional boxing competitions in various parts of Mexico, Nicaragua, Costa Rica and Panama.

He is currently training under the guidance of boxing coach Frank Martinez based in San Ignacio, Cayo. “I feel great representing Belize. [Professional] Boxing is still new to this country, but we are working hard to put Belize on the boxing map. I want to continue fighting and representing this beautiful country,” said Sandino.

Sandino has also been working with island youth by training them and teaching them basic boxing techniques. “I want boxing to be a sport that people can relate to and participate in more regularly. There is interest in the community, but we lack support. A boxing club was recently established in San Pedro; I am hoping that soon San Pedro will have its own boxing club as well.” 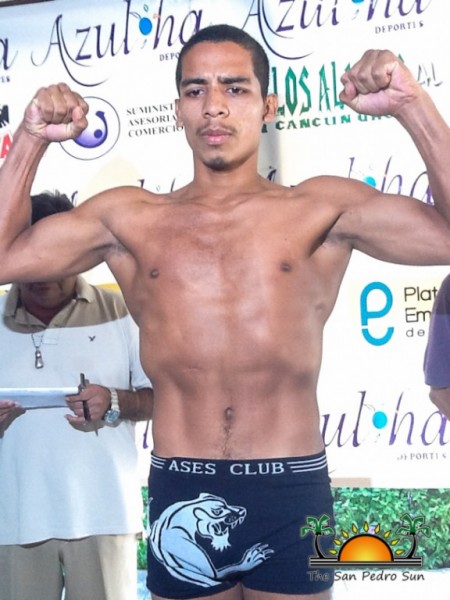 In the next couple months Sandino is expected to partake in another professional boxing competition, and when full details are available, we will keep our reader informed.

Congratulation and best of luck in your upcoming competitions!