It may have been a competition for the best BBQ, but the clear winners were certainly the 120+ sets of taste buds that got to enjoy some finger-licking BBQ at Estel’s on Tuesday, February 10th! The fourth annual BBQ Ribs Cook-off saw sold-out tickets and lots of delicious ribs being enjoyed on a gorgeous Tuesday. Competitors were Kevin Urbina, Rick Saager, Jim Gochenour, Randy Blanscet, Ali Rush and Charles Worthington (the champion two years in a row). 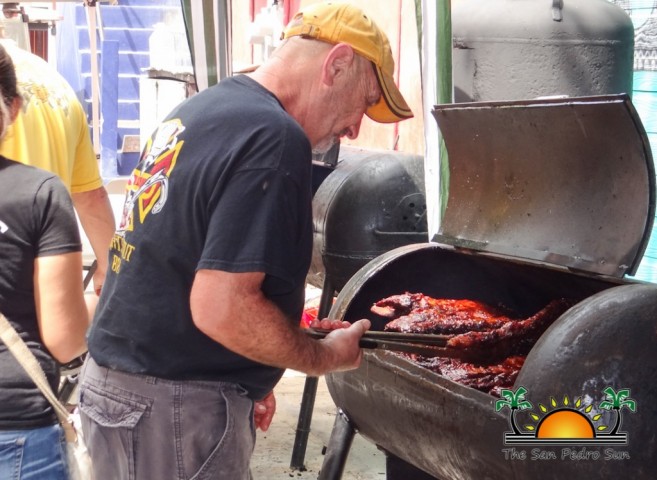 Smoky, tender, fall-off-the-bone ribs seasoned and grilled to perfection – what more could one want on a beach on Ambergris Caye?! Well, bragging rights of course! According to the judges, the clear winner was Ali Rush – who ousted Charles Worthington from his reign. A good-natured Charlie said “It was getting hard being on top!” as the crowd applauded Ali’s win. Charles still took second place, and he was followed closely behind by third place ties Rick Saager and Kevin Urbina.

According to the 120 ticket-holders to the event, the People’s Choice was different, and the top dog in that category was named Rick Saager. Second place was once again for Charles Worthington, and third place went to Jim Gochenour. Jim had the dubious honor of being named the top choice in the “Hot as…heck” category as well!
The event was a fun-filled one that gave the opportunity to the Sunshine Foundation to fundraise towards their worthy cause (providing education scholarships for island children).

Estel’s is also donating a portion of the event’s proceeds towards the foundation. We look forward to next year’s cook-off – we bet it will be SMOKIN’!