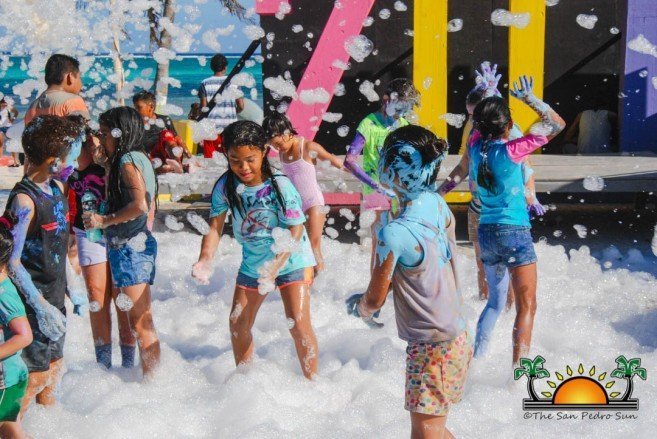 El Gran Carnaval de San Pedro is back, and for the next two days, the streets of downtown San Pedro will be filled with music, folklore and paint. This year’s festivities, which are held to usher in the 40-day Lenten Season, began on Saturday, March 2nd, with its first ever Canaval Parade followed by a block party at the Honourable Louis Sylvestre Sporting Complex. So far the annual celebration has included one comparsas (dancing groups) presentation and a kids carnival foam party at the Central Park. 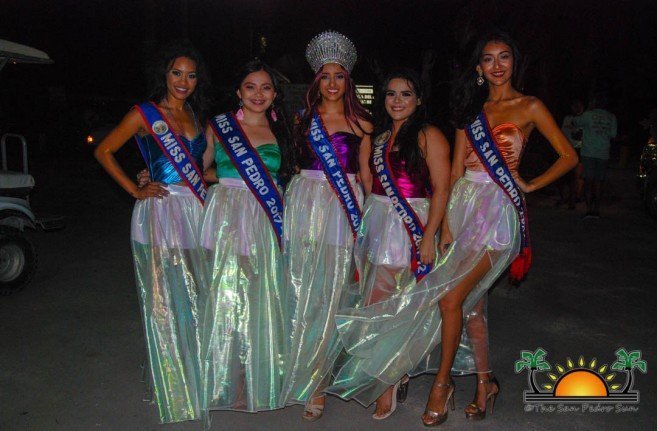 Held under the theme ‘Mejorando la Tradicion,’ the event is organized by The San Pedro Town Council (SPTC). 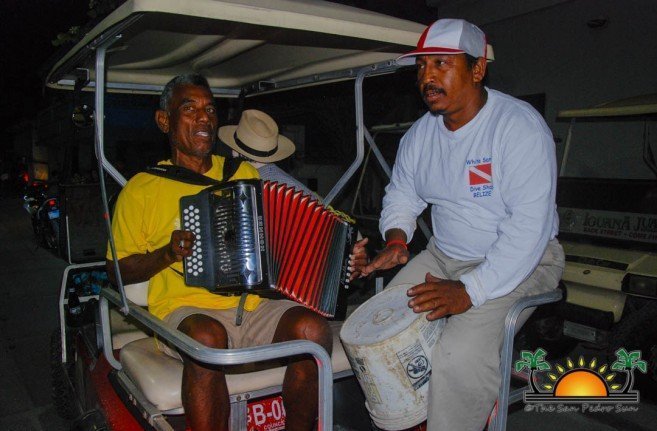 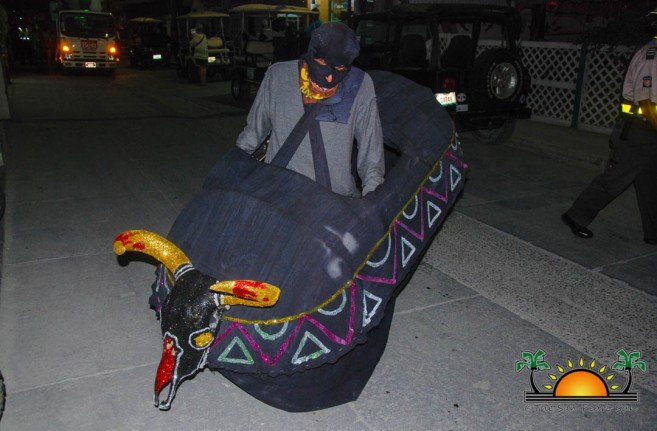 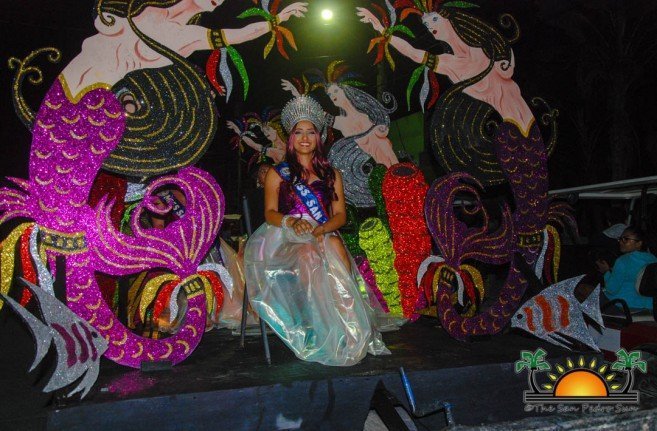 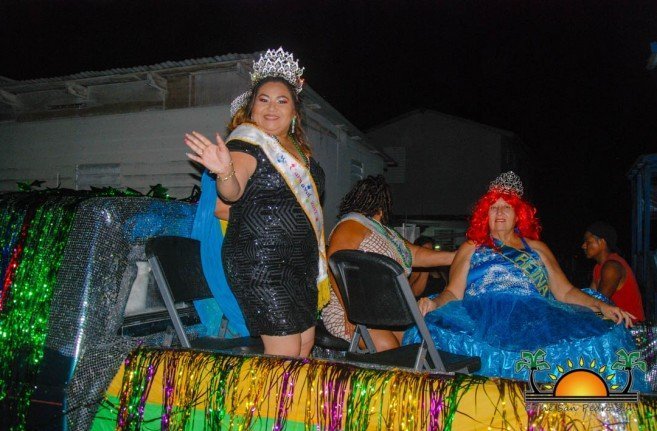 The parade also saw a float with the Reinas del Carnaval, the dynamic Carnaval band Titans from Belize City, the presence of various animated movie characters and the non-profit organization Nayobie’s Hope for Children. 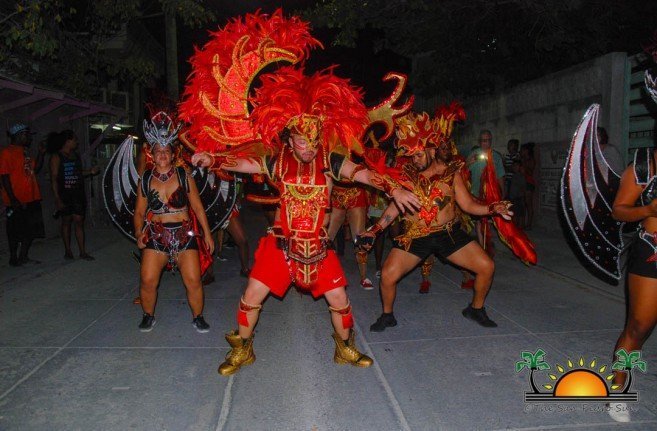 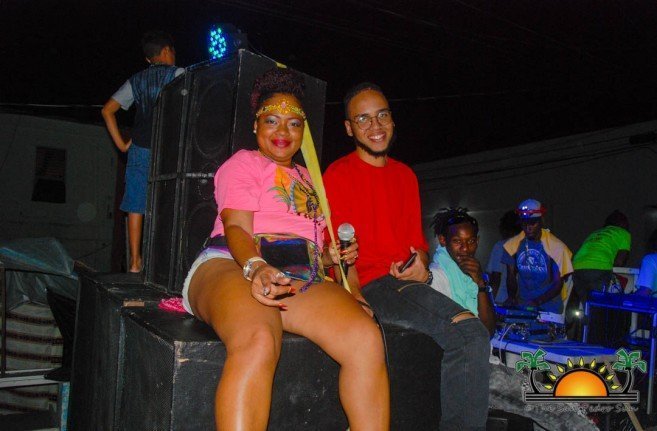 Serenading the parade was no other than Belize’s Soca Queen, Ernestine Carballo. The Carnaval march ended at the Honourable Louis Sylvestre Sporting Complex where members of the SPTC held the official ceremonies followed by live entertainment late into the night.

On Sunday, March 3rd, the three-day comparsas presentations and painting began. Shortly after midday, a beach and painting party was held at the Central Park, with DJ Debbie providing music to entertain the revelers. 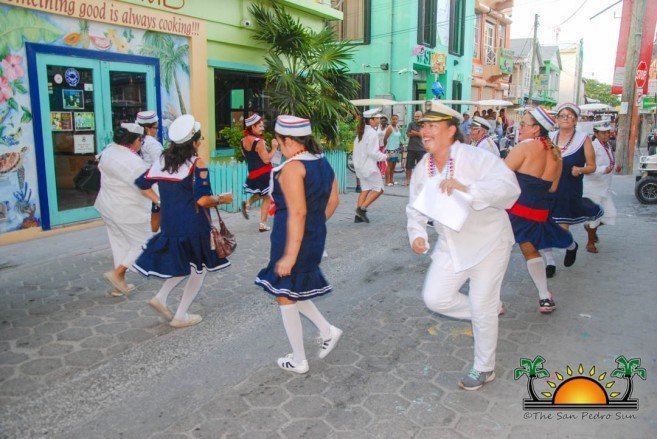 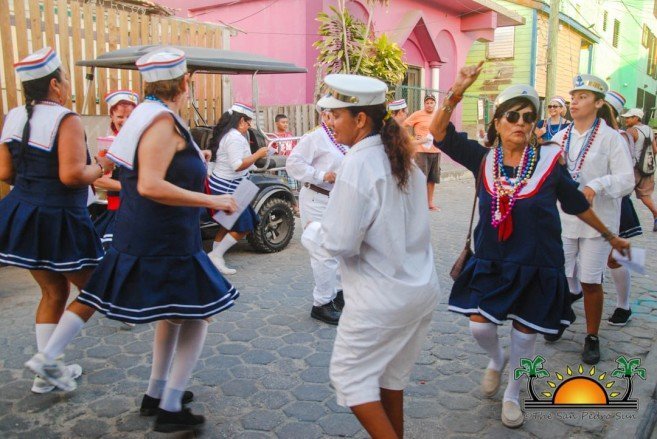 Dressed like sailors, they brought much fun and entertainment to the many onlookers, who cheered them up during their performance. 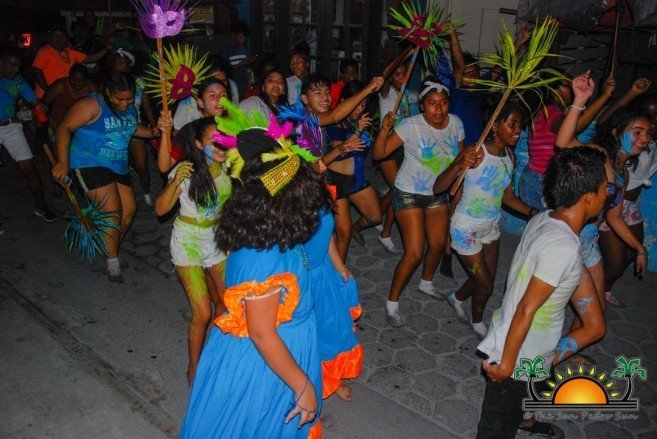 While many are questioning the future of this traditional island festival, after noticing only one comparsa group performing on the first day, the festive activities continue today with more painting, beach parties by the Central Park and comparsas performances.

In previous events, up to three comparsas could be seen performing during the opening of the folkloric event. As the festival continues, the popular group ‘ Los Barbos’ are scheduled to come out today for another evening of Carnaval shenanigans!