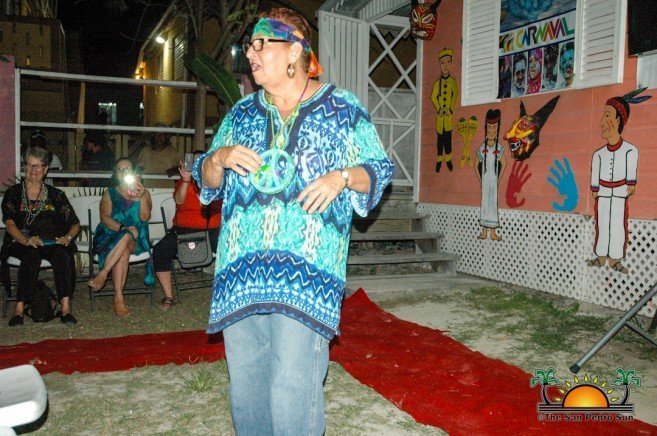 Prior to the exhibition, a Carnaval fashion show was held showcasing the history of El Gran Carnaval and what attendees should expect to see during the festive days. Mistress and Master of Ceremony were Julia Martinez and SPHC President Guillermo ‘Mito’ Paz, who gave a brief history of each comparsa before they stepped on the runway. 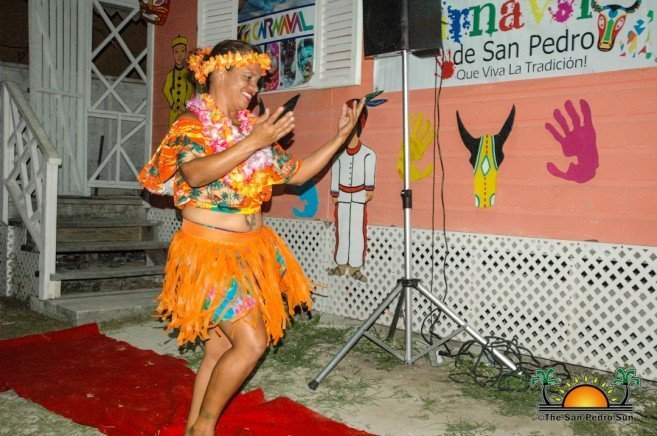 First up were ‘Los Enmascarados’, which would often open the Carnaval season. These are men disguised as demons, who wear scary masks and dance through the streets of San Pedro at night. This usually occurred two to three weeks before the three days of Carnaval. Accompanied by musicians, they would wear masks made from cardboard boxes and dress in ragged clothes like old men and women, witches, ghosts and demons. One man would impersonate the devil and scare the little children. Los Enmascarados danced but did not speak so as to hide their identity. The event resulted in good natured fun, even if largely at the expense of terrified children. 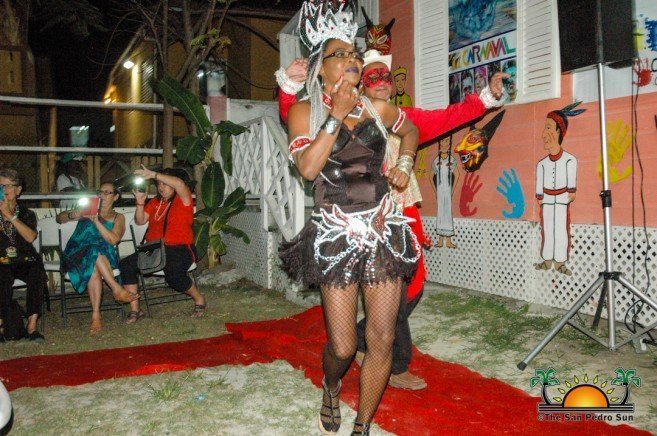 Thereafter, Baile de Disfraz (Masquerade Ball) was showcased. According to Paz, on Saturday night the entire town each person in a costume made especially for the occasion, would attend the masquerade ball held at Central Park in Downtown. Participants dressed in glamorous costumes and wore masks for this event. 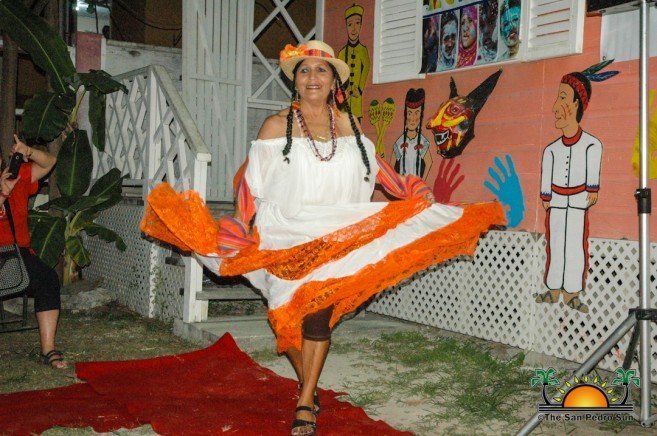 The runway then saw the vibrant Comparsas. During El Gran Carnaval de San Pedro, the comparsas dance through the main streets of the Town. Paz stated that Las Comparsas would go from house to house and neighbours would often join in and follow. Others showed their appreciation by giving a tip of 25 or 50 cents. “The carnavalistas of San Pedro made great preparations for Carnaval. They wrote the words for their songs and put them to music. They then practiced for two to three weeks before Carnaval. They put much effort into creating their costumes for the comparsas, which usually depicted an ethnic group such as the Creoles, the Chinese, the East Indians or the farmers, Cubans and others. Other very popular comparsas in the olden days were: the Hippies, the Sandungas, the Hawaiians, and the Marines,” he said. The runway then saw Los Inditos, Las Chinitas, Las Rancheritas, las Garifunas, Las Cubanitas, Las Negritas, Las Hippies, Las Hawaiianas and Las Marineras. 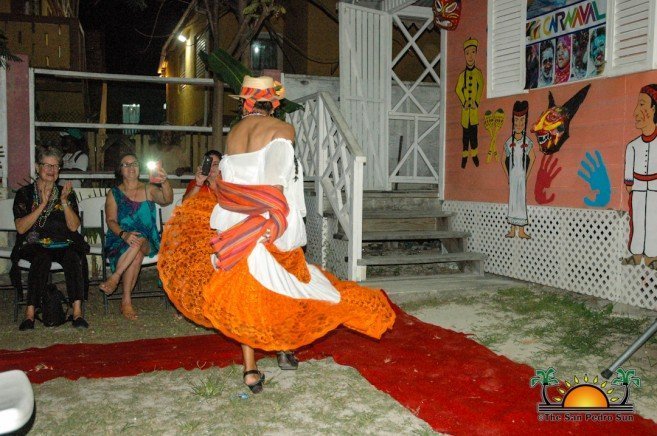 Paz added that while some were enjoying the comparsas, there were those who enjoyed the traditional street painting. On Sunday, the first of the three days of El Gran Carnaval de San Pedro, children and adults were allowed to “paint” anyone in the street with talcum powder or flour. Special Carnaval eggs filled with perfume were also used as “ammunition” by the painters. On Monday, painting was accomplished with other mild substances, such as anil (blue wash) and tisne (black soot), usually mixed with coconut oil or lard to make the “perfect” paint. Another popular paint was made from almagre, an orange powder. And finally on the third day of carnaval, the children painted with red lipstick. 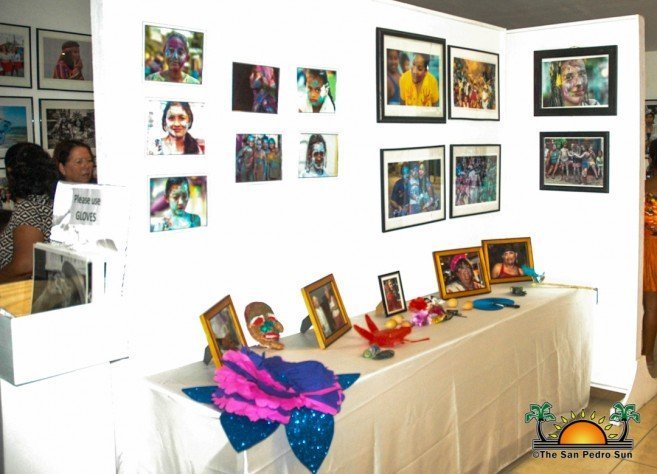 The Carnaval fashion show ended with the presentation of Don Juan Carnaval. El Gran Carnaval de San Pedro is always officially closed with the burning of Don Juan Carnaval. Don Juan Carnaval was a wealthy womanizer who took great pride in seducing women; oftentimes married and engaged. Legend has it that he slept with over a thousand different women from eight different countries, and fathered countless children. It is said that eventually he was stabbed to death by one of his jealous wives. Being a wealthy man, he left a will which is traditionally read on Ash Wednesday. 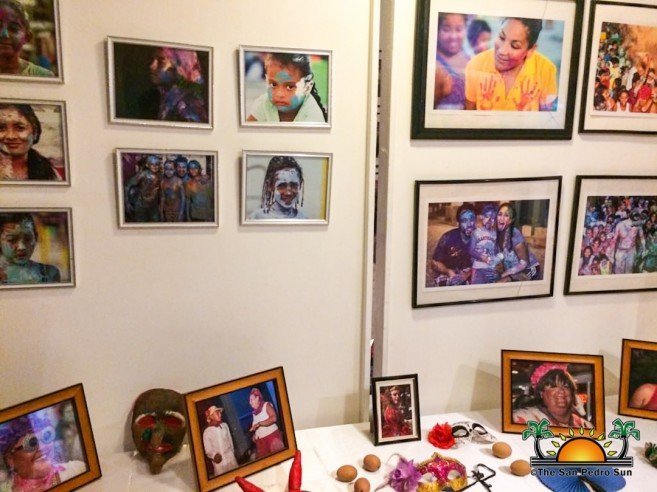 Don Juan was also said to have known everybody’s secrets, and his will revealed some of them. Various villagers were targeted with jokes about their love life, future plans, or embarrassing moments. While the reading of the will delighted most of the crowd, sometimes the “jokes” were stinging and left Don Juan Carnaval’s “heirs” angry. A re-enactment of his marriage to his beloved is held, where many of Don Juan’s former women weep brokenheartedly. This is followed by the reading of his last will and testament. The effigy of Don Juan is then burnt, signifying the end of Carnaval. The burning of Don Juan represents the purification of the sins of the past year and the start of Lent in a state of purity. It is also done as an act of protection for the island against spells of misfortune.
The Carnaval Exhibition photographs were taken by professional photographer Karen Brodie, who thank everyone who attended and invited them to view the exhibition. Her images captured the vibrant, exotic and playful vibe of Carnaval beautifully.

El Gran Carnaval de San Pedro is a unique tradition to the island, and one that has been passed down from generation to generation. El Gran Carnaval de San Pedro is as old as San Pedro, which goes back to 1848 when the village was established by refugees of the Caste War. For three days just before the commencement of lent, children and adults flooded the streets singing and dancing in the comparsas. Children also banded to paint each other. The celebrations ended with the ceremonious burning of an effigy of Don Juan Carnaval on Ash Wednesday. San Pedro is one of the very few places in the country of Belize that still observes Carnaval.
The Carnaval exhibit will be on display throughout Carnaval week. Everyone is invited to visit the SPHC and take a tour back in time through the old pictures of ‘El Carnaval de San Pedro”. The SPHC opens Monday to Friday from 8AM to 5PM and is located on Angel Coral Street.