Belize’s 38th Anniversary of Independence was celebrated by Belizeans in San Pedro Town with a varied program of festivities that began on Friday evening, September 20th at the Honourable Louis Sylvestre Sporting Complex. 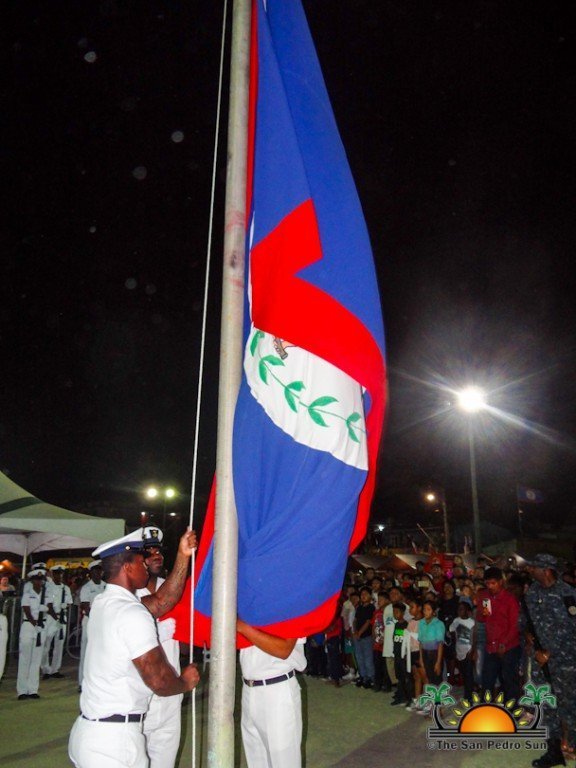 The official Independence Eve ceremony welcomed hundreds of islanders who listened to the messages from the local authorities.

Later they witnessed the midnight flag raising ceremony, followed by a grand fireworks display, and danced the night away with local and international entertainment. 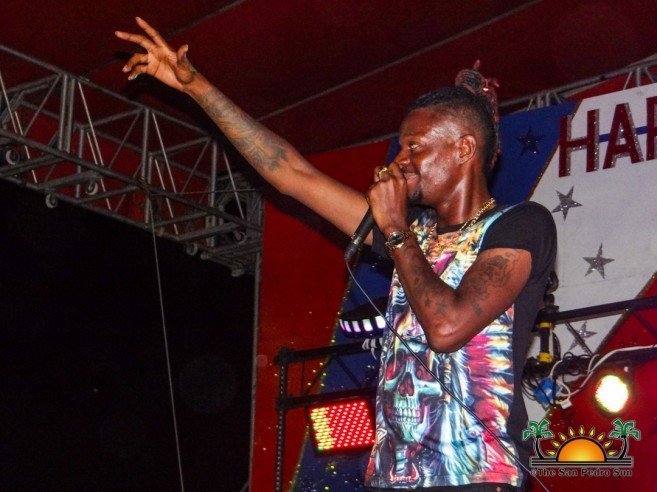 The following day, a massive and colourful parade took over the main streets of San Pedro and concluded at the Boca del Rio Park, where the flying piñata made its presence and for the first time ever, revellers enjoyed daytime fireworks. 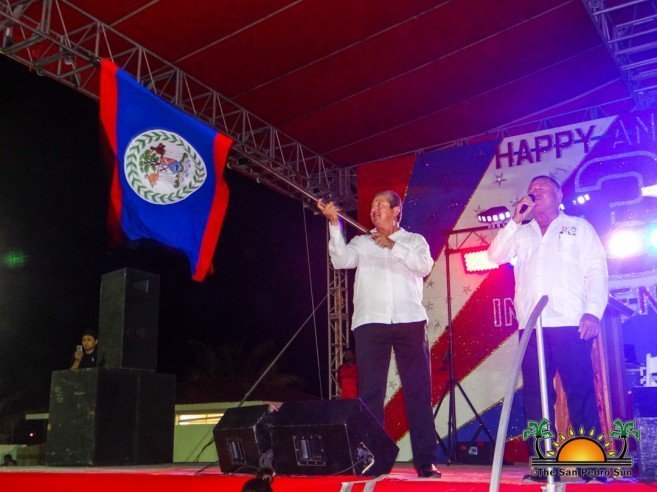 This year’s September Celebrations were held under the theme ‘From Maya Grandeur to Modern Glory, Together Let’s Shape the Belizean Story.’ Official ceremonies began shortly after 10PM on Friday and saw Mayor Daniel Guerrero honouring the efforts made in the past for Belize’s Independence. 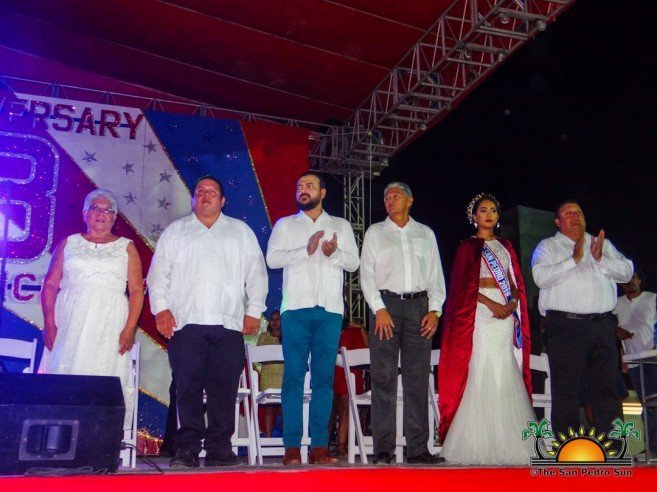 He highlighted the advancement and transformation of the country and infrastructural development the island is experiencing. Standard Bearer for the People’s United Party in Belize Rural South, Andre Perez spoke about the challenges the nation has faced and continues to experience. He encouraged all Belizeans to continue working together in order to help develop the country for the future generations. Area Representative Honourable Manuel Heredia Jr. emphasized the growth of tourism, which is a major driver of the local and national economy. He added that Belize might be the youngest nation in the region, but it welcomes everyone from all walks of like to join its efforts as an emerging developing nation. Heredia wished everyone a happy independence day, closing the formalities of the event. 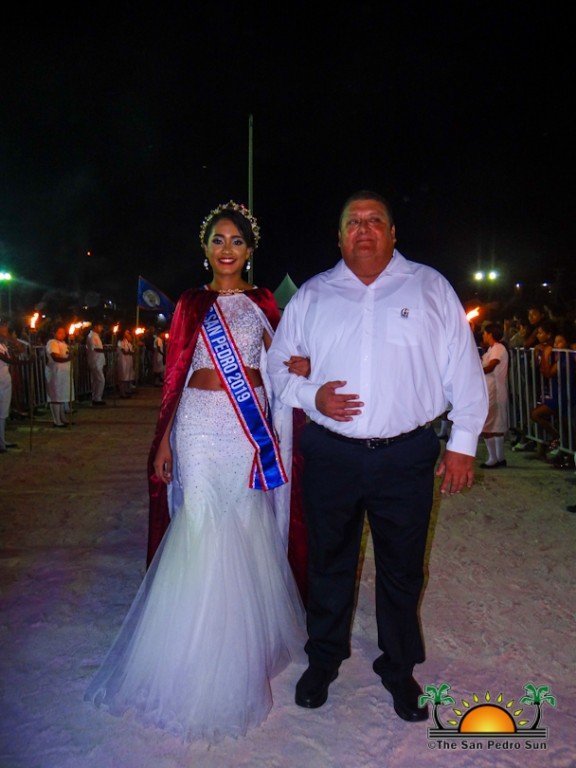 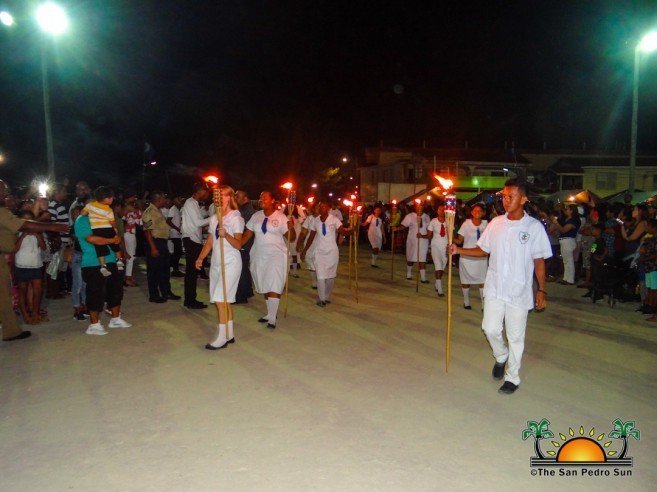 Afterwards, members of the Belize National Coast Guard marched in. 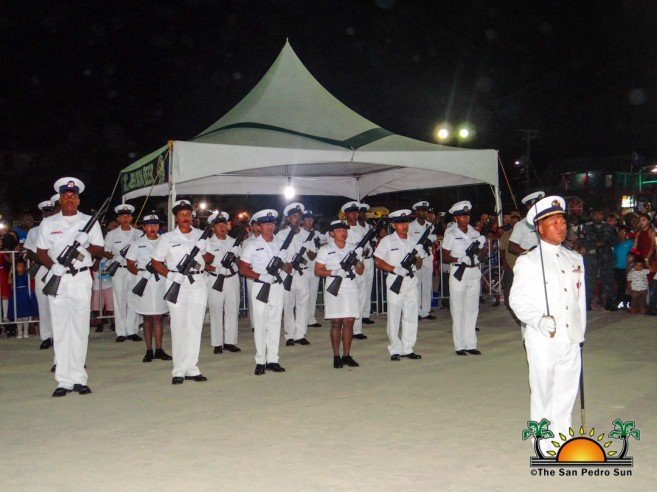 Mayor Guerrero and Area Representative Honourable Manuel Heredia Jr., did the inspection of the Guard of Honour. 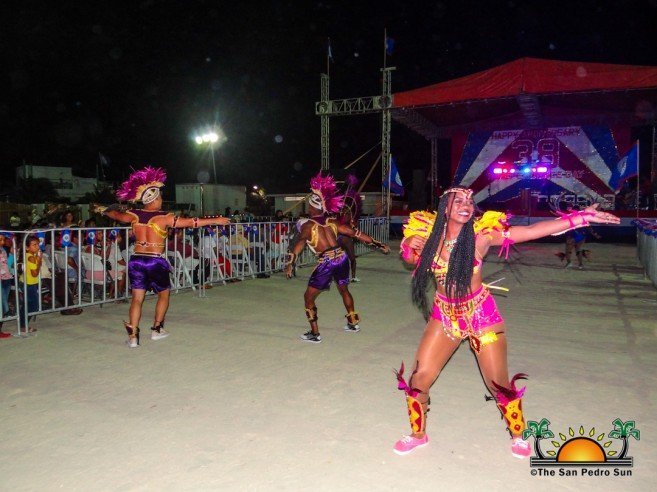 Near midnight, onlookers were treated to a short performance by Titans Mas Band. Immediately after, the flag raising ceremony took place followed by a 21 gun salute by the coast guard. While on the stage, Guerrero and Heredia conducted the traditional ‘Grito’ (Shout) of Independence. 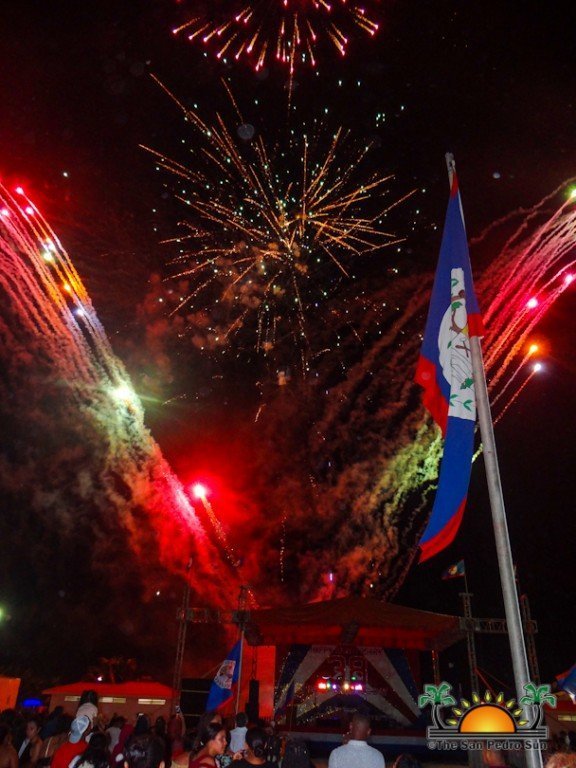 A spectacular fireworks display then took place for about 30 minutes. 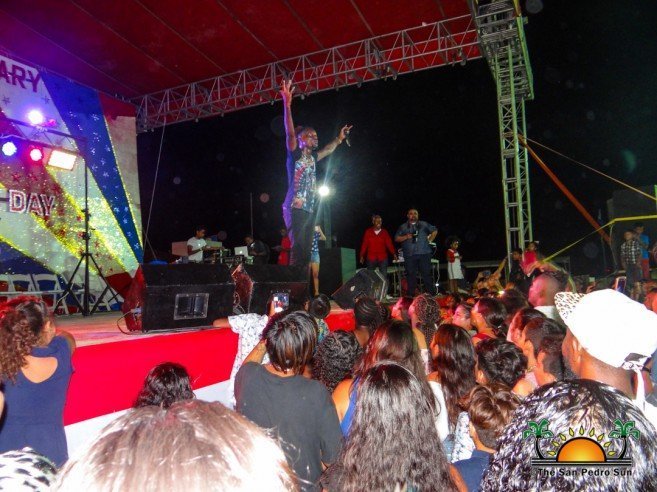 The crowd remain at the complex for the performance of Trinidad and Tobago singer Olatunji and Mexican Deejay El Diablillo and DJ Debbie. 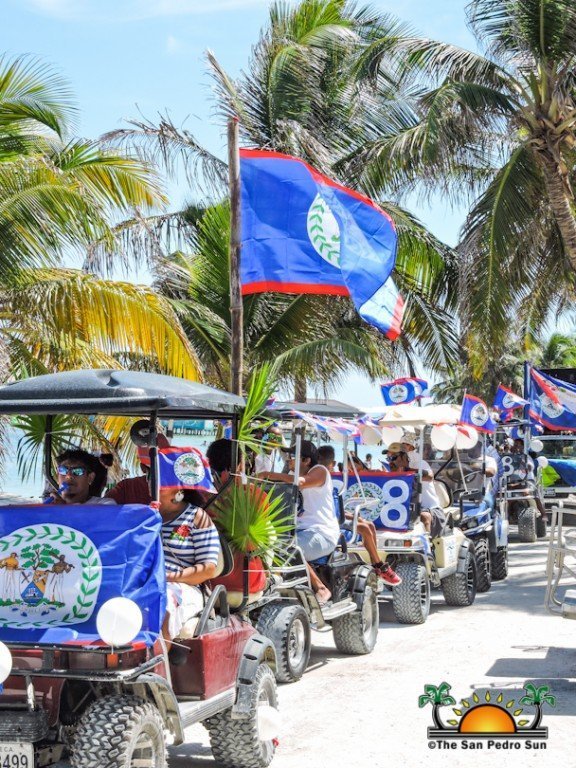 The following day was the Independence Day parade, starting from the Boca del Rio Park down Laguna Drive and into downtown San Pedro. 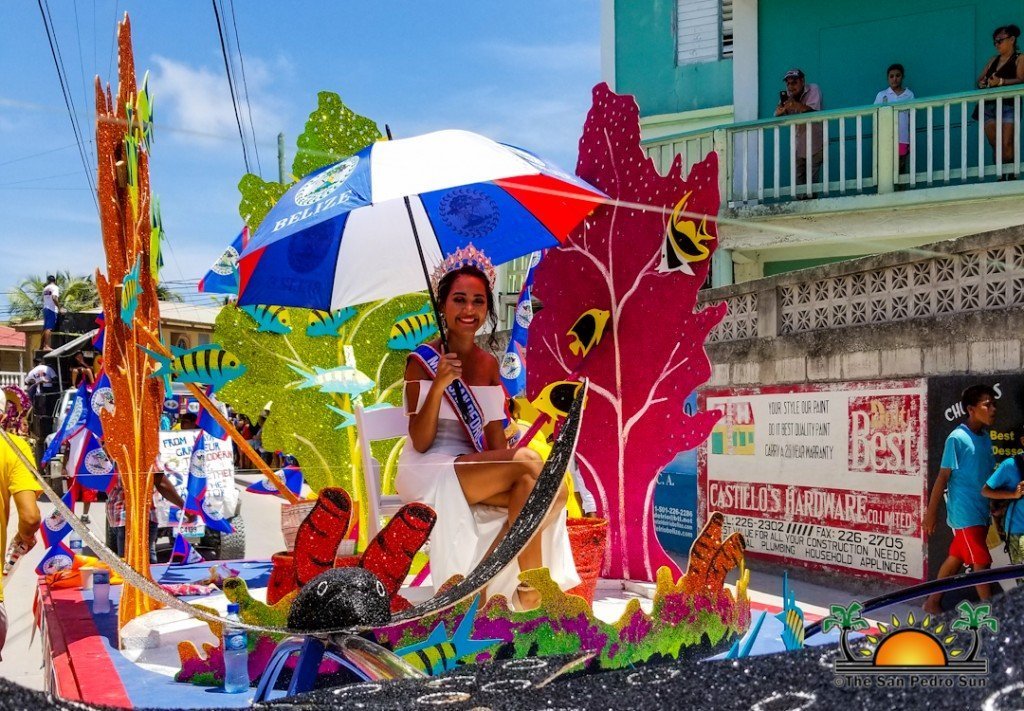 Leading the parade was the float carrying Miss San Pedro Litzy Castillo Guillen escorted by Heredia, Guerrero and members of The San Pedro Town Council. They treated onlookers along the parade route with candies.

Several participants came out with colourful floats and patriotic decorated golf carts. There was also music along the route keeping the energetic dancers of Titans Mas Band and others dancing all the way. 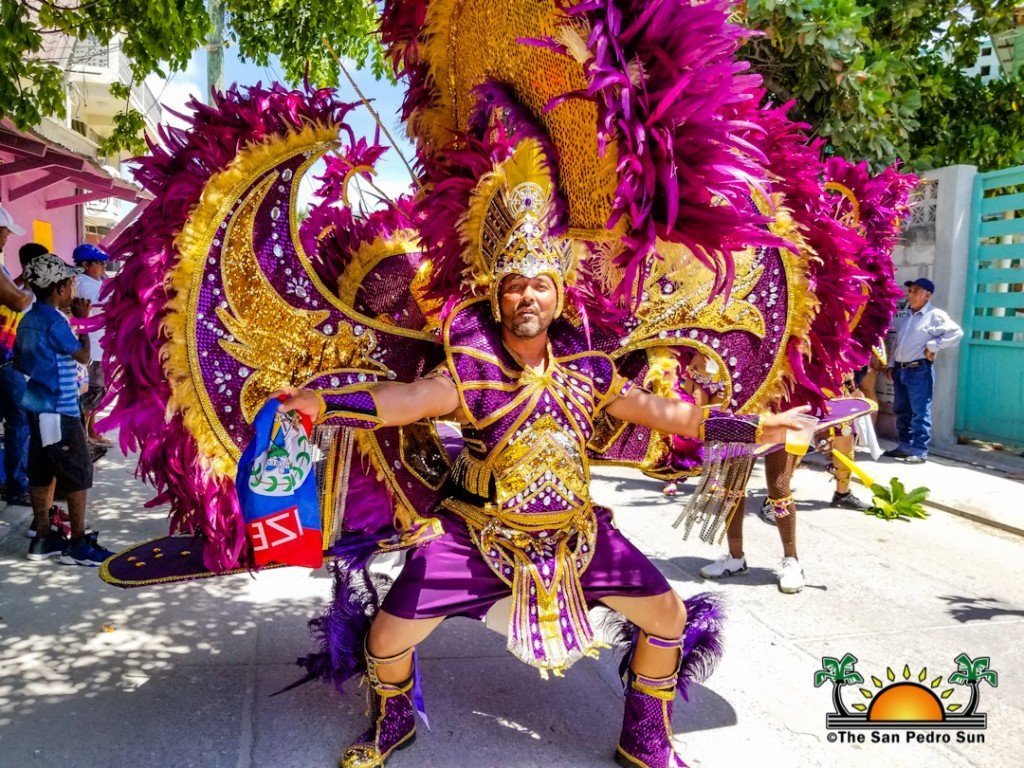 The parade continued north on Barrier Drive and ended at the starting point-Boca del Rio Park. 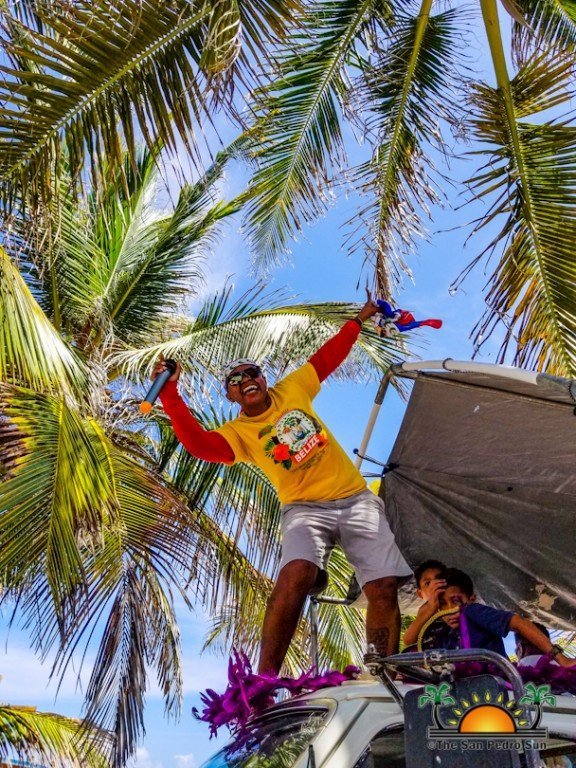 DJ Debbie and DJ Odyssey provided the musical entertainment while the flying piñata showered candies to the crowd on the beach. 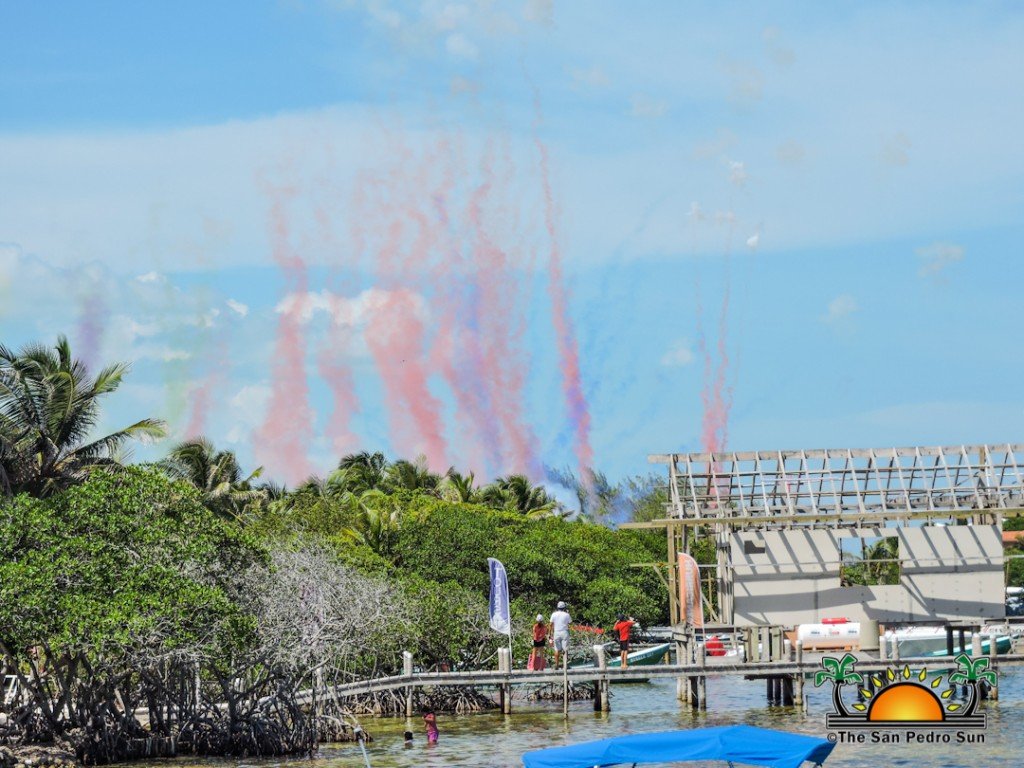 Another highlight of the day’s activities was the first ever daytime fireworks which drew loud cheers from the revellers. 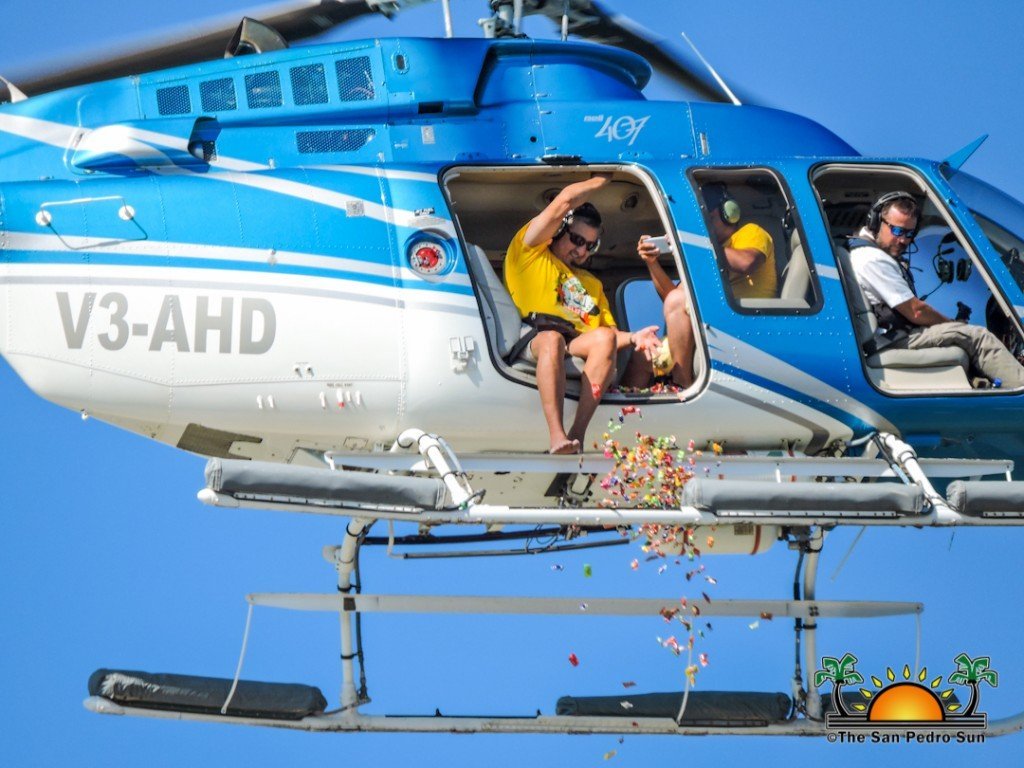 The San Pedro Police Formation was busy all weekend making sure the festivities were as safe as possible. No major incidents were reported during the September Celebrations on the island.