September is here, bringing with it the patriotic celebrations commemorating the 224th anniversary of the Battle of St. George’s Caye and Belize’s 41st Independence Day celebration. The patriotic month was welcomed across the country with the annual flag-raising ceremony. In San Pedro Town the San Pedro Town Council held the annual ceremony at 6AM on September 1st at Central Park. The event saw the presence of local authorities and proud Belizeans who together sang the national anthem while the flag was hoisted. 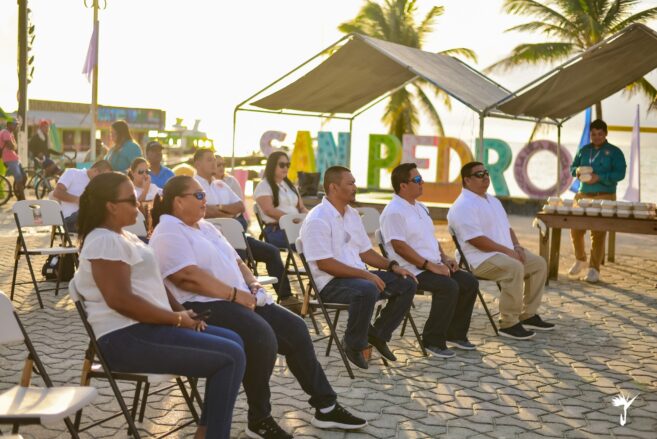 This year’s September Celebrations theme is held under ‘Valiant and Bold, Proud and Strong! Belize Rebounds at 41.’
Mayor Gualberto ‘Wally’ Nuñez welcomed those in attendance during the ceremony and delivered a few remarks. He highlighted that San Pedro and the rest of the country have something in common. They have both rebounded following the height of the COVID-19 pandemic. 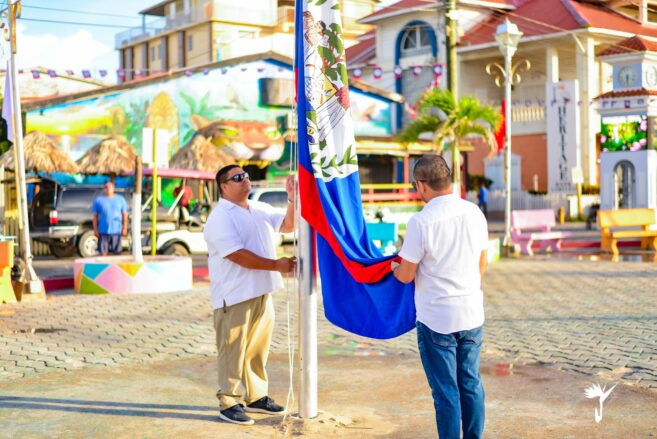 “We have rebounded. With the trust of our people and dedication to our commitments. We are surging forward,” Mayor Nuñez said in his speech. Nuñez spoke of the collaboration with the central government ensuring San Pedro gets more resources. He also mentioned the different developments in his administration like workshops, meetings, and forming alliances with business owners, investors, and visitors. The Mayor said that his administration ensures everyone is heard as the town rebounds and heads in the right direction. 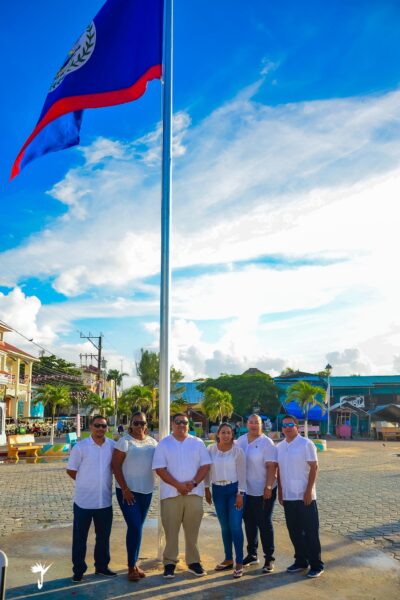 After delivering his remarks, the Mayor, along with another council member raised the Belizean flag. Meanwhile, islander Natalie Arceo sang the national anthem. The flag raising ceremony is the official launch of the several patriotic activities planned for September throughout the country culminating with Independence Day on September 21st. 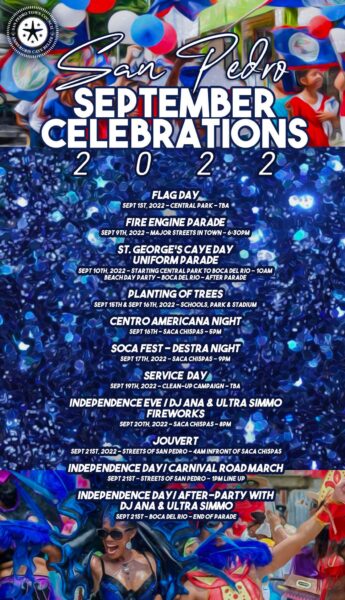 The other September Celebration on the calendar for the island is the Battle of St. George’s Caye on Saturday, September 10
th. The event will include a uniform parade starting at 10 AM from Central Park and ending at the Boca del Rio Beach Park for a fun day of celebration.