Revelers invaded the main streets of San Pedro Town on Wednesday, September 21st, to celebrate the nation’s 41st Independence anniversary with a massive parade that included schools, citizen marching bands, and energetic carnival dancers. The parade, said to be the longest in island history, started from Blake Street and Coconut Drive, south of downtown, and ended north at the Boca del Rio beach park.

Parades usually start downtown or in Boca del Rio in other years and end at Central Park. With the number of floats participating this year, it was necessary to have a longer route. At 2PM the marching started and slowly proceeded towards downtown and Boca del Rio. Pre-schools, primary and high schools participated in this patriotic event. The San Pedro High School marching band brought music to the special occasion, and the newly installed San Pedro Police Youth Cadets also made their honors to Independence Day. 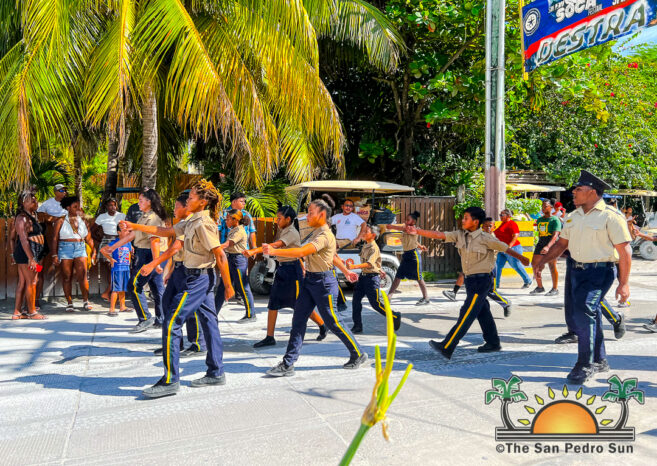 Members of the San Pedro Town Council and the fire department led the parade along with the island’s beauty ambassador Miss San Pedro Faith Edgar. DJ Debbie and other local DJs kept the crowd dancing as they paraded to Tarpon Street and then onto Pescador Drive. The different carnival dancers brought color and Caribbean flair to the street party. Hundreds of islanders lined the streets to have a look, cheering and waving their Belizean flags. 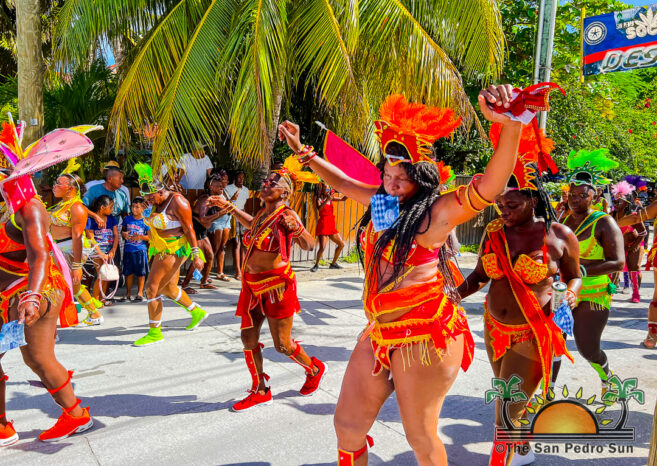 As announced, Trinidadian performers DJ Ana and Ultrasimo participated and waved and greeted everyone along the way from their float. After two years without openly celebrating Independence Day due to the COVID-19 pandemic, San Pedranos were glad to be out on the streets, having fun and celebrating the country’s 41st birthday.

An after-parade party took place at Boca del Rio beach park. There were food booths with enough to eat and bars with refreshments. A stage was set up, and the revelers, still hungry to continue the party, danced the evening away with DJ Debbie and another performance by DJ Ana and Ultrasimo.
It’s no doubt that the 2022 September Celebrations in San Pedro are on the record for unforgettable experiences.
The San Pedro Police Formation was busy keeping everyone safe, and no significant incidents were reported.