As the clock ticked closer to midnight on Tuesday, September 20th, the Honourable Louis Sylvestre Sporting Complex in San Pedro Town started filling up with islanders for the traditional pre-independence program. This year, Belize celebrates its 41st Independence Day, and revelers on the island brought in the special celebration with patriotism and Caribbean entertainment with the Trinidadians DJ Ana and Ultra Simmo. 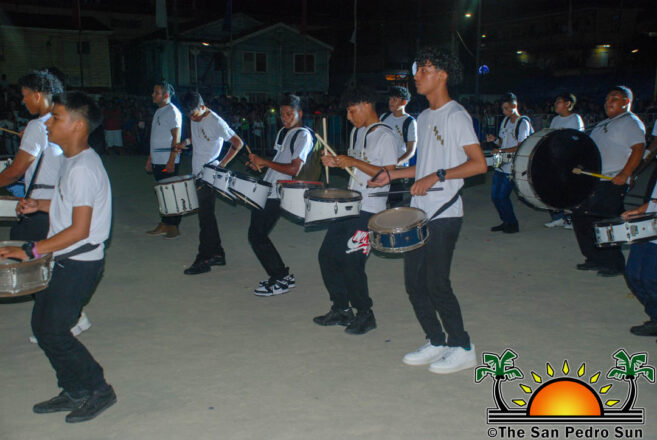 The formalities of the evening saw the performance of the San Pedro High School marching band. There were the torch bearers who welcomed the different members of the local authorities and specially invited guests. Following the arrival of Miss San Pedro 2022-2023 Faith Edgar, Mayor Gualberto ‘Wally’ Nuñez, the Opposition representative Manuel Heredia, and Area Representative Honourable Andre Perez, the program started. 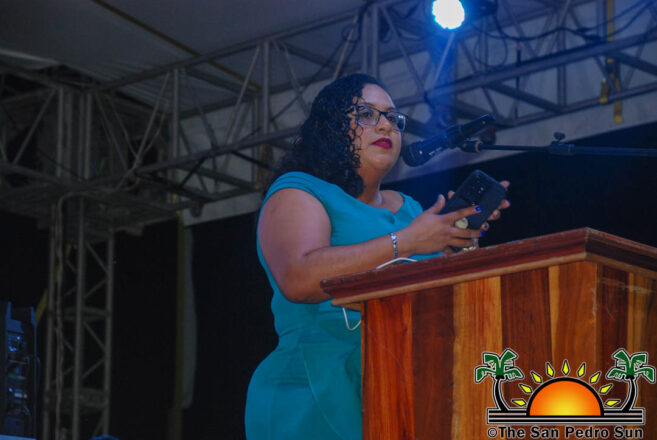 Mistress of Ceremonies Natalie Arceo welcomed everyone to this year’s patriotic celebrations under the theme ‘Valiant and Bold, Proud and Strong! Belize Rebounds @ 41!’ She invited Father Eduardo Montemayor to the stage for the invocation. 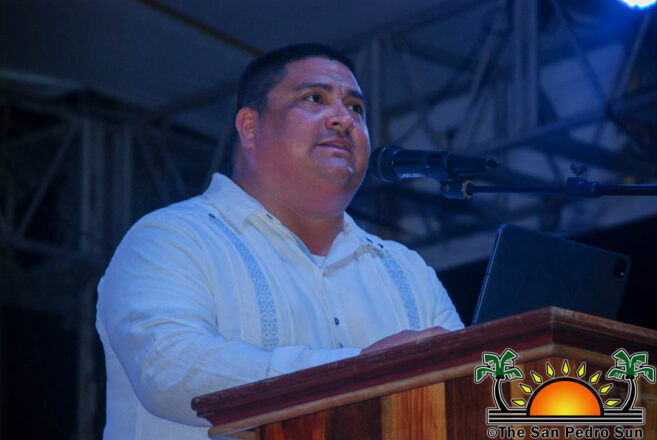 Afterwards Mayor Nuñez addressed the multitude and shared what his administration has done and other plans for the future. He called on everyone to continue working together to build a better Belize. 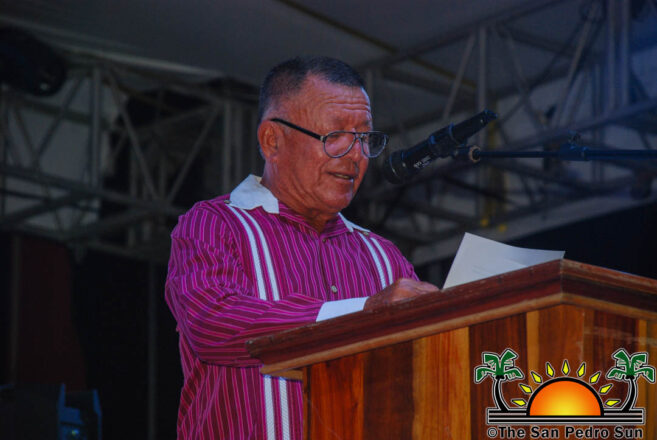 Past Area Representative for Belize Rural South (Ambergris Caye and Caye Caulker) Manuel Heredia commended all Belizeans who fought for this country and praised everyone at the complex. He wished everyone a happy independence day. 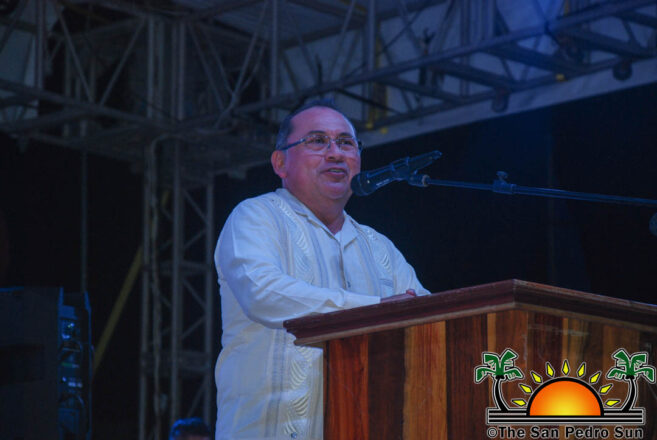 Area Representative Perez said that more than celebrating the nation’s independence, Belizeans are celebrating their resilience as a nation. ” We have managed to stabilize our nation, bring back economic prosperity, better living conditions for our children, and most importantly, we have changed the course of disaster our country was heading to.” Perez said. “The genius of a Blue Bonds agreement that has seen this country and our children saved from 500 million dollars of super-bond debt, the economic genius of a government that cares and a government that is wise and willing is self-evident,” Perez added that Under the Blue Economy framework, everyone is called to love, respect, and not abuse what the blue waters have to offer. “We must protect and nurture for sustainable growth that will benefit us all for many generations to come. It is the responsibility of each one of us to protect what Mother Nature has blessed us with,” Perez noted. He asked Belizeans to continue working united and advised parents to teach children the value of hard work and love for the country. 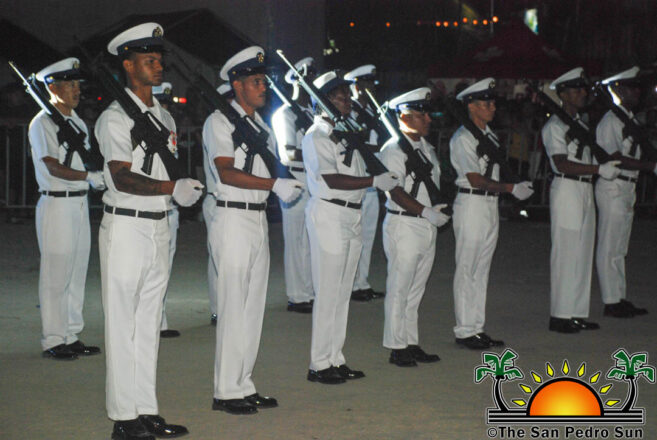 Afterward, the Belize Coast Guard marched in and was inspected by Mayor Nuñez. The flag-raising ceremony then took place, and when the clock ticked midnight, the fireworks flooded the skies with colors as a 21-gun salute took place. The National Anthem was played, and Belizeans were awed at the spectacle while waving their flags.

The show
The night events continued with the performance of DJ Ana and Ultra Simmo. Their dynamic performance had a large crowd assembled near the stage, dancing and singing to their tracks. The show left every reveler more than satisfied. DJ Ana and Ultra Simmo reminded everyone that they were to participate in the independence parade the following day to continue the celebration.

Meanwhile, another group of partygoers waited for 4AM to join the anticipated J’ouvert, which marks the unofficial start of the independence carnival parade on the island. This year, San Pedro is expected to host the longest parade in its history.
Happy Independence Day!