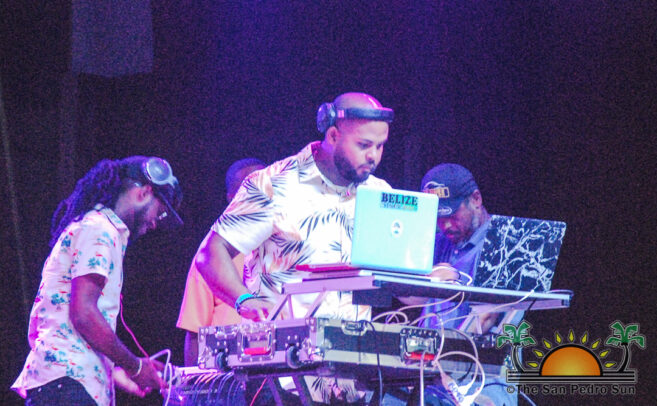 The concert, organized by The San Pedro Town Council, also saw an influx of people from other parts of the country, and even tourists as far as France made their way to the venue to see Destra perform. The Honourable Louis Sylvestre Sporting Complex gates were open to the public from 8PM. The event conveniently accommodated food booths with a bit of everything for everyone. A bar on site ensured enough refreshments to stay hydrated and enjoy the concert with a drink in hand. 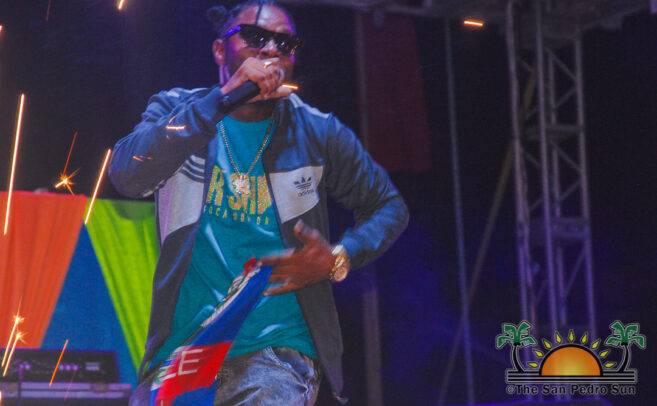 The night also included Belizean performers, and the crowd was entertained by Deejays such as Bigz, Debbie, and Dev. As Destra was preparing to step on stage, soca fans enjoyed an interactive Belizean artist TR Shine‘s performance. 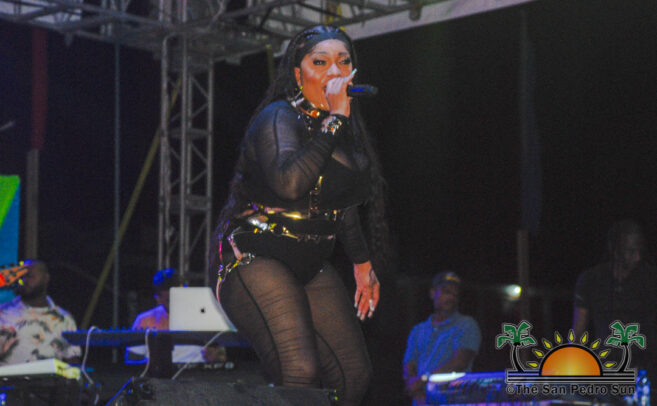 Following an intermission with more music from DJ Debbie, Bigz, and Dev, the Queen of Bacchanal, Destra drew loud cheers from the audience as she stepped onto the stage around 1AM. Destra is one of the most popular female Soca artists in the world. The hundreds in attendance assembled as close as they could to the stage and danced and sang along with the Soca goddess.  Some hits keeping the partying momentum included ‘Lucy,’ ‘Just a little bit,’ and ‘Rum and Soca.’ Destra also took her fans back to the early 2000s with the popular song ‘It’s Carnival,’ she shares with Machel Montano, another popular Trinidadian Soca Artist. Destra had the crowd having the time of their lives. When her time was up, the crowd cheered for more, and the queen of soca returned to the stage to please her fans with more music.

Following Destra, the island’s band Caribbean Kings took over, and the party continued until the wee hours of the morning.
Organizers thanked everyone who came out, had fun, and supported the event. Special acknowledgments go out to the sponsors, Grand Caribe Belize, Ramon’s Village, Tropic Air, Coco Beach Resort, Belikin Beer, Caribbean Villas, and Suya Tours.

Another Shade of Blue films on AC