« Older: Governor General travels to London for Queen Elizabeth II’s State Funeral
Newer: » Guatemalan incursion on the Belize side of the Sarstoon River 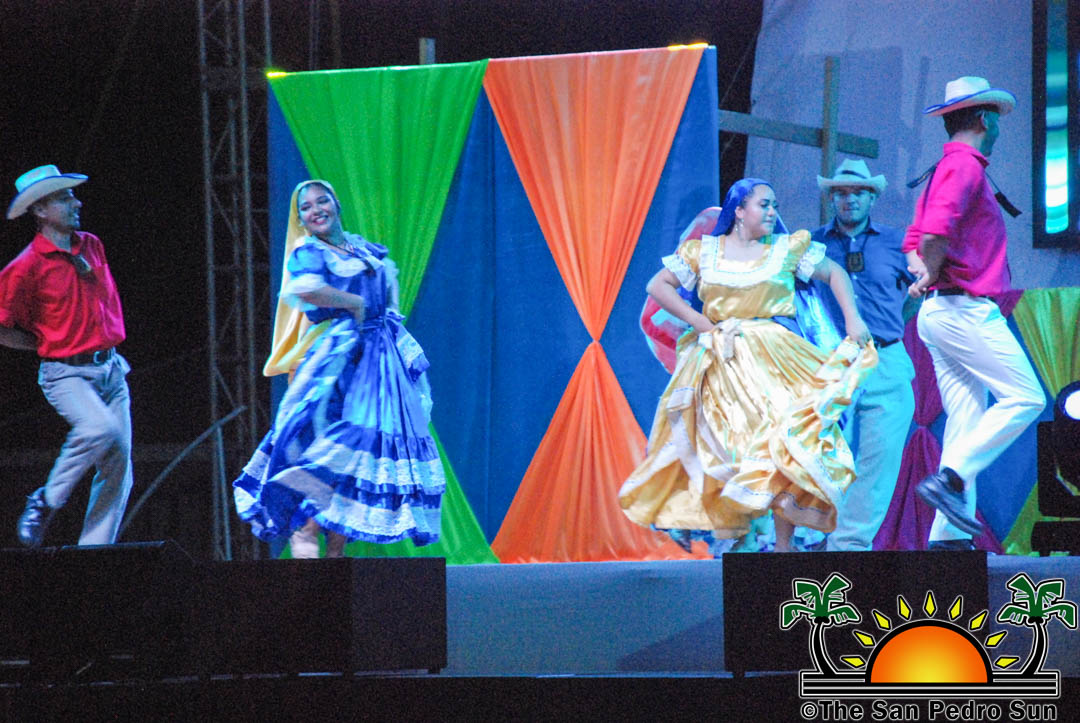 An evening full of great food, entertainment, and cultural presentation brought back the anticipated Noche Centro Americana to San Pedro Town on Friday, September 16th. The event, which experienced a hiatus due to the COVID-19 pandemic, serves to celebrate the independence day celebrations of five Central American countries and Mexico.

The unique celebration commemorates the national days of Guatemala, El Salvador, Honduras, Nicaragua, Costa Rica, and Mexico. This annual activity has been taking place in San Pedro for years and is organized by members of various Central American countries who made the island and Belize their second home.

The event’s highlights included the participation of a marching band from San Jose Guayabal, El Salvador. The performers, composed of musicians and dancers, held a short presentation at Central Park shortly after 5PM. Afterward, they joined a parade with San Pedro Town Council members, inviting guests and islanders through downtown streets.

The fun procession ended at the Honourable Louis Sylvestre Sporting Complex, where a fair included booths offering traditional food and drinks from Central America and Mexico.

A special program started after 7:30PM, with a flag-raising ceremony for each country. The Belizean flag was hoisted as the host country, but it remained at half-mast in respect to the late Queen Elizabeth II, Belize’s former Head of State. Afterward, Father Eduardo Montamayor held the invocation. Mayor Gualberto ‘Wally’ Nuñez and Area Representative Honourable Andre Perez delivered a few remarks highlighting the brotherhood between Belize, Central America, and Mexico.

Following the formalities, different performers took to the stage and delighted those in attendance with their cultural presentations. There was plenty to eat and drink, and the entertainment line-up included artists and bands from Guatemala, Honduras, El Salvador, and Belize. The celebration was well attended and enjoyed by all.