« Older: May 23, 2013 is World Turtle Day!
Newer: » Letter to the Editor: Since When Has Discrimination Become Policy?


Students from the various schools in San Pedro Town and Caye Caulker Village participated in the 8th Annual Trivia Contest as part of the celebrations for Reef Week. The contest started at 9AM on Tuesday, May 21st at the San Pedro Lion’s Den. Competing was a total of ten students from six different schools, including Ambergris Caye Elementary School (ACES), Caye Caulker Roman Catholic School (CCRC), Isla Bonita Elementary School, New Horizon Seventh Day Adventist School, San Pedro Roman Catholic School (SPRC) and The Island Academy. The purpose of the competition is to promote the reef and marine life conservation through education. 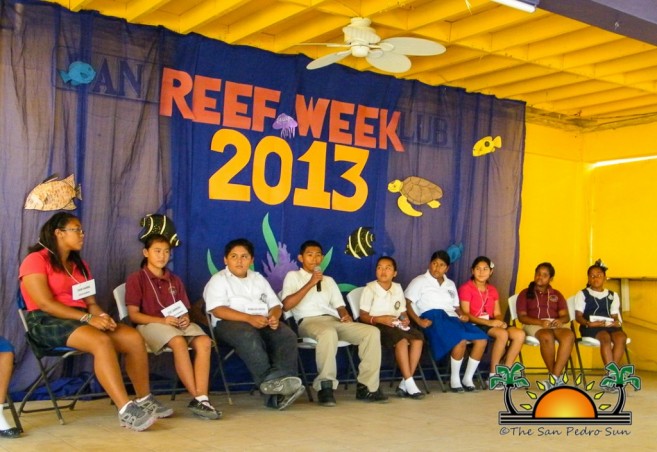 Representing CCRC were Velveth Molina and Chelsea Rodriguez, from Island Academy was Dani Hanna and Llynn Camal, from Isla Bonita was Zoe Canno and Kaiya Cabral, from SPRC was Ronaldo Ardon and Shanelle Palma, from ACES was Joshua Marin and from New Horizon was Kelly Carillo. The contestants were asked questions about sea turtles, sharks and rays and even about the role mangroves play in the conservation of the reef. It was a tough competition and all students seemed to be well versed with the topics. Judging the contest were Jennifer McDougal, Kirah Forman and Ali Cansino.

After a series of three rounds Velveth Molina, Ronaldo Ardon, Joshua Marin and Kaiya Cabral remained as the top four competitors. The tie breaking round was composed of two questions for each contestant. In this round the students were asked to creatively answer the scenarios that were given to them using knowledge about the reef and marine life. After deliberation from the judges the winners were announced: in first place and taking a grand prize of an iPad Mini and a round trip ticket to Belize City courtesy of Tropic Air was Joshua Marin. In second place was Kaiya who won an Android tablet and $150 gift certificate from A&R shopping center. Third place went to Ronaldo Ardon who won a $100 saving from Belize Bank and a gift basket of school supplies. Fourth place and a prize of a $100 savings from Atlantic Bank went to Velveth Molina. 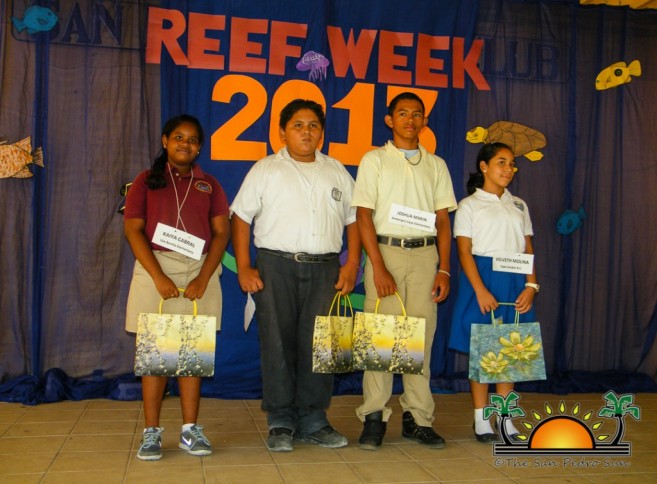 Manager of Hol Chan Marine Reserve, Miguel Alamilla, thanks the community for their continued support and the schools who put an effort to educate the children on proper marine conservation. The public is also reminded that there will be a movie night on Thursday, May 23th at the Central Park at 7PM, where Hol Chan Marine Reserve will be airing a turtle documentary. A Marine Fair will be held on Friday, May 24th at the Central Park starting at 9AM. Awards for the trivia competition, Arts from trash competition, poster competition and mural painting competition will be given out at the fair. Don’t miss out!