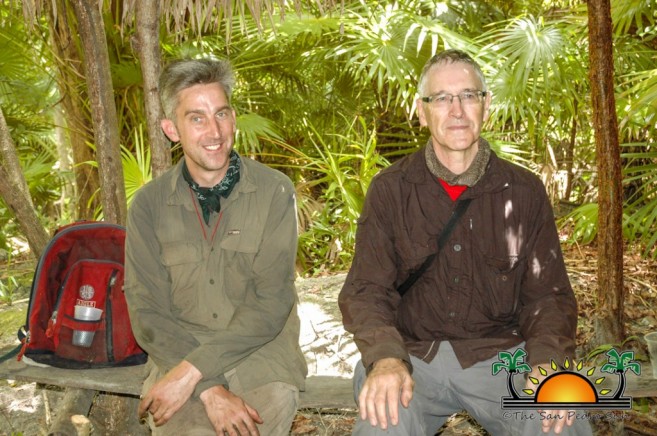 The Marco Gonzalez Maya Site located on the south end of Ambergris Caye can safely be called one of the island’s hidden treasures. The 2,000 year old site is a relatively virgin site in comparison to the excavation work that has been done on other sites throughout Belize. However since  1984 Dr. Elizabeth Graham  has been leading archaeological studies to the site and has been making great progress in unveiling bits and pieces of the marvels of Marco Gonzalez. 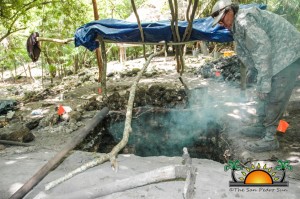 Dr. Graham is once again on Ambergris Caye, this time accompanied by a team of three archaeologists from University College London (UCL), studying the soil at Marco Gonzalez. Observations done over the years have led to recognition of the notably fertile land on the grounds.  Dr. Graham, along with the team of archaeologists comprised of paleolimnologist Simon Turner, soil micro morphologist Richard McPhail, and graduate student Lindsey Duncan along with Marco Gonzalez’s site team are now studying and determining the soil components and micro structures, and also measuring the botanical materials from different soil samples within the site, thus identifying correlation to the lush vegetation native to Marco Gonzalez.  While excavating, the team unearthed the skeletal remains of an indigenous person. Through previous burial patterns exhumed at Marco, it has been concluded that the inhabitants of this site buried their dead along with pottery beneath the floor of their housing, with bodies lying upwards and heads to the side. This was the burial particularly typical to Marco Gonzalez, while at other sites throughout the country the bodies may have been buried face down or in other positions.

Dr. Graham along with Lindsey Duncan, have been on Ambergris Caye conducting studies at the site since July 22nd and they were later joined by Dr. Turner and Dr. McPhail on August 2nd. While the team has only limited time on the island, they are working very diligently and are dedicated to unveiling new milestones as it relates to progression in the mysteries of Marco Gonzalez.