On Friday, October 23rd, the San Pedro House of Culture (SPHC), in collaboration with the Institute of Archaeology and the Marco Gonzalez Archaeological Site held an exhibition in honor of International Archaeology Day. The event, hosted at the SPHC from 9AM to 2PM, was aimed at educating the children and general public on the history of the ancient Maya. The exhibition showcased different technologies used in the Maya era, some of which are still used today in the rural areas of the country. 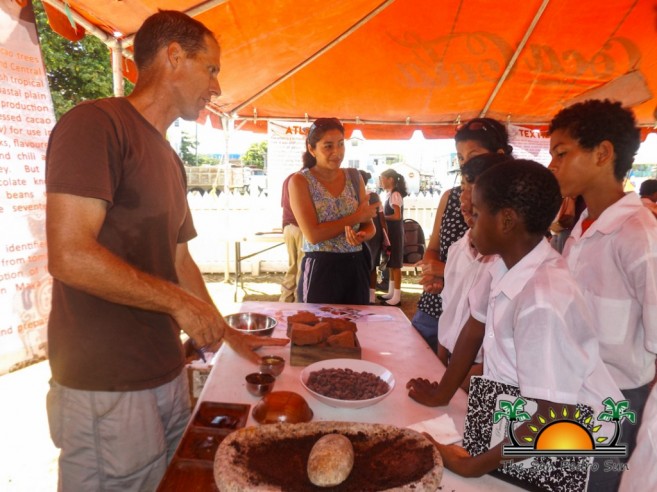 Director of SPHC Mito Paz explained what the exhibition was all about and what visitors could learn from it. “The exhibition is centralized on the Maya technologies, such as making masa from corn, whereby the Mayas used the metate and the mano to grind the corn and turn it into a dough, ‘the masa’ to make the tortillas. In this demonstration, we want to highlight the tools that are being used. It is similar with the Cacao or chocolate, which was one of the key ingredients in the Maya world. The Cacao pod and seeds are roasted, then grounded and eventually produce chocolate.” Paz pointed out the spears, called Atlatl which were used for hunting back in the days of the Maya civilization. There was even drawing and crafting. “The Mayas used the slate rock, which they used to carve with the use of different tools and ornaments in order to cut it and shape it into the image they wanted it. They also used to make rope from the Agave tree, extracting the fibers from the agave, curing then braiding them into a rope,” said Paz. 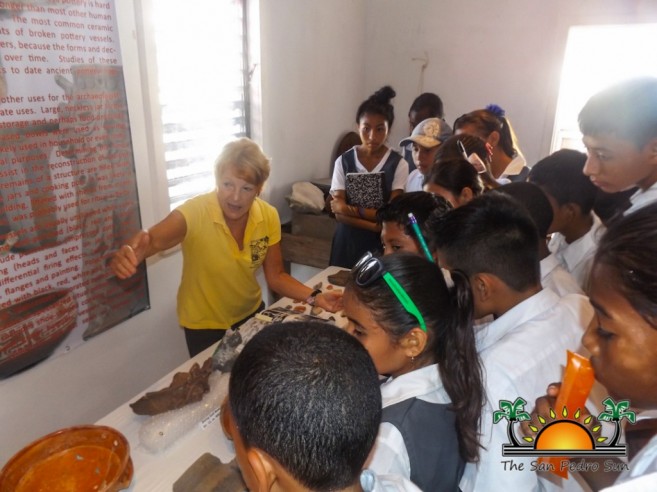 An exhibition inside the House of Culture featured pottery, and even a kitchen showing how the Maya used to prepare their daily meals, store their food, water and fermentation of liquor. Also displayed were Maya’s writings-glyphs- used to record their history and events on a stella or slate. 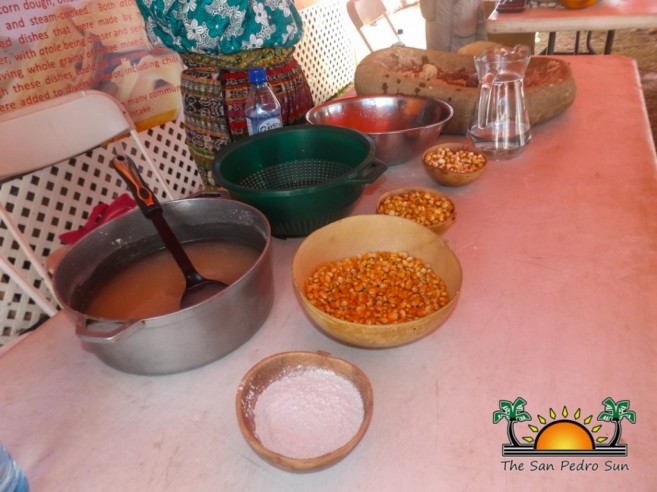 The event saw students, mostly standard five and six accompanied by their teachers, visiting the exhibition. According to Paz, these cultural events enriches the minds of the young people while creating an awareness of the history and the people that once lived in this region.

The SPHC would to thank everyone who attended the exhibition, especially the teachers who brought their students to such an educational and fun event. The general public is asked to be on the lookout for future cultural events.