Home » Environment » Another Sail Boat runs aground on the Reef

Another Sail Boat runs aground on the Reef


Authorities are assessing damages made by yet another boat running aground on the reef. The sail boat “Do Sea”, belonging to 76-year-old Carecen Charles O’Connor, crashed into a portion of the Belize Barrier Reef on Wednesday, April 1st at an area close to Hol Chan Marine Reserve. Since then, Hol Chan Marine Reserve has removed the vessel from the reef, but due to a damaged hull could not bring it to land, so it was left sitting over a sea grass bed for the meantime. 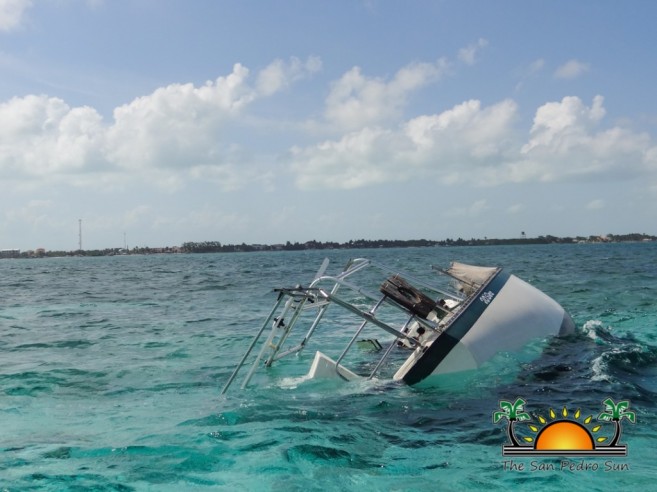 According to Sherlette Martinez of the Belize Port Authority, O’Connor was attempting to enter the reef late on Wednesday night, when to due to the waves, the vessel landed on the reef. After failed attempts to remove the vessel, O’Connor was left with no other choice than to swim to shore. He landed safely at about three miles south of San Pedro Town.
The relevant authorities were informed on the incident and of Thursday, April 2nd, steps were taken to alleviate the stress the vessel was causing on the reef. Manager of Hol Chan Marine Reserve, Miguel Alamilla stated that an attempt was made to bring the vessel to land. “After we learned about the sail boat, we went there to see what the situation was. We got some help and managed to remove the boat from the crest of the reef where it was stuck. During the crash, the vessel had sustained serious damage to the hull and water was already going into the boat. We couldn’t bring it back to shore so we had to leave it in an area where it would not cause more damage,” said Alamilla. Due to the damaged hull, the vessel has partially sunk, which will present difficulties when removing it from the sea. 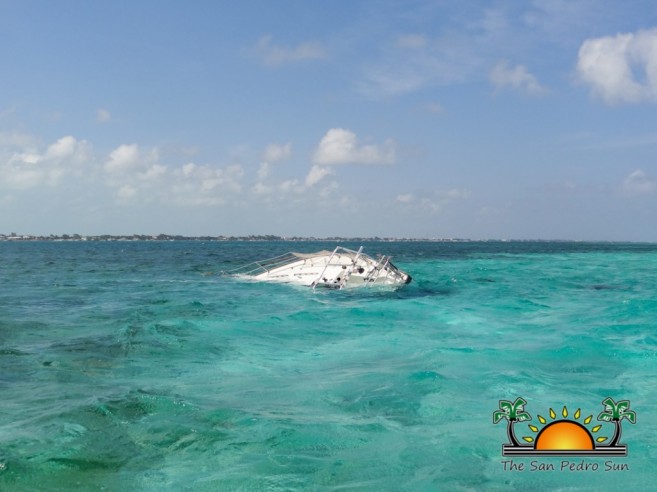 The Department of Environment (DOE) was also informed and has made preparations to conduct a coral reef damage assessment, which is expected to be carried out in the coming days if the weather permits. “We cannot state the level of damage caused by the sail boat at this point. What I can say is that from first looks, we can see some evident damage. Once the DOE conducts its assessment we can be sure of the severity of coral loss and damage to the reef’s ecosystem,” said Alamilla.
O’Conner is currently still in the country awaiting the damage assessment from DOE. Once the assessment is complete, DOE will set a price for the compensation of the damage caused to the reef.