Ambergris Caye beaches at risk; beach reclamation is the way to go!


The beaches of Ambergris Caye are shrinking and with that comes the threat of keeping tourists and their dollars away. Many coastal residents on the island are becoming concerned about the changing weather patterns and rising seas which are eating away the shore. As a result, more and more residents are resorting to seawalls and jetties to combat the erosion.
The San Pedro Town Council (SPTC) recognizes that Ambergris Caye’s beaches support the lucrative visitor industry, and has begun efforts to enhance these valuable coastal properties from storm damages and erosion, including an extensive beach reclamation project in the Boca del Rio area. “Tourists come to San Pedro to see natural beaches and we will work together with everyone, especially the business owners, to make sure that we keep that natural image of our coastal areas,” said Mayor Daniel Guerrero. 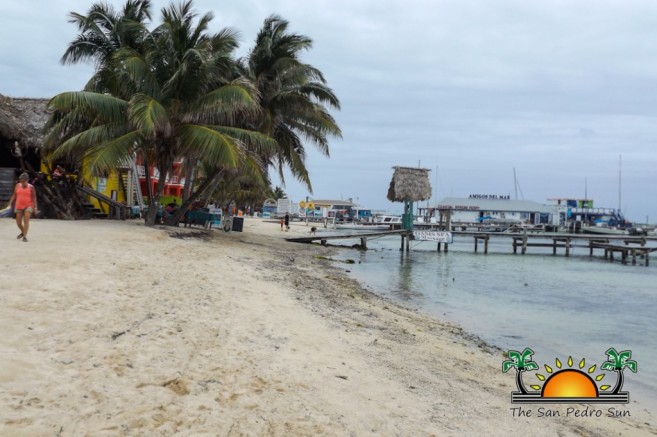 The sometimes unattractive seawalls are not the council’s favourite weapon against erosion, but they are willing to work with coastal property owners if that is the only solution available, for now, because, as much as the town council dislikes the idea of building seawalls around the island, at the moment it seems to be the only alternative to fight the damaging effects of climate change. 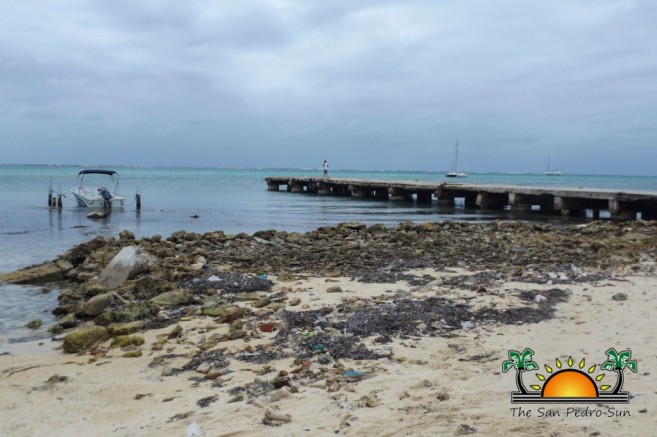 The council has committed to work along with the local residents to come up with different methods to keep and revive the beaches on the island.
Guerrero suggests that property owners, with sufficient investment, could cover these unsightly walls by adding sloped filling in front of them. This practice, along with a slanted seawall, could change the wave action and eventually rebuild beaches.
According to Guerrero, the erosion is caused by the same climate change that is happening all over the world. He added that the idea of building seawalls emerges from the view that beach erosion is a significant economic loss since that is what attracts tourists and investors alike.
“We want to keep our beaches as natural as possible,” he said, “but when someone applies to do a seawall in front of their beach property, they need to get a recommendation from Town Board before it is approved in Belmopan.”
The town will send out inspectors to evaluate the site where the seawall is to be built and analyse the extent of the erosion, says Guerrero. “I must say that it is not the best choice, because it takes away the natural characteristic of the area, but at the moment it seems to be the only efficient way to keep the sand from quickly washing away,” he added.
Best choice or not, more and more coastal property owners are looking to wall off their land from the voracious sea. But just how do you go about getting permission to erect a seawall or otherwise reclaim your piece of the coast?
Fidel Ancona from the Ambergris Caye Building Authority explains the procedures in applying for a reclamation project. The most common one at the moment seems to be the construction of seawalls which are proving to minimize the effects of erosion. “At my department, we look into the physical structure of the project before it gets a green light,” said Ancona.
To build a seawall, the applicant must include the following information with the application when it is delivered to the Ministry of Natural Resources in Belmopan: copy of land document, detailed plan showing dimensions of proposed construction/works, location of the proposed construction in relation to property, recommendation from the local municipality, company documents if any, and input from relevant agencies if any. Failure to include these documents could result in a rejected application, said Ancona. 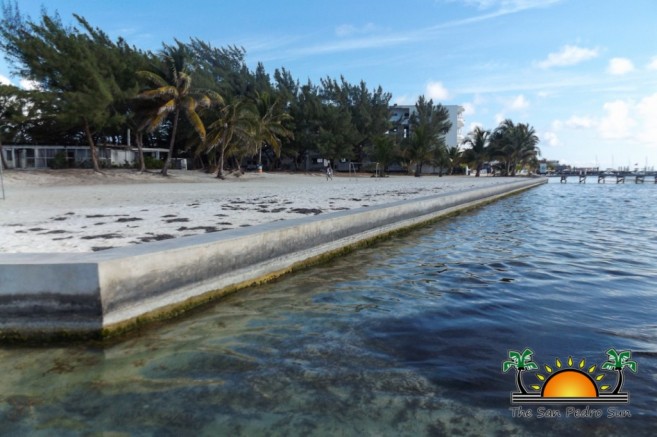 Relevant agencies could include the Department of Environment, said Ancona, especially if there are any mangroves around the property that needs to be cut. The Department of Environment and the Fisheries
Department would need to give out approvals before any clearing of the area can take place. He further mentioned that in some areas, clearing can happen under certain restrictions given by the said entities.
Ancona encourages coastal landowners to work with a different design instead of the traditional vertical one, if they need to construct a seawall. It has proven that it does not effectively minimize erosion, but other designs with slopes have shown an increase in retaining sand, said Ancona.
The San Pedro Town Council has its own plans to decrease the erosion on certain parts of the island — especially in the Boca del Rio area where the erosion is very visible, according to Guerrero.
A seawall will not be the option on this area, he added. 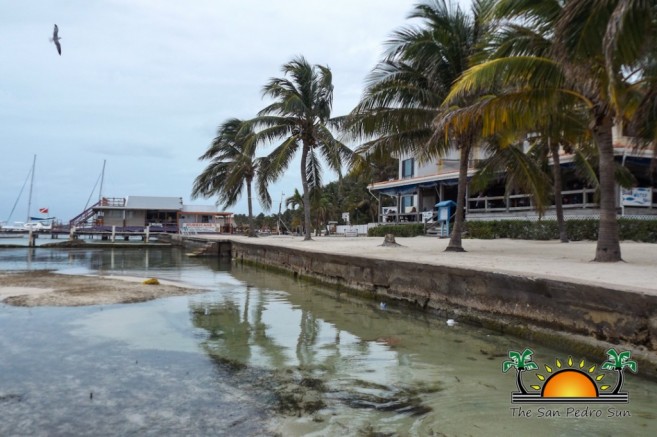 “The Council will start kicking in to make that reclamation from Wet Willy’s dock to Boca del Rio,” said
Guerrero. “We will place a pipe to which all gutters of each building on that area will have to connect to. And when it rains, all that water will drain directly into the sea.
“We are applying this method, due to the facts that the erosion in that particular area is happening because of its low levels and rain being the main culprit as it is obviously visible,” said Guerrero.
“We will then erect a retaining wall made up of three feet of white sand,” he said. “After the retaining wall is done, we will do another filling which will have a slope to give it that natural look. We want to avoid too many seawalls on the island, even though in some areas it is inevitable where prime investments are taking place.”
Guerrero added that even though beach properties are considered Queen’s Land, according to the law, owners are allowed to reclaim in front of their properties in the case of severe erosion. However, all seawalls are accessible to the general public and proprietors cannot stop the free passage to anyone.