Home » Conservation » Environment » The Good, the Bad and the Future of Belize’s Coral Kingdom


Alexander Tewfik – Wildlife Conservation Society
The Belize barrier reef complex is a globally exceptional collection of precious coral, seagrass and mangrove habitats, bejeweled by hundreds of cayes within a massive emerald lagoon and crowned by three magnificent atolls that nurture and protect the land and its people. This wonder of nature, defined as a globally significant world heritage site, has stood for thousands of years, long before the appearance of humans. It is home to a myriad of fish and invertebrates, including millions of tiny polyps that build and maintain castles of stone, which protect the interconnected residents of this unique coral kingdom. This almost fairytale seascape has long benefited humans through natural resources generated and protection from storms, back to the time of the Mayans and later by old world explorers and migrants who eventually settled the shores and called this new world their home. 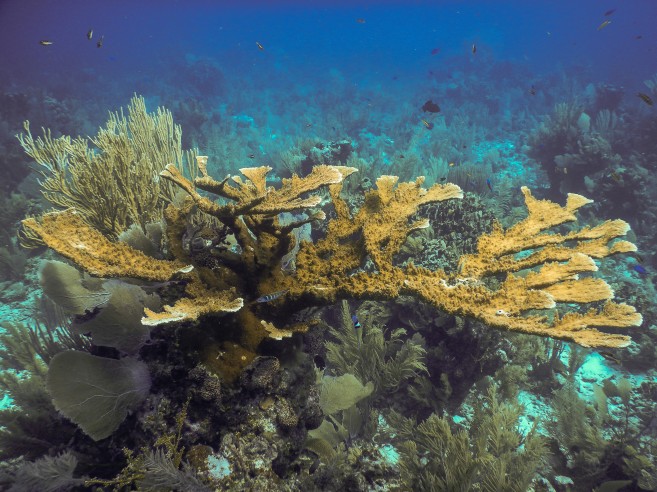 In an effort to protect and maintain the precious natural beauty, nourishing resources and ecosystem services that the barrier reef complex bestows on Belize, its people and many others that journey from far and wide, much effort and finances have been invested by local, national, regional and international interests. These include grassroots conservation, fisher, and eco-tourism groups, government departments, international NGOs, and multilateral bodies. These investments, including the provision of critical assets and capacity building within local communities and institutions, have led to a number of positive actions for the long-term sustainability and conservation of the Belize barrier reef complex. The designation of an impressive and increasing number of marine reserves, national monuments, and embedded replenishment zones has been instrumental in providing a solid foundation for marine conservation that benefits extractive and non-extractive activities. The identification and protection of many important spawning sites for aggregating fish species, including commercially important snapper and grouper, works towards securing assets for future generations. Specific protections for parrotfish and surgeonfish, critically endangered Nassau grouper and marine turtles, conch, lobster, manatee, coral as well as nurse and whale sharks recognizes the need to preserve the natural order of living systems for the long-term maintenance of the barrier reef complex and its bountiful yet finite resources. Most recently, the nation-wide, electronic fisher licensing system, designated managed access fishing zones and enforcement management tools has given national resource management bodies the ability to track and regulate extractive activities like never before. In addition, the commitment by the central government to declare an indefinite moratorium on offshore oil exploration in Belize’s territorial sea, including the Exclusive Economic Zone (EEZ), illustrates a commitment to the impressive marine reserve system and the historical importance of renewable marine resources to Belizeans. 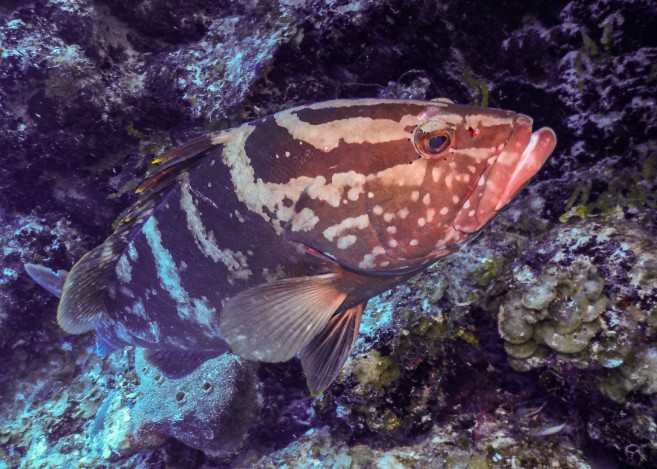 However, despite the many successes and accomplishments towards the long-term securing of marine resources, all is not well in Belize’s coral kingdom. Long-term patterns of catch reveal that many traditionally caught reef-associated scale-fish are landed more infrequently and at smaller sizes and may be defined as overfished for some species. Traditional fishers are now seen to target new species which tend to be smaller and less preferred by consumers or more difficult to access in deeper waters and farther from shore, requiring the burden of more fuel and investment in more costly gear. Protected spawning aggregations for large snapper and groupers are subject to increased poaching in the absence of the necessary patrol vessels and fuel to deter such illegal activities. The extraction of undersized or out-of-season conch and lobster and the lack of size regulations for many fish continue to erode populations that provide the mainstay of livelihoods for thousands of fishers, are sought after delicacies for visitors and critical revenue from exports. 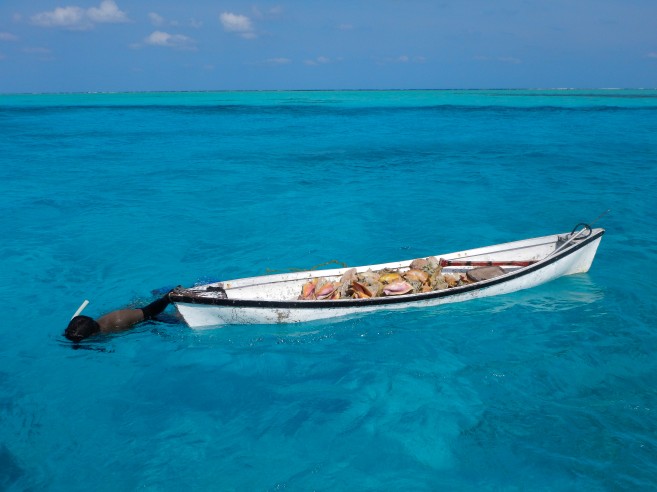 The unregulated deployment of traps, nets and artificial shelters threatens the delicate balance between production and extraction as well as undermining the investment in controlling fishing effort through the managed access approach. The wholesale slaughter of many large-bodied and slow-growing sharks and rays, including rare tigers, nationally protected nurse, and internationally protected hammerheads defies logic given the documented need for such apex predators on healthy reef systems and the much higher value these fish provide as living ambassadors and icons to the thousands of visitors to Belize each year. Much of the illegal and unreported catch of conch, lobster, grouper, snapper, sharks, and rays end up as an undervalued product in neighboring jurisdictions, again due to a lack of appropriate enforcement assets along Belize’s well-defined international borders. The rampant use of oil-based one-time use plastic and polystyrene containers and inadequate recycling allow thousands of such products to pollute the land and waterways, often ending up in the sea as litter or micro-plastics that are consumed and kill all manner of life critical to the reef complex. The increasing frequency and breadth of coral bleaching and coral disease across the barrier reef complex is a clear indication of the consequences of global climate change and threatens to destroy the coral castles that have stood for thousands of years. Although Belize is a minor contributor to the climate change problem the inundation of the reef by nutrients from sewage and fertilizers from upland, coastal and offshore development contributes greatly to the illness seen in coral colonies as well as facilitating the rapid overgrowth of corals and seagrasses by unnaturally high levels of seaweed that thrive on such human deposited pollutants. 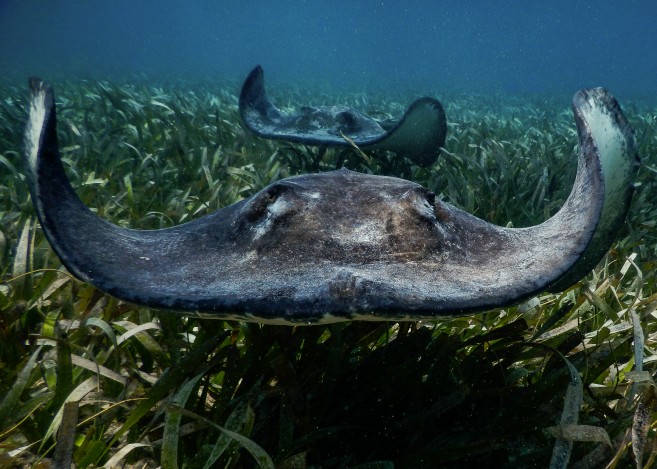 These same nutrients as well as pesticides and heavy metals from under-managed activities in many watersheds also potentially contaminate the flesh of precious fisheries production. It is clear that Belize’s barrier reef complex is under assault and the combined impacts from the land and at sea threatens to tear down the walls of the coral kingdom. Once lost, these unique structures and the exceptional communities around them will be impossible to replace. Therefore, only the combined efforts of all concerned with the long-term well-being of Belize, its people AND its precious natural wonders can save us from ourselves. This begins with a concerted effort to effectively regulate the extraction of resources that balances long-term economic gain with ecological function, a plan that rigorously weighs benefits from extractive versus non-extractive processes, a vision of development for lands, including offshore cayes and atolls that does not negatively impact freshwater, coastal and marine assets and a philosophy that embraces that we are merely caretakers of a collective and inherited wealth that needs to be passed on to future generations.