submitted by Christina Manzi, ACES Marketing, Event, and Fundraising Coordinator
American Crocodile Education Sanctuary (ACES), a wildlife conservation organization located on Ambergris Caye, received a new Club Car Utility Vehicle thanks to funds granted by Fondation Brigitte Bardot. The much-needed vehicle was quickly put to work, as not ten minutes after completing the vehicle registration; it was being used for an emergency relocation of a 10.5-foot American Crocodile named Eeyore, who had situated himself under a residential home and refused to move. Once the animal was safely and humanely secured, it was transported in ACES new vehicle to a location north of town and full of mangrove channels. But the vehicle’s first day on the job wasn’t over yet! Fifteen minutes after the release of Eeyore, ACES received yet another call about a 9-foot American Crocodile named Parta, who had crawled underneath someone else’s home in a different neighborhood and stubbornly refused to vacate the premises. So once again, ACES brand new (but now very dirty) vehicle moved the heavy animal away to a more suitable croc habitat. 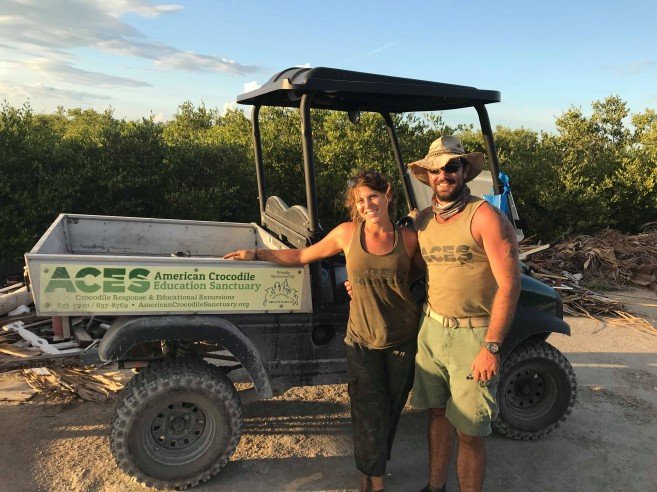 Fondation Brigitte Bardot, a French organization dedicated to animal protection since 1986, has been a key benefactor of ACES, providing funding for emergency wildlife rescues and the construction of habitats for crocodiles in Belize since 2012. ACES previous vehicle was prone to mechanical failure at the most inconvenient times, but thanks to this generous grant and purchasing of the new vehicle, ACES has responded without fail to numerous wildlife emergencies across the island, including the removal of some stubborn snakes, rescue of stranded and/or injured birds, as well as responding to the usual crocodile related calls.
Since relocating crocodiles is not a long-term solution frequently used or suggested, ACES and their new utility vehicle work on numerous community projects to help achieve harmonious human-crocodile coexistence. The vehicle assists in hauling trash during community environmental cleanups, collects and distributes pallets and wood to create croc barricades for those living directly on the water, provides transportation to all educational events, and will be available to assist the community in times of emergency in any capacity ACES can help.
Now you may be wondering, is a crocodile going underneath a home a common occurrence? Not necessarily. There is usually an explanation to why the croc decided to take residence under a home and ways to avoid such behavior in both emergency crocodile response cases that ACES and the new vehicle assisted with, the houses contained a considerable amount of trash and old food scraps used to fill the land that played a major role in attracting the animals to their homes. 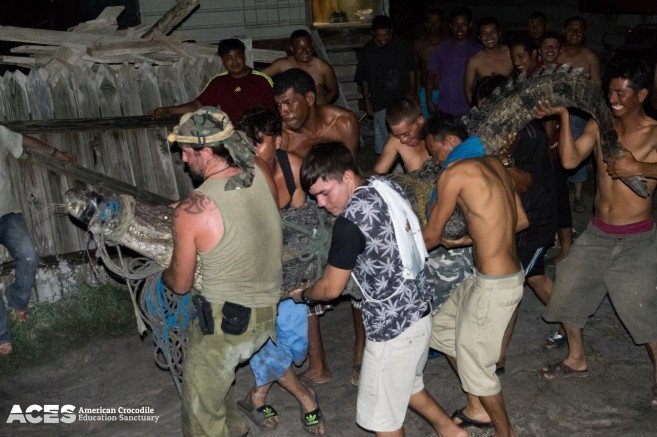 To help find an alternative solution for filling land of low-lying areas, like underneath the homes where crocodiles were situated under, beginning in 2019 ACES will be hosting monthly “Clean Fill Fridays.” Once a month ACES will collect and deliver discarded wood, palms and other sorts of available materials to be used as “clean fill” in low lying areas prone to flooding. “Our hope is that the community will reach out to us and take our offer of assistance in using clean fill instead of trash for their yards, which does detrimental and irreversible harm to the environment once buried, attracts unwanted house guests, and is the cause for all kinds of health concerns for adults and especially children who have to traverse these areas to get to and from their homes”, explains Chris Summers, ACES Director of Operations. 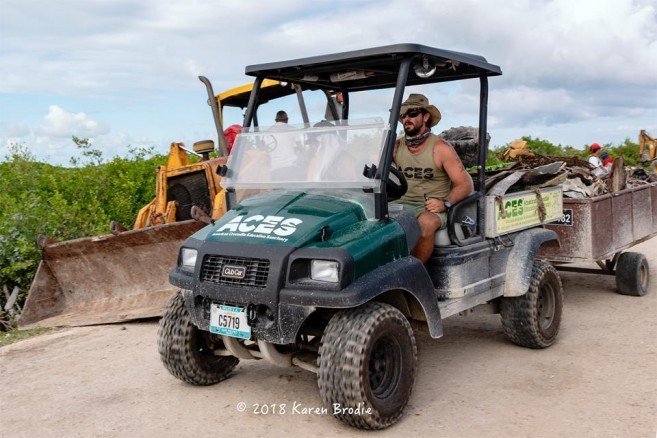 ACES is proud to be able to serve the community on Ambergris Caye, as well as greater Belize, something they’re only able to do thanks to your continued support, and the support from the generous benefactors at Fondation Brigitte Bardot. “We are very thankful to Fondation Brigitte Bardot, as well as the community and other organizations who have donated to support our cause throughout the years. These generous contributions, no matter the amount, are invaluable and immensely assist us in protection and preservation of the precious wildlife and critical wetland habitats of Belize and allow us to continue to do so for years to come.”, commented Summers.
We would like to take this opportunity to remind the authorities and the general public that ACES is on-call 24/7, available to respond to any wildlife emergency day or night, and can be reached directly on 623-7920 or 637-8769, or by emailing [email protected] For more information about ACES, please visit AmericanCrocodileSanctuary.org.