The Mining Unit at the Ministry of Natural Resources, responsible for issuing dredging permits, has confirmed to The San Pedro Sun that no dredging is happening anytime soon at the dock by Ruby’s Hotel in downtown San Pedro. The presence of a dredging machine parked next to the dock has raised concerns since the new proprietors of the property, San Pedro Belize Express Water Taxi (SPBE), have expressed plans to dredge the area to make way for a new boat terminal. SPBE plans to relocate their boat services to the said property, and dredging is a must to accommodate their facility and large boats. This idea has been met with much resistance by islanders and local authorities, who believe the area is not fit for such a project. 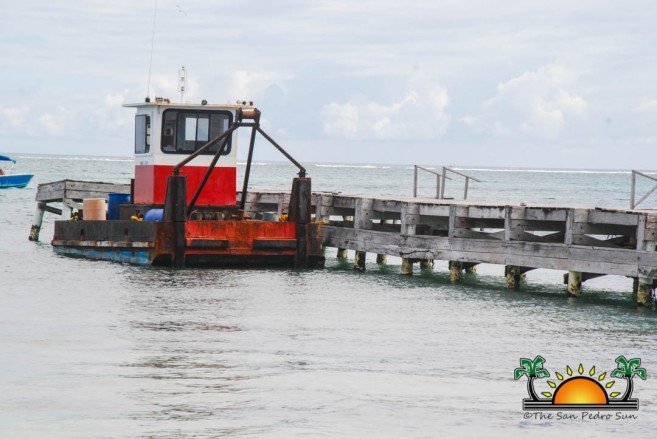 The dredging machine has been docked at the pier for two weeks now, leading many to believe that it was just waiting for the order to start dredging around the dock. Personnel from the Mining Unit told The San Pedro Sun that they are aware of the situation and are in touch with SPBE. As far as they know, they have not submitted any applications for a dredging permit. Thus, no such activity is to take place by that dock. In the meantime, they will continue monitoring the situation and are waiting to see if an application reaches their office.
The project has not been welcomed by many island residents, who are concerned about the docks’ proximity to the San Pedro Roman Catholic Primary School. They fear that with a boat terminal in that area, the current frustrating traffic conditions will worsen further, and pose a threat to the safety of the students, who already have to deal with daily traffic congestion. A few parents also shared with the newspaper that the location is just not appropriate for such development, as it will create a chaotic situation every time boats come and go. They also noted that the only place the water taxi company should relocate to is by the Sunset Boardwalk boat terminal on the lagoon side. 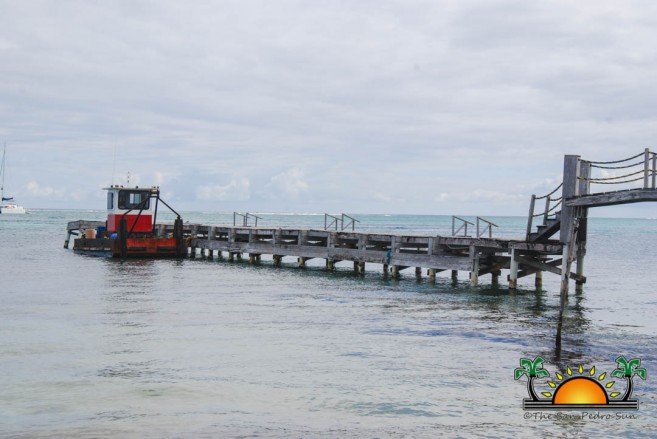 The San Pedro Town Council (SPTC) has publicly expressed its disapproval, stressing that the only place they should move to is to the Sunset Boardwalk. Mayor Daniel Guerrero has publicly said that his administration is against the project and will not support it. If SPBE decides to go ahead and apply for a permit to dredge, they will have to get a recommendation from the SPTC. Guerrero indicated that they would object to it and hopes that the Ministry of Natural Resources will respect their decision and not grant the permit.
Area Representative and Minister of Tourism and Civil Aviation, Honourable Manuel Heredia Jr., who seems to be supporting the project, previously indicated that he was disappointed with the SPTC’s declarations. He agreed with the relocation by the lagoon side, but not until that area is fit for large boats. Water taxi companies complain that the lagoon waters are too shallow for their boats. Thus, they have refused to relocate since the boat terminal was opened in 2014. Heredia further took responsibility for the project that continues to be partially used but did not comment on the allegations that during the project’s consultation period, developers ignored islanders’ suggestions that dredging needed to be done before building the terminal.
There is no further information regarding the construction of the terminal by Ruby’s, and Heredia has said that he is unaware of what the next step regarding this project will be. Meanwhile, the SPTC continues dredging the lagoon-channel to create a more accessible passage for boats. According to them, the works should be done in the upcoming months, and then by law, all water taxi companies must move to the Sunset Boardwalk boat terminal.

We CAN Have Our Conch and Eat it too!