Another dock on the beach? Construction halted following public outcry 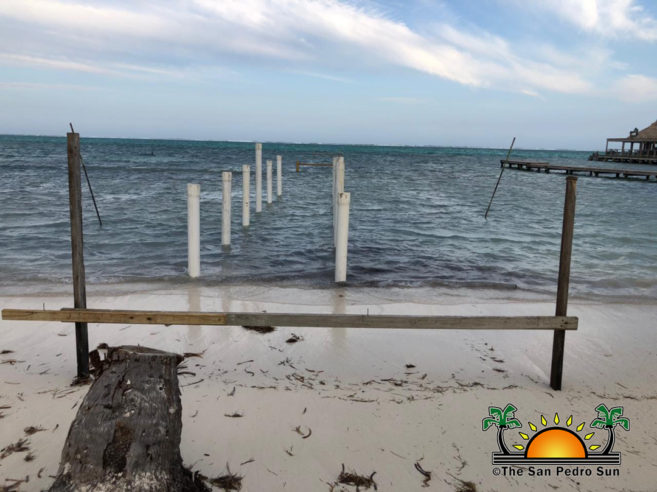 The construction of a new dock along the beach at the Boca del Rio area has triggered public outrage, as many islanders believe the beach is over-saturated with these structures. The project, which received approval from the local Building Unit at the San Pedro Town Council (SPTC), has reportedly been stopped. The project is now under investigation to determine if the Ministry of Natural Resources regulations were followed. 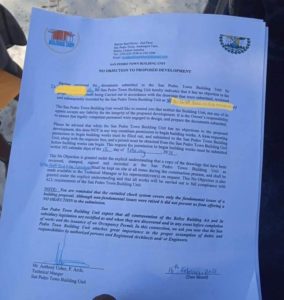 Belize Rural South Area Representative the Honourable Andre Perez did not support the dock’s construction and indicated that it first became an issue following the November 2020 general elections. The project is believed to not comply with environmental regulations and was stopped. Works on the area recently started again with the assistance of a letter from the local Building Unit dated February 16th headlined ‘No Objection to Proposed Development.’ The letter noted that construction could not begin until a form requesting permission was submitted to the Building Unit located at the SPTC. The San Pedro Sun confirmed with the Building Unit that such application was submitted and that the project met all requirements; thus, works commenced.

Perez emphasized that islanders are saying that there are way too many docks on the island, particularly in Boca del Rio. “We are saying it is too much,” said Perez. “Environmentally, it is contributing to erosion,” Perez said that this type of thing must be stopped and will be looking into the matter working together with the Ministry of Natural Resources. The plan is to permanently stop this project and dismantled what is there so far.

Many island residents believe that such saturation of piers along the beach is unattractive and can drive tourism away. The pulse from many is that beach areas are diminishing, and if nothing is done, both Belizeans and visitors will have no beach areas to visit along the eastern coast of San Pedro Town.

Mayor Daniel Guerrero could not be contacted for comment but has weighed in in the past regarding this topic. His administration has maintained that the construction of new piers is out of their jurisdiction. The Ministry of Natural Resources is the only entity granting permits to use the seabed for such developments. SPTC is only responsible for recommending or approving structures to be built via the Building Unit. 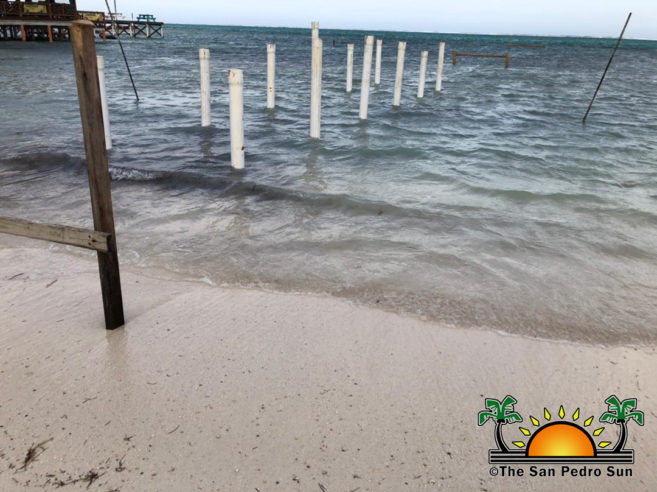 Following natural disasters like hurricanes, Guerrero considered monitoring the number of docks along the eastern coast. However, the number of docks continues to increase. In a previous interview with The Sun, Guerrero spoke about the difficulty of stopping a dock’s construction. “I cannot really stop the docks,” he said. Guerrero emphasized that they can only approve structures. But based on reports, the Town Council can object and prevent the construction of any structure that may seem unsuitable for a particular area.

As the matter is on pause, its future is uncertain, and a final decision on this development could happen following the March 3rd municipal elections. The Sun will continue following.