The beaches of Ambergris Caye, particularly in the downtown area of San Pedro Town, could be a thing of the past if the ongoing erosion is not addressed. This problem is not new, as beaches have been eroding for years; however, some areas of the coastline in downtown San Pedro are disappearing at a rapid pace. 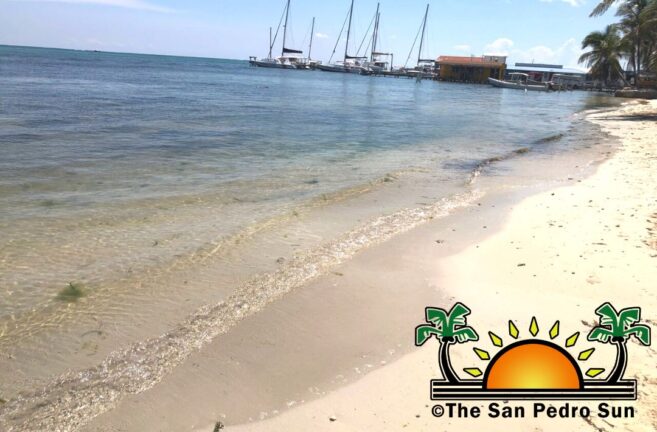 The San Pedro Town Council (SPTC) administration is aware of the continued threat and is reportedly working on a plan to save the beaches. Mayor Gualberto ‘Wally’ Nuñez said his team is working on a beach reclamation project to mitigate erosion. Details of the project will be shared with the public and the media in due time. 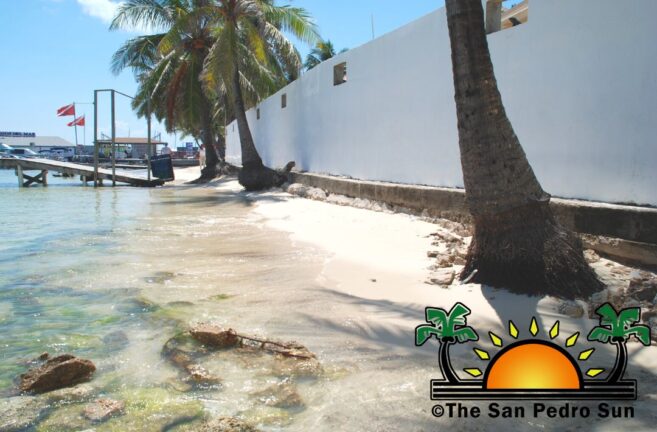 Alarming beach erosion
Speaking with island residents, they shared their concerns as some of the beaches have narrowed significantly. Coconut trees are on the verge of falling into the sea, while sandy areas have diminished. 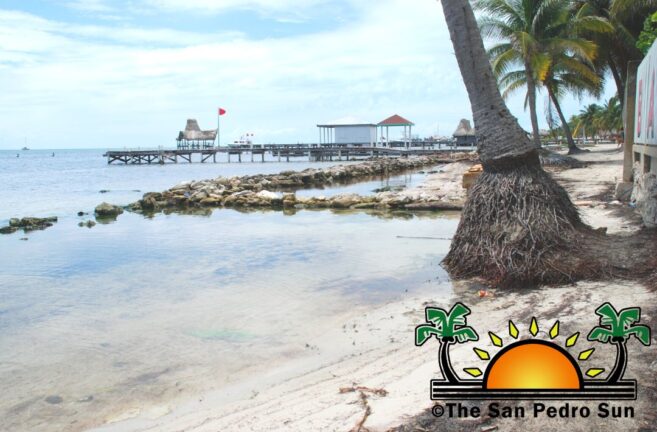 The Boca del Rio beach is used as a street, and a section has been closed due to erosion. The situation is alarming, and residents hope something can be done to save the beaches that support livelihoods and make the island attractive for tourism. 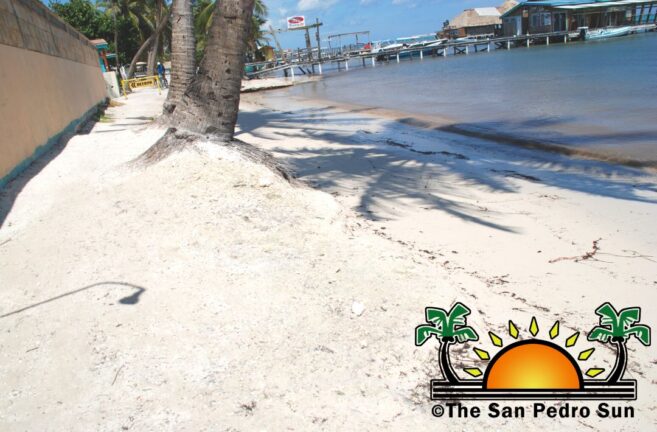 What has been done?
In April 2016, the previous administration at the SPTC partnered with Keith Nichols from the Caribbean Community Climate Change Center and Carianne Johnson from the Pan American Development Fund to find a solution. They conducted a visual assessment to determine the level of erosion on the island’s coastline. According to Johnson, seawalls are the primary culprit of erosion. She commented that most of the seawalls along the shoreline are not correctly built, and instead of protecting the beaches, they are speeding up the erosion process. Over the past months, there have been reports of new seawalls being built. 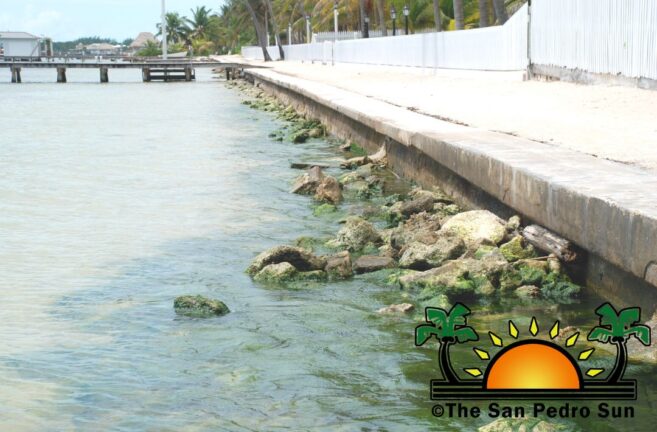 It is unknown if they have followed proper procedures to alleviate the problem. Some property owners have complained that their beaches have disappeared after a neighbor built a seawall. This could indicate that the structures were not constructed adequately, and the relevant authorities enforcing building regulations may not have done their job well. 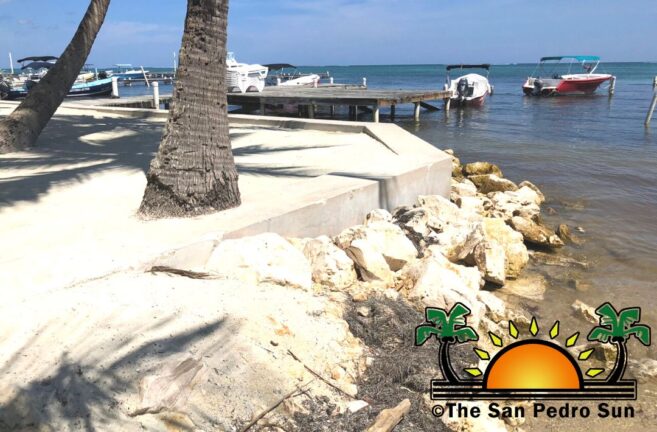 Another factor pointed out was the many docks lining the shore. According to the experts, it can add to the effect of the wave action and shifting currents. Global warming is also to blame as a significant factor in increasing erosion in other countries.

Photos:Dr. Graham presents on the Status of Sharks in Belize