After acquiring the property formerly known as Ruby’s Hotel in downtown San Pedro in December 2018, the San Pedro Belize Express Water Taxi (SPBE) revealed that they had plans of building a large beachfront water taxi terminal in front of the hotel. The water taxi company is currently operating from the Municipal Dock, and is anticipating its relocation as soon as the terminal is built. However, this idea has not been well received by many islanders, including businesses and even The San Pedro Town Council (SPTC). They believe the size of the project is not suitable for the location, given the fact that it is near a primary school, and will add to the already congested area in downtown while affecting neighbors and businesses. Many also object to the location, considering a water taxi terminal has already been constructed on the lagoon side to the island. Despite these objections, the company’s stakeholders have already worked on designs for the construction of the facility and have shared such designs with some of their neighbors to get their support so they can start building the water taxi terminal. 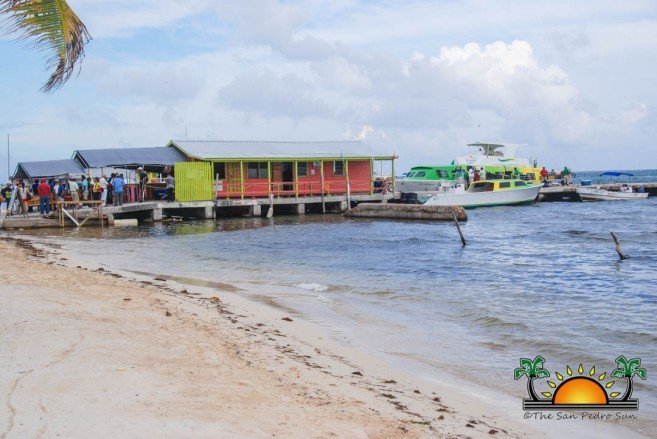 According to those who have seen the plans, the design calls for a massive terminal over the water, complete with coffee shops, restaurant and a three-story parking facility in front of the beach among other amenities. The SPBE investors were recently on the island in the company of Area Representative and Minister of Tourism and Civil Aviation, Honourable Manuel Heredia Jr., trying to sell the idea of the water taxi terminal. They met with Celi McCorkle, owner of San Pedro’s first hotel, Holiday Hotel. This beach hotel, which opened in 1965 is adjacent to the property that was once Ruby’s Hotel. McCorkle is a pioneer in the hotel industry and an advocate for sustainable development. Following the meeting with the investors, she spoke to The San Pedro Sun weighing in on the proposed terminal. McCorkle stated that she has been against over the water structures since 1978 because they can have detrimental effects on the marine environment surrounding the island. However, she can understand people having small piers where they can dock their boats. 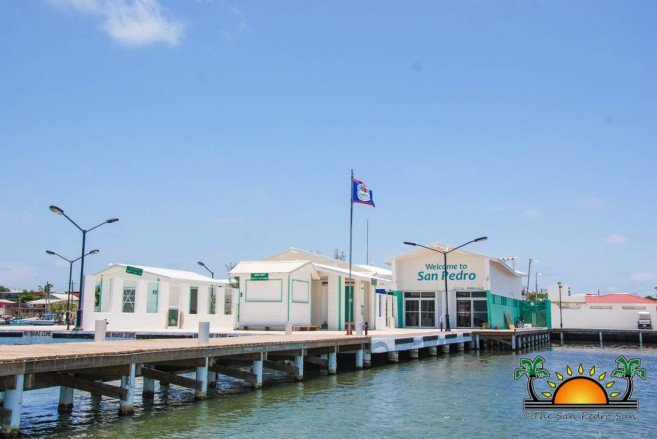 McCorkle is supporting those in the community who are against the proposed terminal. She indicated that she could never support such a project, which will not only affect her business but the entire neighborhood. McCorkle stated that before the meeting with the investors, Heredia had approached her regarding the boat terminal, and asked if she would like to see the plans of the facility. “I told him that I am totally against it,” She said. “During the meeting, they tried to convince me to agree with the plans, but I let them know that I am 500% against it no matter how they change it.” It was reiterated that the location is unsuitable for the said project, as it is in proximity to the San Pedro Roman Catholic Primary School jeopardizing the safety of students. The project is allegedly larger than the property. The property is reportedly only 50 square feet, and the construction is estimated to cover an area double that size. Thus, they would have to build a very long dock, which will harbor large vessels. One of the main concern besides noise pollution is the water contamination caused by the boat’s engines, which would affect the nearby sea life and make the immediate beach area, including Holiday Hotel’s beachfront unattractive. 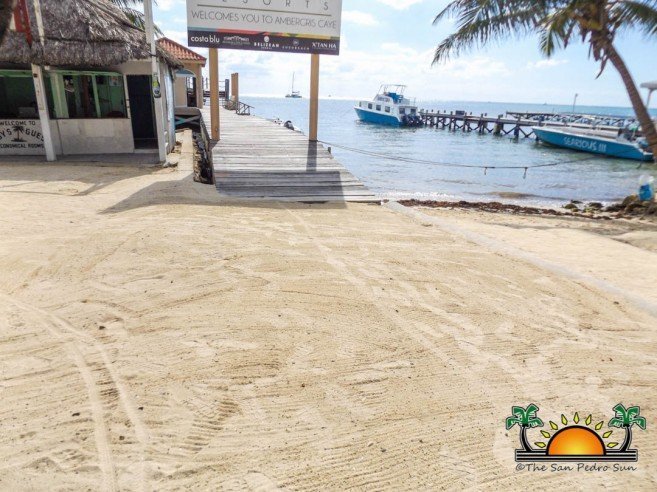 On Wednesday, August 14th, Heredia spoke with The Sun regarding the proposed terminal and stated that the investors would modify the design drastically and reduce the size of the original facility. “I told them that the previous design would not be accepted by the authorities in Belmopan or on the island. So they have gone back to the drawing board and in a couple of weeks they will be back with a new design and will sit with the neighboring businesses to discuss and find out if any additional adjustments need to be made,” said Heredia. “I don’t support the project yet, unless the people on the island do so. If they do not, then I will stand with my people and support them.” In regards to the $5.6 million Sunset Boardwalk Terminal by the lagoon side opened in 2014 for the relocation of all water taxi carriers, Heredia stated that whenever the lagoon channel is dredged, everyone will have to move to the lagoon terminal. He stated that it is unknown when such development could take place because it will take up to $2 million to complete the dredging to accommodate large vessels. “At the moment we do not have those funds,” said Heredia. He could not explain when they would locate such funds and did not guarantee anything for the near future. 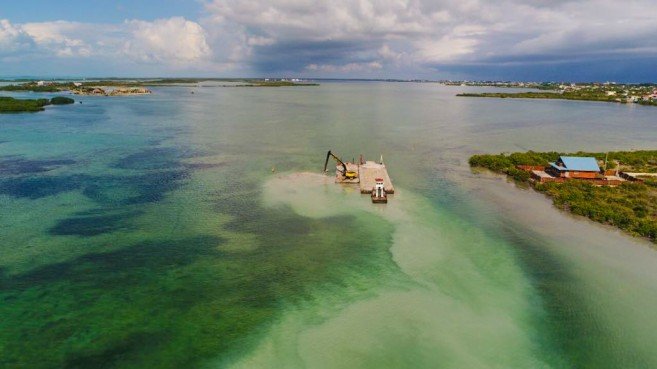 The SPTC continues to object SPBE’s terminal in front of the island, and Mayor Daniel Guerrero maintains that the only place they should relocate is by the Sunset Boardwalk Boat Terminal. In January of this year, the SPTC began dredging the lagoon channel leading to the boat terminal via the services of a private company. However, the project was halted due to financial issues. Guerrero’s administration remains optimistic and hopes to soon find the resources to continue with the project
The San Pedro Chapter of the Belize Tourism Industry Association has also gone on the record against the proposed terminal.

Changes in Pump Prices for Regular Gasoline and Kerosene